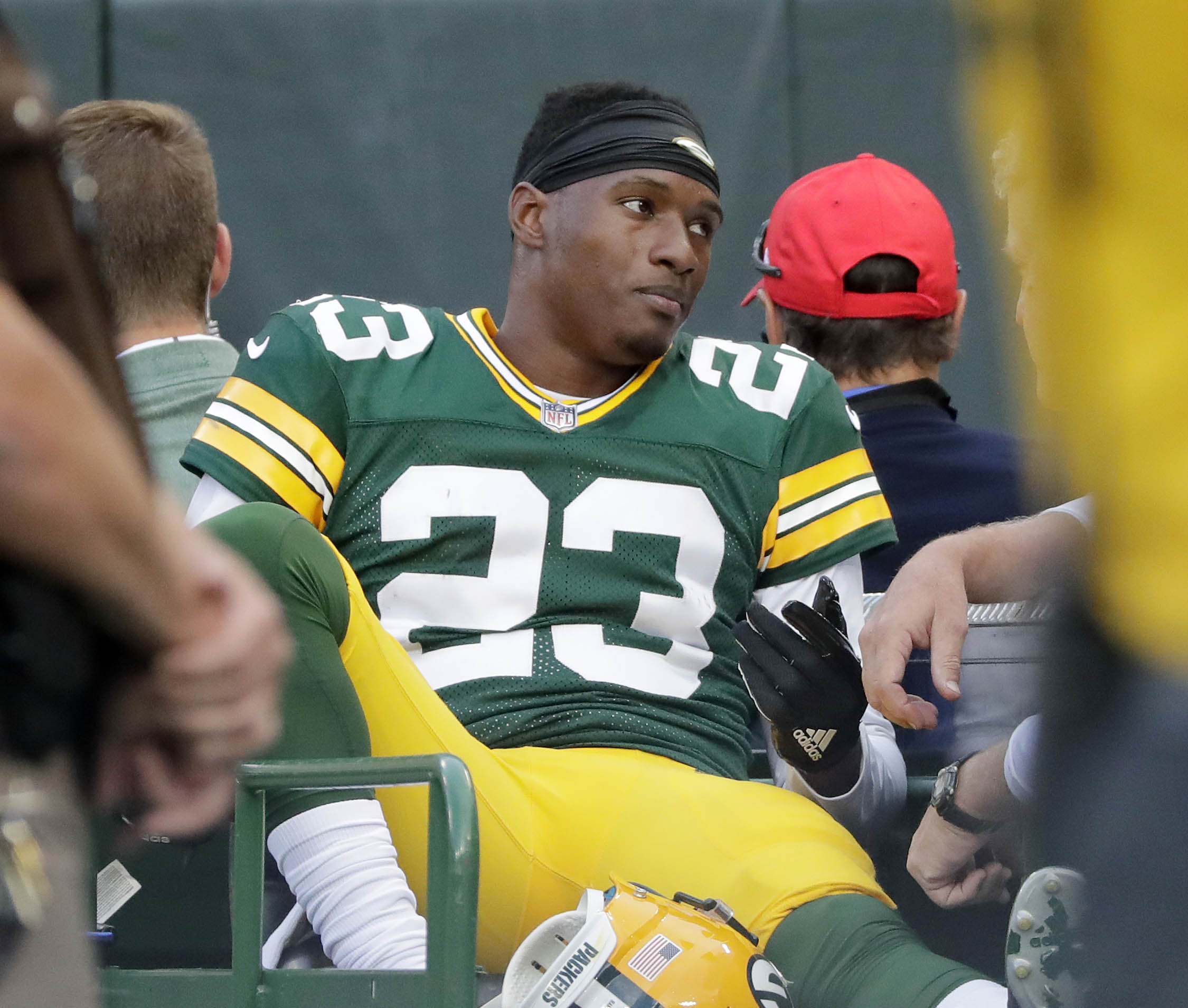 The Green Bay Packers hold two picks in the first round of the 2019 NFL Draft, the 12th and 30th overall selections. Historically, the Packers have picked 12th four times and 30th twice. The results have been decidedly mixed. The Pack has selected one Hall of Famer and several quality starters with these picks and have also endured several big disappointments.

Here is a look back at the Packers past picks at the 12th and 30th spots in the NFL Draft. Keep in mind only first-round selections are listed here, if the 12th or 30th picks were not in the first round, they are not part of this list.

Adderley was the first and the best of the Packers selections with the 12th pick. The Packers selected Adderley out of Michigan State in 1961 where he was a star halfback. He was originally at that position in Green Bay but an injury to defensive back Hank Gremminger meant the Packers needed a cornerback and coach Vince Lombardi moved Adderley to defense. It was a great change and the Philadelphia native quickly took to his new position.

Adderley went on to become a Hall of Fame corner. His speed and anticipation helped him dominate receivers. Adderley was also a fierce hitter and wasn’t afraid to step in and stop the run.

In nine seasons in Green Bay, Adderley intercepted 39 passes and set a franchise record (since broken) with seven interceptions returned for touchdowns.

His most famous interception came in Super Bowl II against the Raiders. Adderley picked off Oakland’s Darryl Lamonica and returned the ball 60 yards for a touchdown. That puck the Packers ahead 33-7 and all but clinched the win in Lombardi’s final game as coach.

Number 26 was selected to the All-Pro team five times with the Packers and was named to the NFL’s all-decade team of the 60s.

The Packers traded Adderley to the Cowboys before the 1970 season and he played in Super Bowls V and VI for Dallas, helping them to their first championship. Adderley won five NFL titles in Green Bay and one more in Dallas. He played in four of the first six Super Bowls, winning three of them.

Adderley was inducted into the Pro Football Hall of Fame in 1980.

The Packers selected defensive tackle Rich Moore with the 12th pick in the 1969 NFL Draft. Moore stood 6’6” and weighed 280 pounds which was very big back in the late 60s when the average lineman weighed about 255 pounds.

The Villanova alum never quite panned out in Green Bay. In two seasons with the Packers, Moore never recorded a sack and was credited with one fumble recovery during his rookie season in 1969.

Midway through the 1970 campaign, Moore suffered a torn Achilles tendon and was lost for the rest of the season.

Seeing he was not an impact player at defensive tackle, the Packers tried to move him to the offensive line during training camp in 1971. That experiment didn’t work, and the Pack dealt Moore to the New England Patriots in late July.

Injuries prevented Moore from ever playing for the Patriots and he retired without playing in another NFL game.

Moore did earn his place in Packers history: he was the last first-round pick made by Vince Lombardi. Just a week after the 1969 NFL Draft, Lombardi announced he was leaving Green Bay to take over as head coach of the Washington Redskins.

The Packers selected fullback Barty Smith with the 12th pick in the 1974 NFL Draft. The University of Richmond product suffered a knee injury in the College All-Star Game which was held just at the beginning of training camp and was never quite the same after that. The injury limited Smith to just nine carries in his rookie season.

Smith wasn’t fast, but he was big and strong which made him a good blocker and a good runner near the goal line.

His best year came in 1977 when Smith led the Packers in both rushing yards (554) and receptions (37). The following year, Smith became a lead blocker for Terdell Middleton who rushed for more than 1,000 yards as the Packers finished 8-7-1.

Knee injuries limited Smith’s availability and eventually ended his career after the 1980 season. He finished his career with 1,942 yards rushing and 21 total touchdowns.

The Packers grabbed defensive end Alphonso Carreker with the 12th pick in the 1984 draft. Green Bay’s defense was ranked last in the league the previous season and Carreker was brought in to try to change that and to replace Mike Butler who had signed with the USFL.

The 6’6”, 268-pound Florida State product started 14 games as a rookie and recorded three sacks. His most productive season with the Pack came in 1985 when he recorded a career-high nine sacks. His best game also came that season when he sacked future Hall of Fame quarterback Steve Young of the Bucs four times during the Snow Bowl Game in Green Bay.

Carreker played for the Packers through the 1988 season and then spent two years with the Denver Broncos. He recorded a sack for Denver in Super Bowl XXIV. While he was never a star, he was a serviceable starter for the Pack for five seasons.

Verba played four seasons with the Packers as their starting left tackle. He later spent three seasons with Cleveland and one with Detroit before retiring after the 2006 season.

Verba was never a Pro Bowl selection or a standout player but he was a steady presence on the Green Bay offensive line for four seasons.

The Packers selected Randall with the 30th pick in the 2015 NFL Draft. Although Randall was a standout at safety at Arizona State, the Packers played him at cornerback. Randall never truly adjusted to the change of position. While he made some big plays, he was very inconsistent in coverage for the Packers.

One of his rookie highlights came against the Chargers when Randall knocked away a pass by Philip Rivers on the final play of the game that preserved a win for the Pack. He later had a pick-six against the Raiders that helped the Packers top Oakland 30-20.

Randall made a key interception in the 2015 playoffs against the Giants and had another pick six against the Cowboys in 2016.

Still, Randall never quite lived up to the expectations the Packers had when they selected him in the first round.

After three seasons with the Pack, new GM Brian Gutekunst traded Randall to the Browns in exchange for quarterback DeShone Kizer. The Browns shifted Randall back to his original safety position. The change was a good one for Randall who played well during his first season in Cleveland.