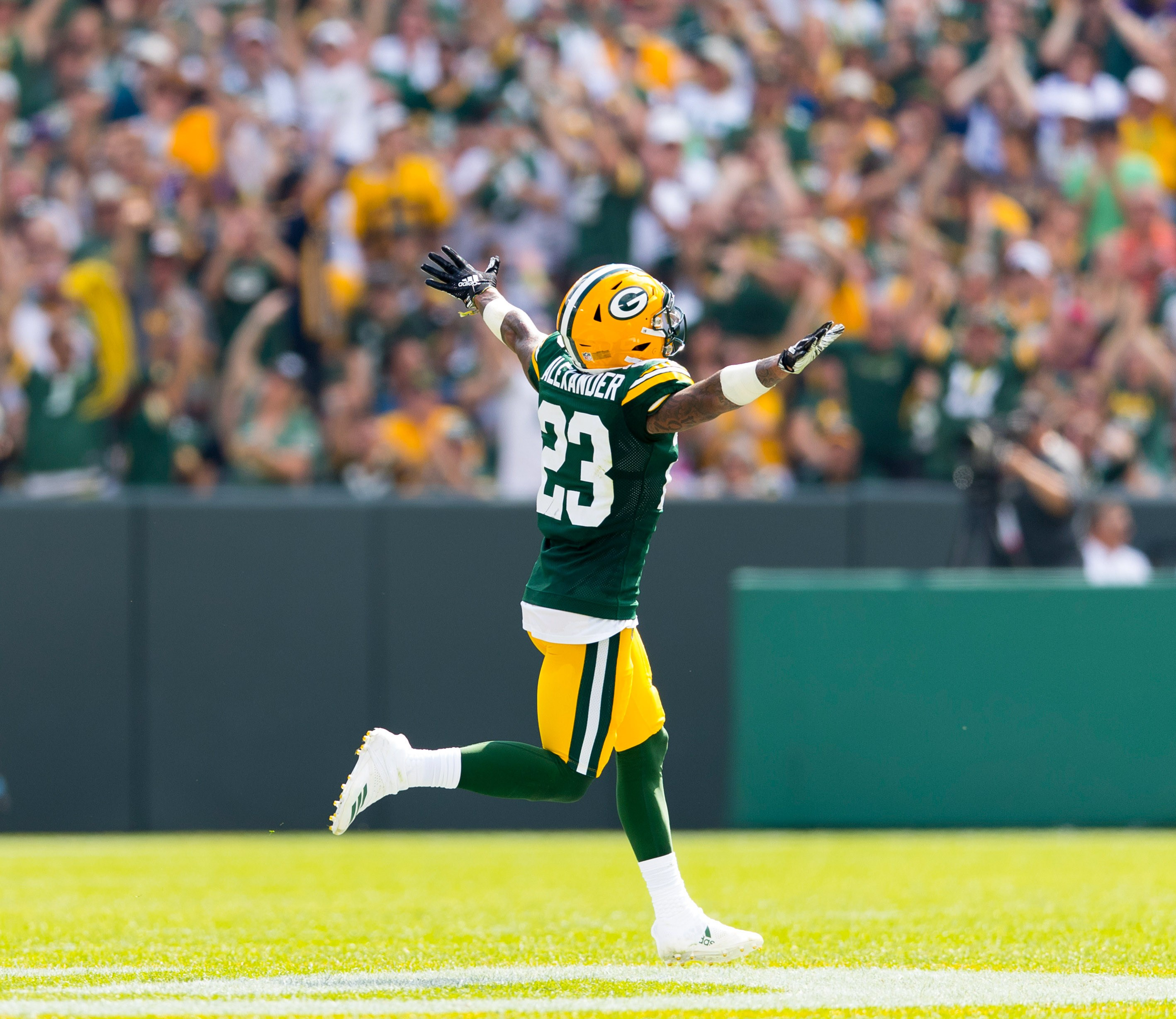 Packers cornerback Jaire Alexander had a very good rookie season last year, but the 2018 first-round pick is confident he can take his game to another level in the second year of his NFL career.

“I have all the confidence in the world,” Alexander told reporters after OTAs Wednesday. “Last year was a great start for me, but this year is going to be my dog year. I’m putting my stamp on this.”

Alexander played well as a rookie. He played in 13 games, starting 11 of them. By the end of the season, he was considered the team’s top cover corner. Late in the season, The Packers asked the rookie corner to stay with Julio Jones of the Falcons. Alexander more than held his own against Atlanta’s perennial Pro Bowler. It was a clear indication of his potential.

Alexander finished the season with 66 tackles and half of a sack. He was credited with two fumble recoveries and 11 passes defended.

“I mean the thing that really jumps out … is his consistency,” Packers defensive coordinator Mike Pettine said of Alexander last season. “It’s just developed over time. He certainly earned our trust.”

At the conclusion of the season, the Louisville alum was named to the Pro Football Weekly All-Rookie Team. His potential was clearly evident.

Perhaps the only major shortcoming Alexander had in his first year in the NFL was that he only intercepted one pass. It came in Week 4 against the Buffalo Bills when he picked off fellow rookie Josh Allen. The interception came in the end zone and helped preserve the Packers only shutout of 2018. The rookie returned the pick 27 yards.

Alexander has always had a lot of confidence. He is the kind of player who helps set an emotional tone for a secondary or even an entire defense.

Veteran defensive back Tramon Williams liked what he saw from Alexander in his first year in Green Bay. “He’s a fearless guy. The sky’s the limit,” Williams said. “As long as he’s healthy and he’s on that field, I think he’ll be special.”

For most NFL players, their biggest jump in their play comes in their second year. Not surprisingly, Alexander is very confident he can take his game to another level in year two.

“The speed of the game has gotten a lot slower,” Alexander noted. “I just want to have a good year. I see myself in the Pro Bowl. I see myself as an All-Pro.”

While he is confident, Alexander is not selfish. He is a team player and realizes the upgrades the team made to the defense this offseason will only help his game especially when it comes to increasing the number of interceptions he can make.

“We didn’t get the ball enough last year,” Alexander admitted. “This year it’s going to change. Our front seven, we’ve got great edge rushers. Those dudes is coming so the ball is going to be out a lot faster.”

Rookie head coach Matt LaFleur likes what he sees so far from Alexander and the defense in general.

I see some talented players,” LaFleur told reporters. “Those guys are really solid young players. I’m excited to see where the defense goes. They feel more comfortable in year two of Pettine’s system. I can definitely see the defense improving.”

The challenge is clear for Alexander in year two: take his game to the next level. If he does, the Packers could have a genuine shutdown corner on the roster, something the team has lacked in recent seasons. That could help the defense and the team take their games to the next level as well.