The Quarterback Have-Nots of the NFL 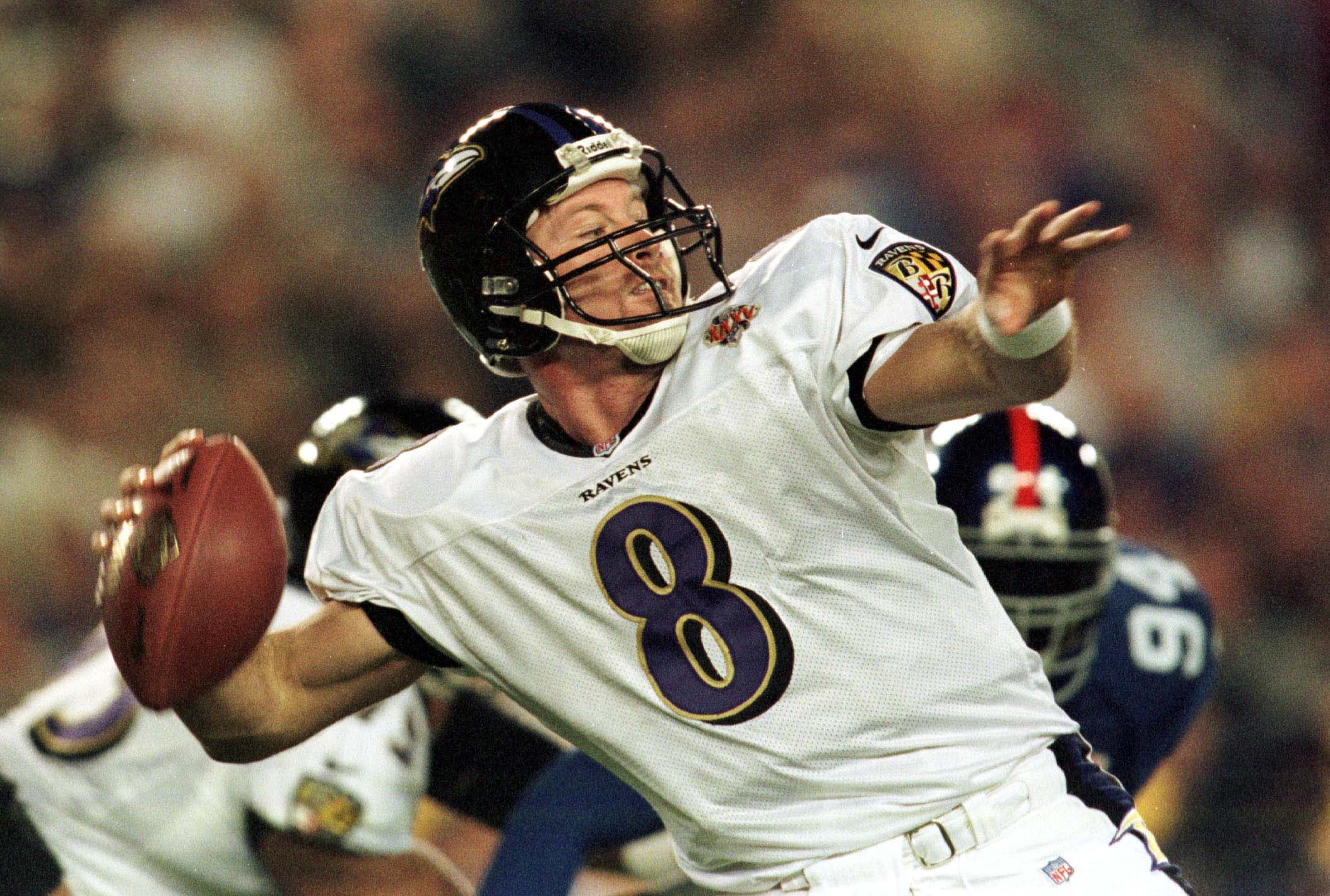 Quarterback is the most important position in the NFL today. The modern game emphasizes the passing attack and the rules make it easier than ever to throw the ball downfield. Without a good quarterback, it is nearly impossible to sustain long-term success in this league and to win championships. When making a bet on NFL Futures at TopBet.eu, it’s essential to pick a team with an elite quarterback.

Some franchises have had a series of outstanding quarterbacks throughout their history. Not just good signal callers but elite players who made All-Pro Teams, won championships and reached the Hall of Fame. The Colts, for example, have had Johnny Unitas, Peyton Manning and Andrew Luck. The 49ers were led by Y.A. Tittle, Joe Montana and Steve Young while Green Bay has featured Bart Starr, Brett Favre and now Aaron Rodgers.

But other teams have consistently failed to produce truly elite quarterbacks which are players who made post-season All-Pro teams or had Hall of Fame careers. These organizations have gone the longest without developing franchise quarterbacks. In most cases, the results have shown on the football field.

Here is a look at the franchises who have struggled the longest without elite players at the quarterback position:

Last Hall of Fame Quarterback: None

The Bucs entered the league in 1976 but have yet to have a quarterback named as a first-team postseason All-Pro and have not featured a quarterback who earned his ticket to Canton for his contributions to the franchise.

The Bucs have featured some good quarterbacks like Vinny Testaverde, Brad Johnson and briefly Steve Young, but none of them have played at a Hall of Fame level in Tampa Bay. No Bucs quarterback has even been named to the Pro Bowl more than once while playing for the franchise (Trent Dilfer, Brad Johnson, Jeff Garcia and Winston each made one).

Current QB Jameis Winston is at a crossroads in his career. If Winston doesn’t step up in 2019, the Buccaneers search for a franchise quarterback will begin again.

The Jets have had one Hall of Fame quarterback since joining the AFL as the New York Titans in 1960. It’s been more than four decades since Joe Willie Namath left the team after the 1976 season and they have struggled mightily to fill his shoes.

While Boomer Esiason, Vinny Testaverde, Brett Favre and Ken O’Brien have made the Pro Bowl while playing for the Jets, those players were either past their primes when they arrived with Gang Green, weren’t consistent enough or weren’t with the team long enough to make a permanent impression on the team’s quarterback legacy.

Second-year starter Sam Darnold had a promising rookie year in 2018 and gives the Jets hope that they have found their next franchise quarterback.

Since then, the Cards have had some quality quarterbacks like Jim Hart, Neil Lomax and Carson Palmer, but none of those have been elite.

Kurt Warner is the closest the Cards have to an elite quarterback and he played well during his brief tenure in Arizona, but he was never named All-Pro with the Cardinals and is primarily in the Hall of Fame for his time with the Rams and “The Greatest Show on Turf.”

This year, they start all over again with the selection of Kyler Murray out of Oklahoma. This marks the second consecutive year the Cardinals drafted a quarterback in the first round of the draft. In 2018, they picked Josh Rosen who has since been traded to Miami. Other quarterbacks the Cardinals have selected in the first round over the years include Matt Leinert, Kelly Stouffer and Steve Pisarkiewicz.

It hasn’t been for lack of trying. The Browns have used five first-round picks on signal callers since they re-entered the league although the first four never flourished on Lake Erie. Tim Couch, Brady Quinn, Brandon Weeden and Johnny Manziel all failed to pan out. Last year’s top pick, Baker Mayfield, shows a lot of promise and gives the franchise their biggest hope since Bernie Kosar left the team in 1993.

The last Hall of Fame quarterback to play for the Browns was the great Otto Graham. Graham played 10 seasons of pro football, four in the rival AAFC and six in the NFL. His teams reached the championship game in all 10 years that he played, winning seven of them including three after the Browns joined the NFL.

The last All-Pro Browns quarterback was Brian Sipe who won the league MVP award in 1980. Sipe had a handful of very good seasons in the late 1970s and early ‘80s, but left Cleveland to join the USFL in 1984.

Frank Ryan led the Browns to their last championship after the 1964 season. He had three very good seasons in Cleveland in the mid-60s but was far from a franchise quarterback.

It’s been more than half a century since the Browns had an elite quarterback leading the team. Now it’s up to Mayfield to take the franchise back to prominence.

The Detroit Lions have been in the NFL since 1930 but they haven’t had a franchise quarterback since the Eisenhower administration when Bobby Layne led the team from 1950-1958.

Matthew Stafford is a good quarterback who has put up solid numbers but has never been considered among the league’s elite and has yet to win a single playoff game during his NFL career. Stafford made one Pro Bowl after the 2014 season. The Lions last Pro Bowl quarterback before Stafford was Greg Landry in 1971.

Over the years, Detroit has used first-round picks on quarterbacks like Pete Beathard, Chuck Long and Andre Ware, but they have yet to find a quarterback who has led the team to their first Super Bowl appearance. It has now been more than sixty years since the Lions had an All-Pro quarterback.

The Chicago Bears have enjoyed success over the years despite lacking a Hall of Fame caliber quarterback since Sid Luckman left the team in 1950. They have done it mostly with elite defenses featuring Hall of Famers like Bill George, Doug Atkins, Mike Singletary, Richard Dent and Brian Urlacher.

The Bears used first-round picks on Rex Grossman, Cade McNown, Jim Harbaugh and Jim McMahon over the years. Only Harbaugh and McMahon became steady starters, but neither were elite quarterbacks.

The Bears had one Pro Bowl season from McMahon in 1985 but have struggled at the quarterback position for most of the last seven decades. Starters have included scrambling lefty Bobby Douglass, Vince Evans, Bob Avellini, Mike Phipps, Mike Tomczak, Kyle Orton and Jay Cutler.

Chicago drafted Mitchell Trubisky in the first round in 2017 and he clearly has some potential. Still, Chicago hasn’t had a franchise quarterback since the start of the Korean War. 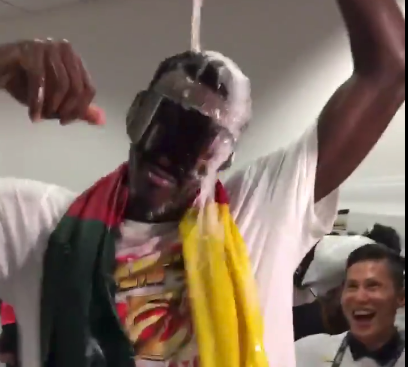 NBA fans are still getting used to the idea of the world champions residing outside the continental United States, but they’ll have the entire offseason...