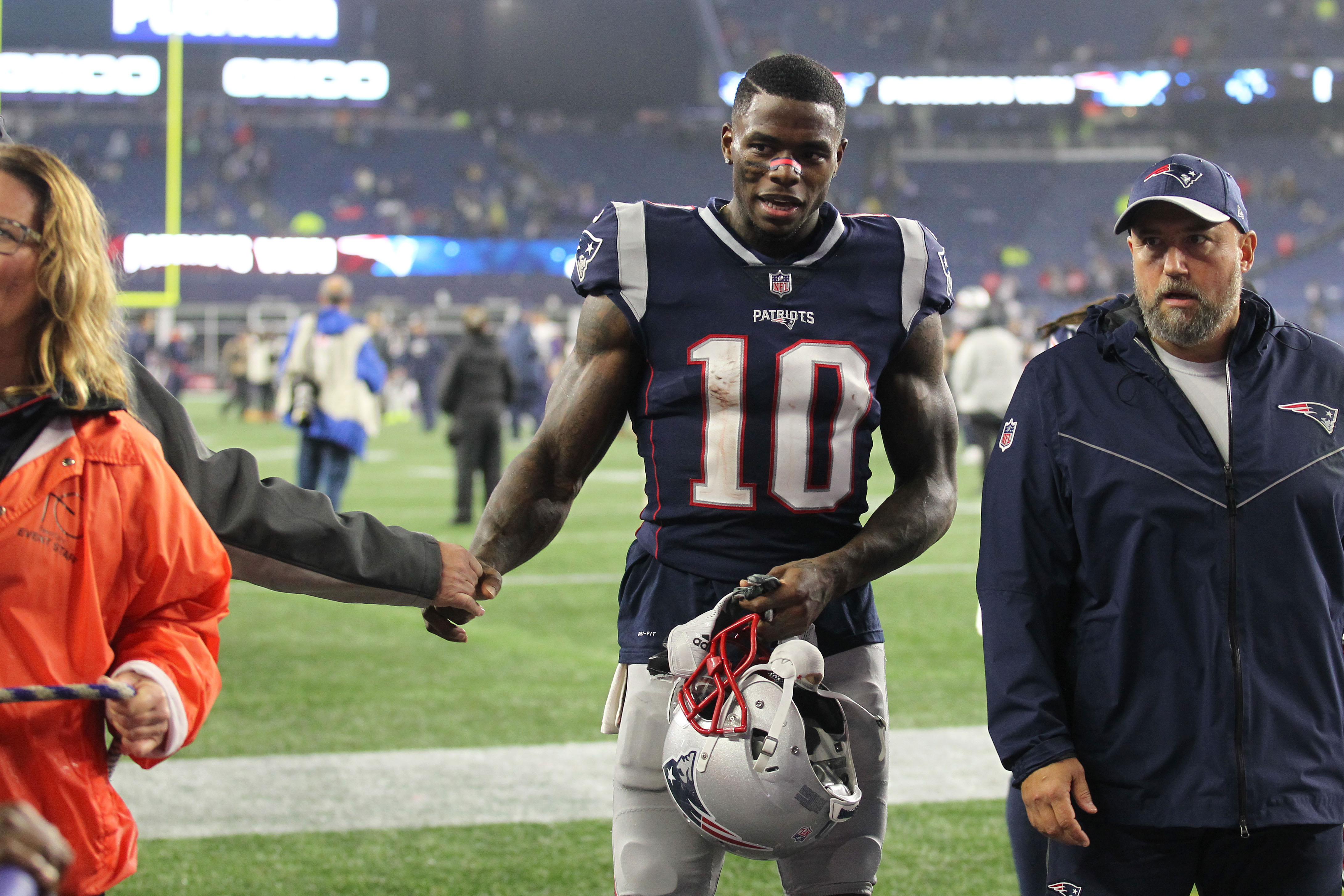 Josh Gordon is currently serving an indefinite suspension, and it’s unclear if and when he’ll be reinstated, but that didn’t stop him from working out with one of the league’s best quarterbacks.

Gordon remains on the Patriots roster, and given how thin the team is at the receiver position, Brady apparently is looking to retain his chemistry with JG, just in case he is cleared to return at some point this season.

As such, he was recently seen working out with Gordon, as you can see in the photos below.

Maybe Brady knows something we don’t, and Gordon could be on track to return at some point this season.