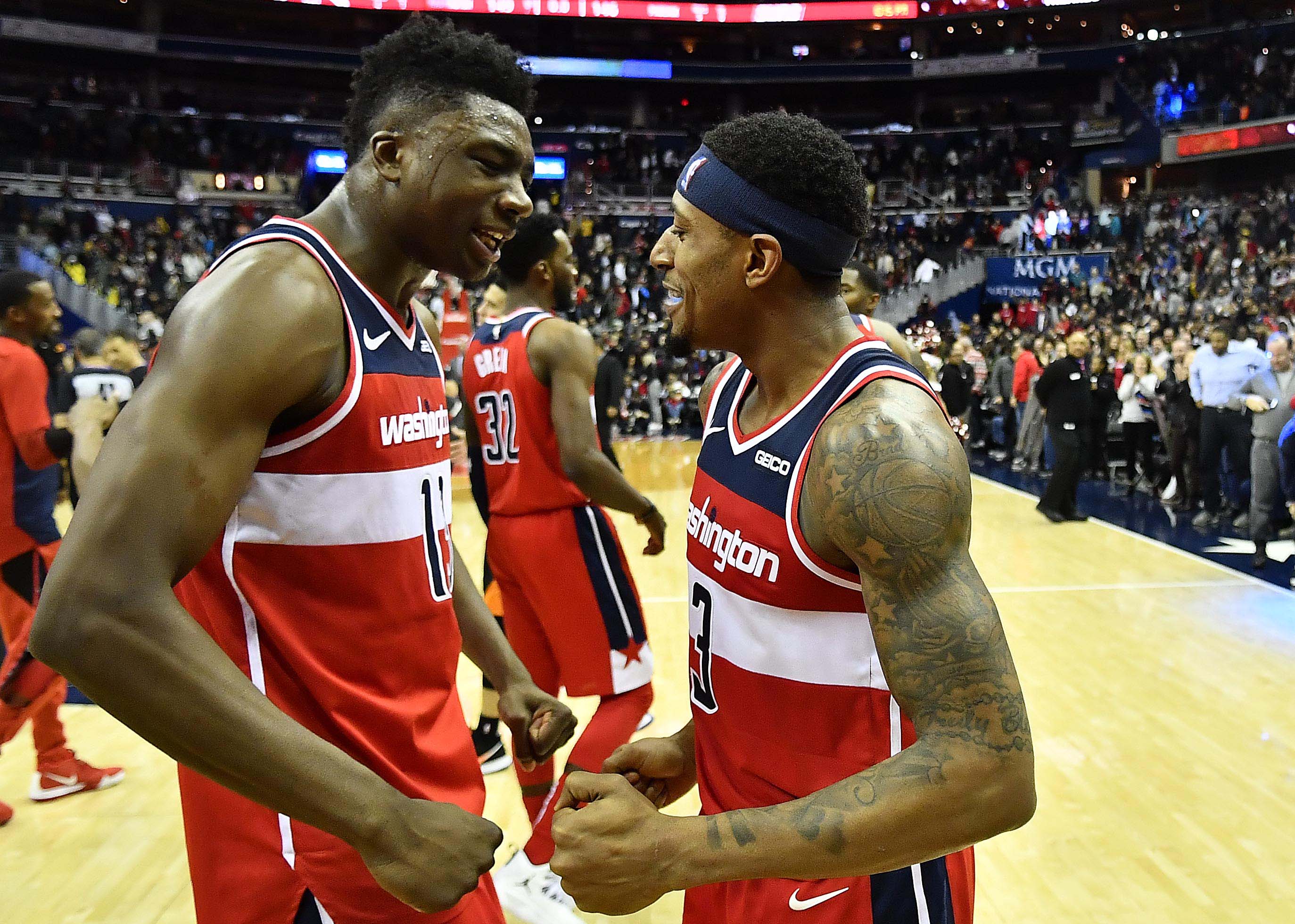 The Washington Wizards have very little salary cap space to cause any fireworks thanks to a reckless amount of spending three years ago. That leaves Tommy Sheppard with somewhat limited options to put together a roster for the 2019-20 season. He’s gotten creative by buying into the second round for Admiral Schofield and signing undrafted free agent Justin Robinson. Then he and his staff made a trade for Mo Wagner, Isaac Bonga, and Jemerrio Jones.

Serving as interim team president, Sheppard has made it clear that the Wizards are prioritizing their restricted free agents, namely Thomas Bryant and Tomas Satoransky. Minutes into the moratorium portion of free agents, Washington re-signed Bryant to a three-year, $25 million contract fully guaranteed. ESPN’s Adrian Wojnarowski was first to report the deal.

The Wizards still have the now expiring contracts of Ian Mahinmi ($15.5 million) and Dwight Howard ($5.6 million) because of the generosity of Ernie Grunfeld, but Bryant will be penciled in as the opening night starter. Bryant was part of a close-knit core that included Bradley Beal and Troy Brown Jr. last season. The trio could now see themselves starting together for the foreseeable future.

I see you out here getting that bread today👀😈🙏🏾 @nolimittb31

Because Washington only held Bryant’s Early Bird Rights, they could only offer him a Year 1 salary of $9.5 million, the average NBA player salary. If the Wizards went the traditional contract route with 8% raises, Bryant’s cap hit would be $7.7 million in 2019-20, $8.3 million in 2020-21, and $9 million in 2021-22. The organization loves the drive and motivation of the soon to be 22-year old next month and believe he will fully live up to and exceed this contract.