Packers Position Preview: Running Backs Will Be a Pivotal Part of New Offense 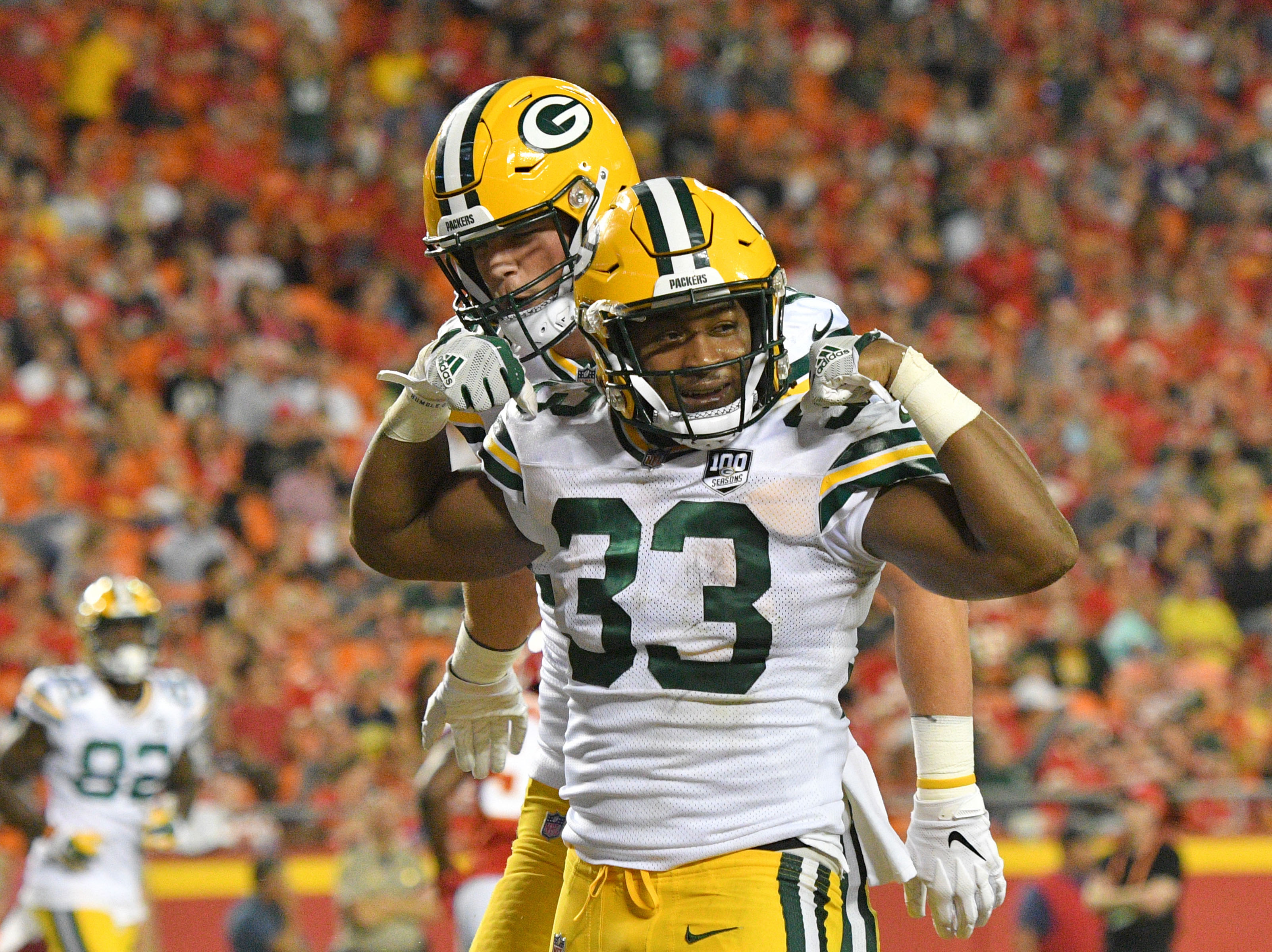 Packers Position Preview: Running Backs Will Be a Pivotal Part of New Offense

Rookie head coach Matt LaFleur is introducing a new offense to the Packers, the first time in 13 years that the team needed to learn a new system. Running backs will play a bigger role under LaFleur than they did under Mike McCarthy. Not only will there be an increased emphasis on running the football, but LaFleur likes to utilize his backs as receivers more often than McCarthy did, making their contributions even more vital than in years past.

Do the Packers have enough talent and depth at running back to take the new offense to the next level? Expect LaFleur to rotate his backs and give consistent touches to two or more likely three backs. Here is a look at the Packers running backs and how they fit in heading into training camp.

Jones will be put to test under LaFleur’s new system. In his limited chances, he has shown his explosiveness when running with the football. Last year, he led all qualifying NFL backs with a 5.5-yard average per carry. The big question is can Jones stay healthy. In both his rookie year and last season, injuries limited him to 12 games and that’s without the increased responsibilities expected in the new offense. Jones worked on his pass blocking and receiving last season but needs to continue to improve in these areas to see the field more often. If he can stay healthy, a 1,000-yard season is a real possibility for Jones in 2019.

Vitale is the most likely candidate to start the season at fullback. Last year, McCarthy went without a fullback on the roster, but LaFleur is likely to carry one. Vitale is a workmanlike fullback who can catch the occasional pass out of the backfield. He was active for the Packers final five games last season. In three NFL campaigns, he has never carried the football and has caught eight passes for 48 yards. His biggest role on offense will be blocking and he will contribute on special teams.

Jamaal Williams is a hard-working, steady football player who does several things well, but is not outstanding in any particular area. He is a tough, between the tackles runner who lacks the elite speed to get outside. Jamaal Williams is a better pass protector than Jones. He can also make catches out of the backfield. Jamaal Williams may see more playing time under LaFleur especially if he demonstrates he is the best receiver and blocker on the roster.

Dexter Williams is a rookie out of Notre Dame who the Pack selected in the sixth round of this year’s draft. He has the talent to start in this league, but his draft stock fell due to some off the field issues in his past. If Dexter Williams proves he is dedicated and learns the offense, he should get some carries, especially later in the season. Don’t be surprised to see some highlight reel runs from Dexter once he proves he is ready. He has breakaway speed and the talent to play in this league.

Carson was signed by the Packers practice squad last October and was active for four games. He also played two games for the Bengals before they released him earlier last year. Carson was undrafted out of Texas A&M in 2016 and will be 27 this October. While he has good size and can catch the ball well out of the backfield, Carson lacks the speed and explosiveness to be an elite NFL back. He has the size and knowledge to be a solid contributor on special teams and to serve as a useful backup.

Johnson will battle Vitale for the fullback position. Johnson is a converted tight end who played for the Browns for two seasons in 2015-16 before spending time on the Seahawks practice squad in 2017 and in 49ers camp last summer. He finished last season on the Pack’s practice squad. At 6’1” and 231 pounds, Johnson has the size required of a fullback. He will have to beat out Vitale and anyone else the Pack signs for the one roster spot.

Keeping Jones healthy will be a key for the offense this year. If Jones can stay on the field and improve his blocking and receiving, he can have a Pro Bowl season in LaFleur’s offense. Jamaal Williams is the kind of player that will always earn playing time because of his steady play and hard work. His receiving ability may also get earn him more reps. Dexter Williams may surprise some people if he shows his off the field issues are behind him. The running backs will be an important part of this new offense. If this group fails rises to the occasion, they can take some of the pressure off Aaron Rodgers. If they fall short, the adjustment to the new system will likely be a struggle.