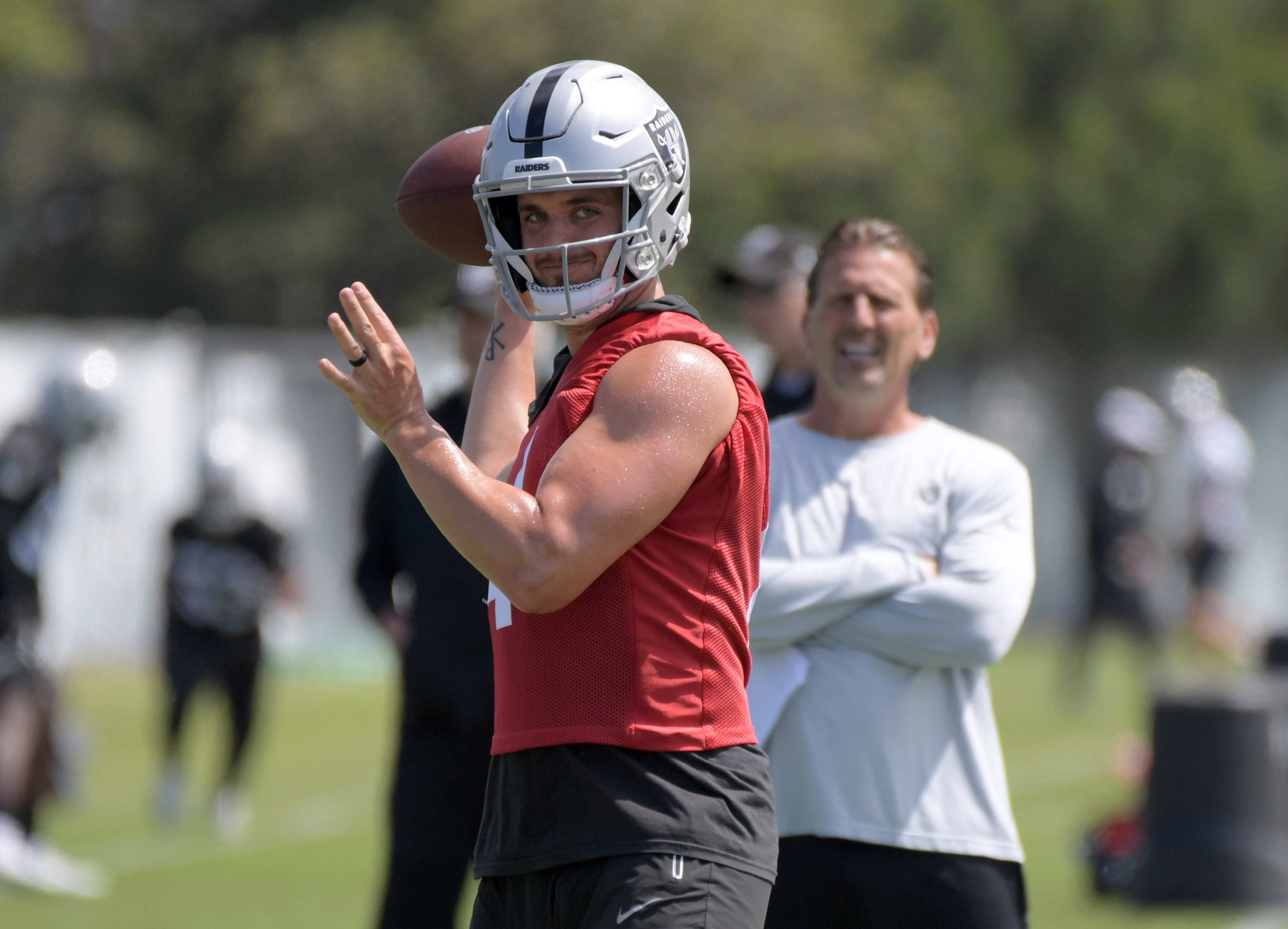 It’s been said that Raiders quarterback Derek Carr isn’t emotionally strong enough to be coached by Jon Gruden, although he seemed to hold up fairly well last season.

Still, the book is still out on if Carr is the signal-caller to lead the Raiders going forward, and all eyes will be on him next season, now that he has a few weapons around him.

One particular offensive coach that works for an NFL team doesn’t appear to believe that he’ll last, in comments he made to The Athletic’s Mike Sando.

“He is sensitive and needs encouragement, and that is not the style he is going to get,” the coach told Sando. “When someone shows disappointment in him, he shrinks. The head coach not coming out and completely endorsing him has to be eating him alive.”

It almost sounds like the coach is a division rival, trying to bury Carr, but it was worth hearing regardless.