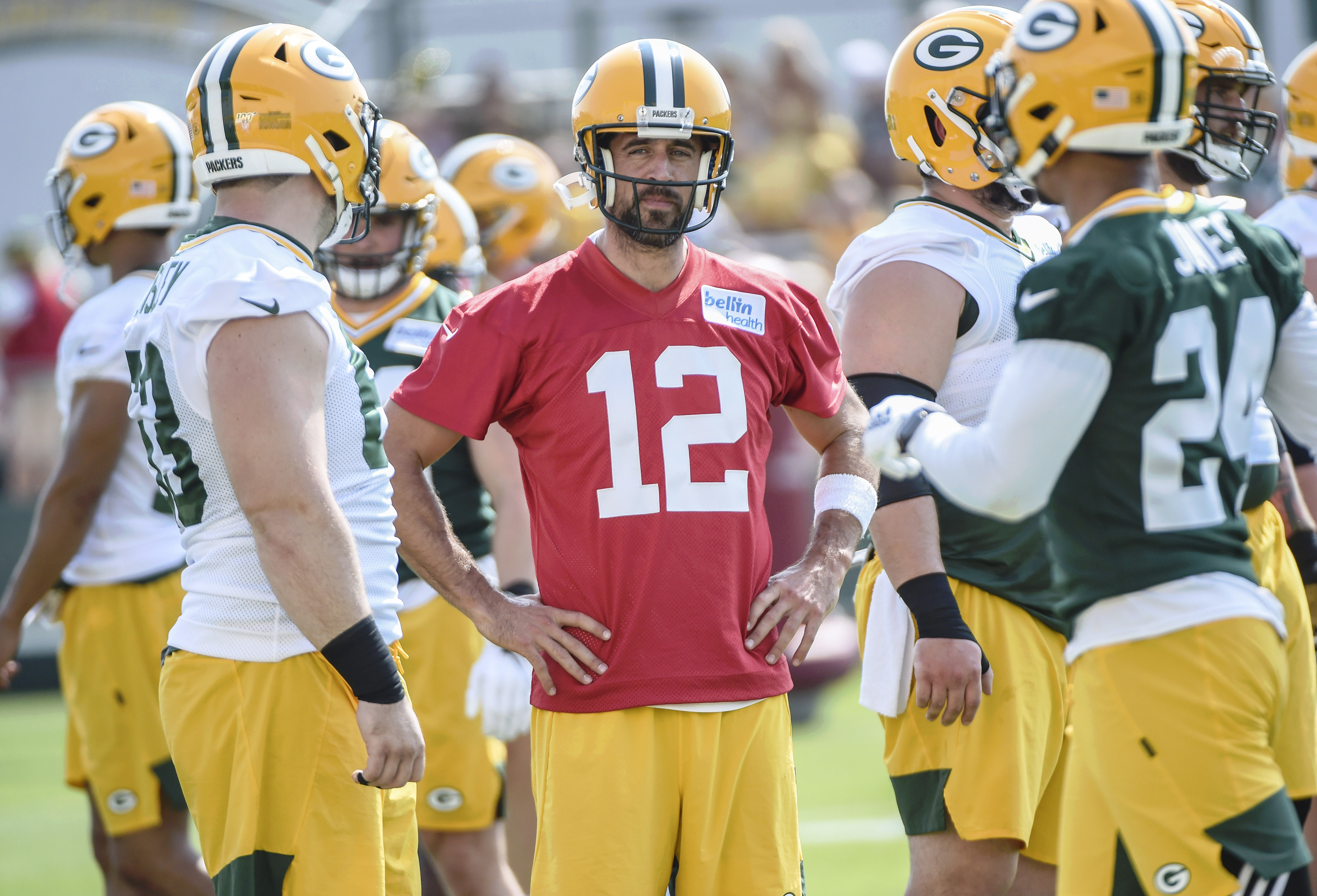 Training camp is in full swing now for the Green Bay Packers. The team is now officially preparing for the 2019 season with preseason football just two weeks away.

Here is a look at five key things to look for as training cap gets started:

1. How Quickly Is the Team Picking Up the New Offense?

For the first time in more than a decade, the Packers have a new head coach installing a new offense. Everybody involved has admitted that learning the new plays, terminology and reads is a process that will take time.

On the first day of training camp, Aaron Rodgers admitted that the new offense is “kind of in its infancy right now in training camp. I think it has a lot of room to grow and it’s going to be fun.”

Right now, even the most experienced veteran is not as familiar with the new offense as he was with the previous system. Getting everybody comfortable with the new scheme and making it all second nature will be a key to the team’s success this season. This will test LaFleur’s coaching and teaching abilities right out of the box.

In red zone drills on Friday, the defense was clearly ahead of the offense and was able to cause several turnovers. Now it’s up to the offense to catch up.

The Packers open the season in Chicago against a Bears team that had one of the best defenses in the league last year. How quickly the team gets comfortable in the new offense will go a long way towards determining what kind of start the Packers get off to and what kind of season they can have.

2. How Is the Relationship Between Aaron Rodgers and Matt LaFleur Developing?

Most of the offseason news surrounding the Packers revolved around the breakdown of the relationship between Rodgers and former head coach Mike McCarthy. All of that is in the past. The key for the Packers now is how will Rodgers get along with his new coach and what will their relationship be like?

Keep in mind, coach and quarterback don’t have to become lifelong friends. What they do need to develop is a respectful, practical working relationship.

One major issue concerns how much freedom Rodgers will have to call audibles at the line of scrimmage. Under McCarthy, the quarterback had a lot of freedom to change the play. LaFleur has indicated his offense doesn’t give the signal caller as much flexibility. This will be an ongoing process that both men will get a feel for as they work together more often.

The early signs appear to be positive. Rodgers told reporters on Friday, “The on-the-field relationship is one that grows over time. He hasn’t called a play into me in a game situation yet, so there’s a process of feeling comfortable with the way the play comes in and him trusting me and me trusting him. But I feel great about the communication. He’s in every meeting. We spend time one-on-one talking about stuff. He’s the main voice in the offensive room, but he really appreciates open conversation and ideas and creativity. It’s been a great relationship, a great start to it, and I look forward to that growing and getting into that rhythm with him as a play caller.”

The Packers want Rodgers to be comfortable, challenged and engaged. This relationship is a key one for the success of the 2019 Packers and Matt LaFleur’s future as a head coach.

3. Is the Defense Adjusting to Their New Roles?

The Packers will be playing the same defensive system this season as defensive coordinator Mike Pettine returns in the same role in 2019. But there are a lot of new additions to the team’s lineup as training camp opens. Many key contributors to last year’s defense are gone like Clay Matthews, Nick Perry, Mike Daniels, Ha Ha Clinton-Dix, Kentrell Brice and Bashaud Breeland.

In their place, the Pack has added Za’Darius Smith, Preston Smith, Adrian Amos and rookies Rashan Gary and Darnell Savage. Other players are expected to take on bigger roles as a result of departure of some of the previous key contributors.

How will young players like Oren Burks, Josh Jackson and Montravius Adams do with potentially bigger roles? And how will the new rookies and free agents fit into Pettine’s system?

These will be key questions for the team to address over the next month in training camp.

Special teams has been a big problem area for the Packers in recent years. This year, the team added a new special teams coordinator in Shawn Mennenga. It will be up to him to help this unit eliminate multiple breakdowns, ill-timed penalties and the sloppy play it often exhibited in recent seasons.

The Pack will need to find a reliable kick and punt returner and improve their coverage teams. Trevor Davis, Jawill Davis and Javien Hamilton will be among the candidates at return specialist.

Coverage teams also need to be a lot better as the Pack gave up too many big returns in 2018.

Special teams only seems to get attention when they make mistakes, but this unit needs to improve for the Pack to compete in 2019.

5. Can the Pack Stay Healthy?

Injuries are a part of football and every team must deal with them over the course of the season. On paper, the Packers are a deeper team than they were a year ago, but the team would clearly benefit from fewer injuries to key personnel than they suffered a year ago.

By the end of last season, all three of the Packers starting defensive linemen were sidelined, most of their starting secondary, their top running back, several offensive linemen and even their top wide receiver. Rodgers also played the entire season with significant injuries that clearly affected his play.

No team avoids injuries altogether, but a keeping more key players on the field and effective will be a big help towards the Packers success this season.