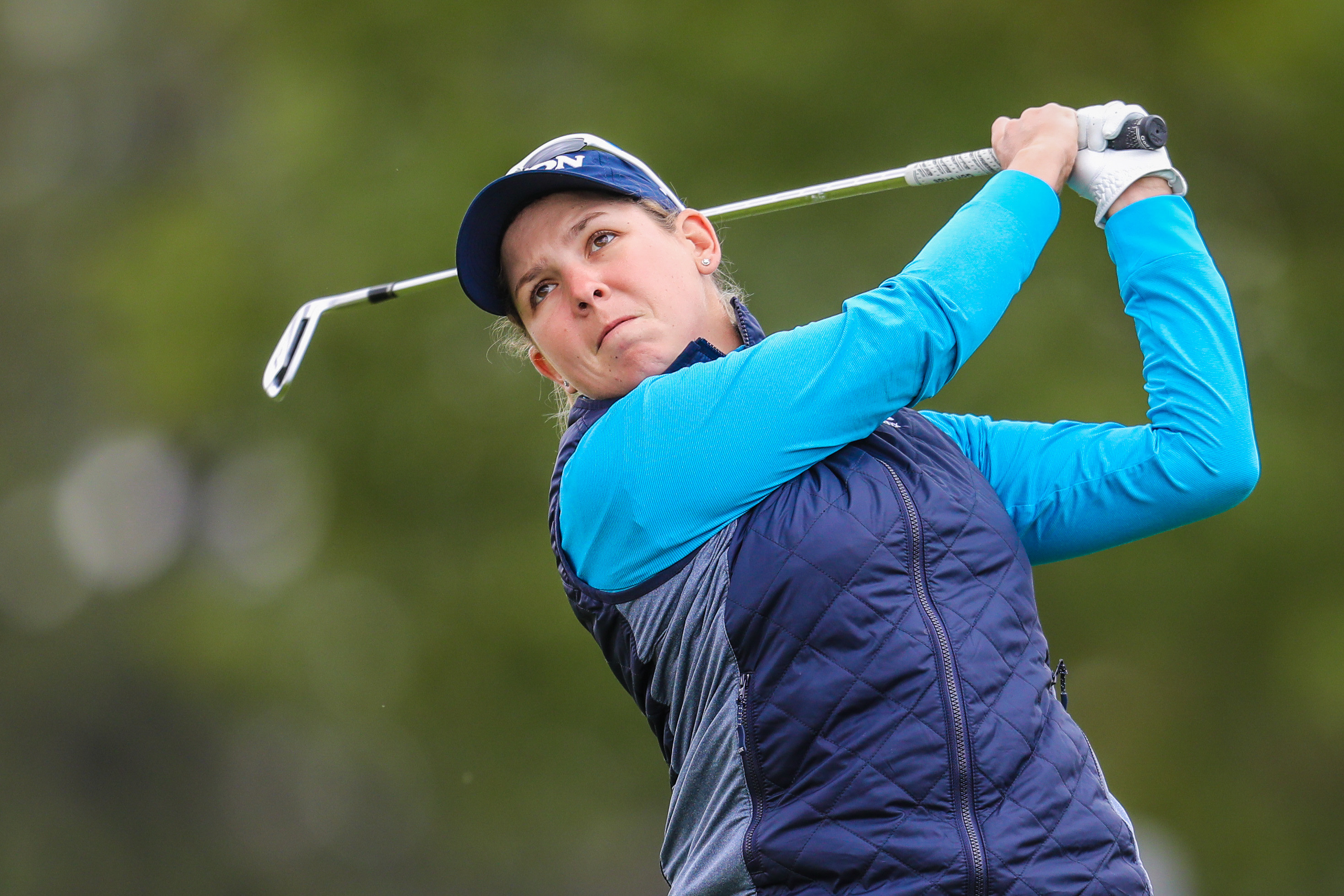 Ashleigh Buhai of South Africa is the surprise first round leader after 18 holes of the 2019 British Women’s Open from the Woburn Golf Club in Buckinghamshire, England. Buhai, who is ranked 123rd in the Rolex Women’s World Golf Rankings, has not finished in the top 10 in any event on the LPGA Tour this season.

A three-time winner on the European Tour, Buhai has won in Portugal, Spain and South Africa since 2007. On Thursday, Buhai had the round of her life. She shot a round of seven under par 65. Buhai collected eight birdies and one bogey. She birdied the second, third, sixth, seventh, 10th, 14th, 15th and 16th holes and bogeyed the 11th hole.

Nine other golfers are in contention and within three strokes of the lead in the fifth and final major of the season in women’s golf. Hinako Shibuno of Japan and Danielle Kang of San Francisco, CA are one stroke back at -6. Megan Khang of Rockland, MA, Sung Hyun Park of South Korea, Charley Hull of England and Moriya Jutanugarn of Thailand are two strokes back at -5. While Jeongeun Lee of South Korea, Jin Young Ko of South Korea and Ariya Jutanugarn of Thailand are three strokes back at -4.

Unlike many courses in Europe which are traditional links courses, the Marquess Course at the Woburn Golf and Country Club in Buckinghamshire is situated in the woodlands and is very green, much like the prestigious golf course of Sahalee Country Club in Washington state.

The Woburn Golf and Country Club also has a royal connection. That is because the course is situated on the Duke of Bedford’s Woburn Abbey estate.