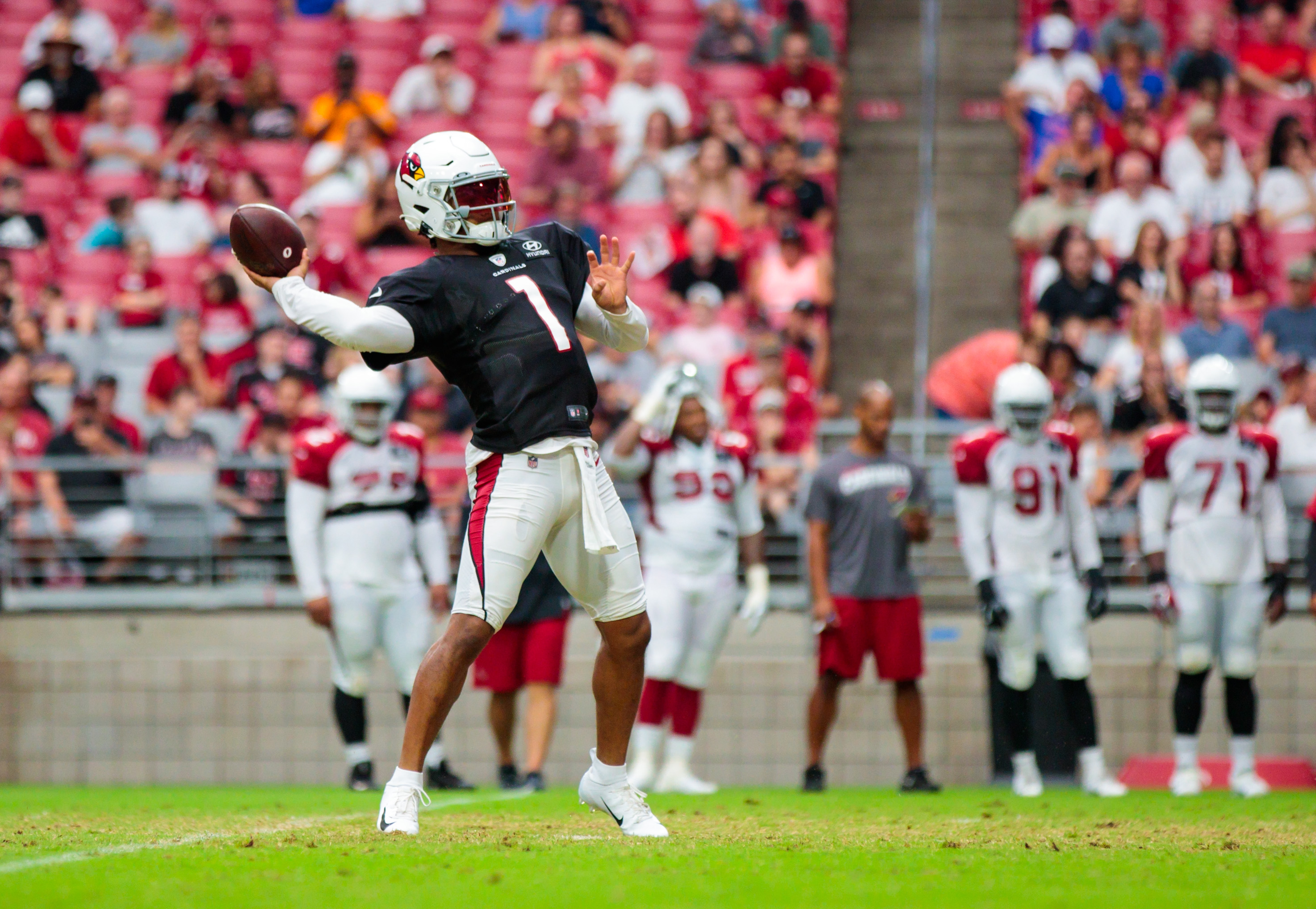 Many analysts were not surprised by the selection and still wondered how his skillset would translate to the next level. Luckily enough, his transition to the NFL has gone smooth thus far, thanks to new head coach Kliff Kingsbury.

However, one analyst, who is not worried about Murray’s transition is former NFL quarterback Michael Vick. He was not only one of most dynamic quarterback in college football at Virginia Tech, but also ushered in a new era of quarterbacking in the NFL.

Vick was on FS1’s Speak for Yourself and asked about which version of himself Murray should strive to become.

“Philadelphia Michael Vick hands down, with a little bit of Atlanta, sprinkled in,” he said (h/t ArizonaSports.com). “Those were some special times and I’m pretty sure he’s going to create some special moments.”

When Vick played for the Eagles, he became an efficient pocket passer, completing 60 percent of his passes, did not run the ball a ton, and evolved into an MVP candidate.

But when he played for the Atlanta Falcons, Vick was a threat every time he left the pocket, racking up 21 rushing touchdowns over six seasons.

While Murray does not possess the same type of electrifying speed that Vick had. He does have that same type of escapability out of the pocket to put pressure on the defense.

“This kid is going to be something like we’ve never seen before,” he added. “I love [Baltimore Ravens quarterback] Lamar Jackson … but this guy Kyler Murray is going to be able to carry his team on his back for years on end. Trust what I’m saying. It’s going to be a different look and I’m excited.”

If Murray can live up to the hype and become the game-changer that Vick was, then the rest of the NFL should be terrified.