Brian Flores denies that Dolphins will 'tank' this season 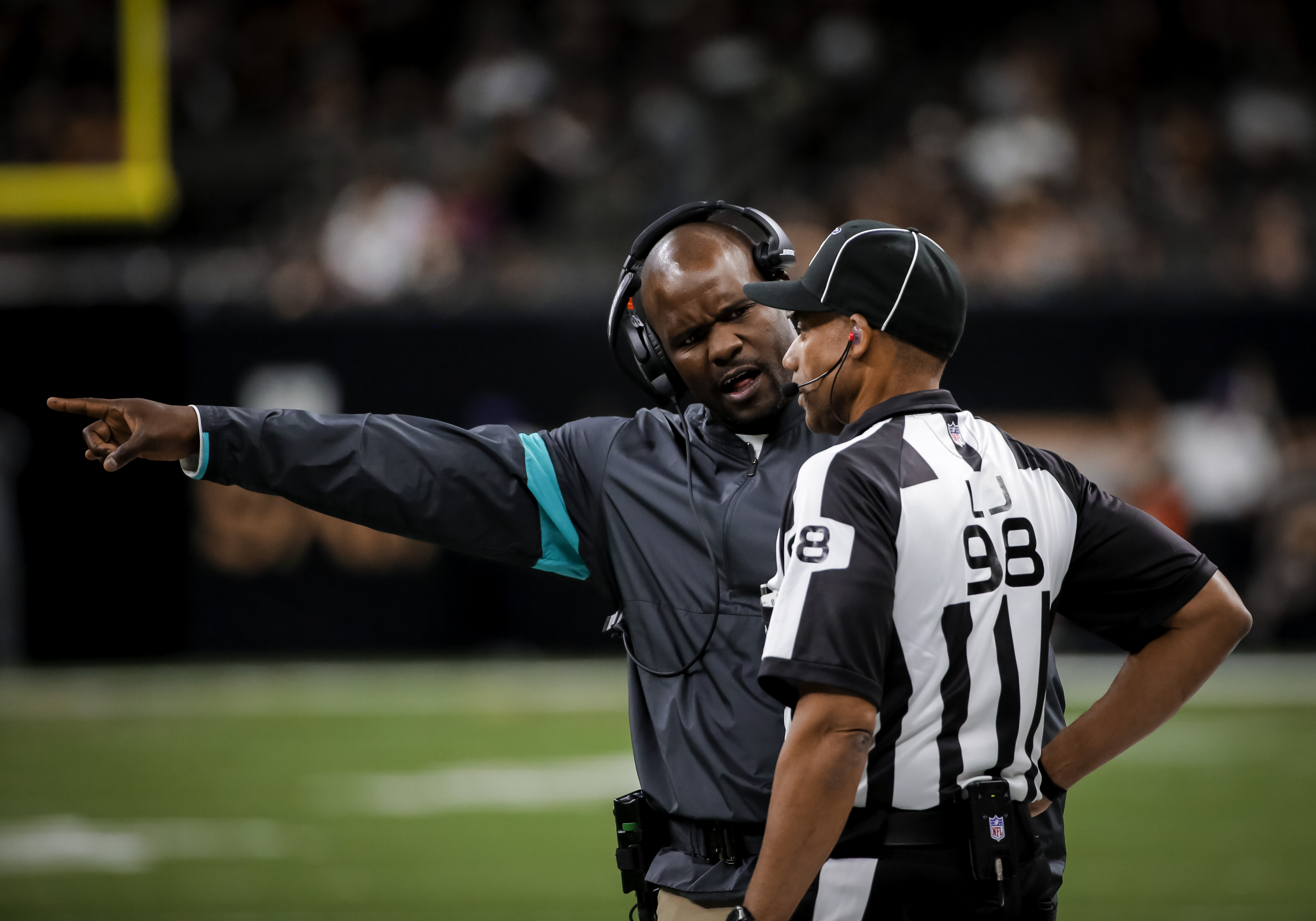 Brian Flores denies that Dolphins will 'tank' this season

The Miami Dolphins are in the midst of a full rebuild, with a new regime and coaching staff, but that doesn’t necessarily mean they’re not going to try to compete this season.

New head coach Brian Flores may be young, but he comes from the Patriots organization, and he expects that his players give 110 percent every time out, to put the team in position to win.

And even though the team doesn’t have enough talent on the roster to compete for a division title this season, it doesn’t mean they’ll be losing games on purpose, at least not according to Flores.

“This game means a lot to me,” Flores said, via Adam Beasley of the Miami Herald. “I wouldn’t disrespect the game with that. Again, no, we’re not. We’re going to try to win every game. I think that’s disrespectful to even to say that. … It’s disheartening to hear people talk about it, to even say that. For a guy who respects the game as much as the game has done for me, when people say that, it’s extremely sad.”

They may not try to lose, but a 6-10 season — or worse — appears to be in the cards for the Dolphins.