Lamar Jackson plans to 'put on a show' this season 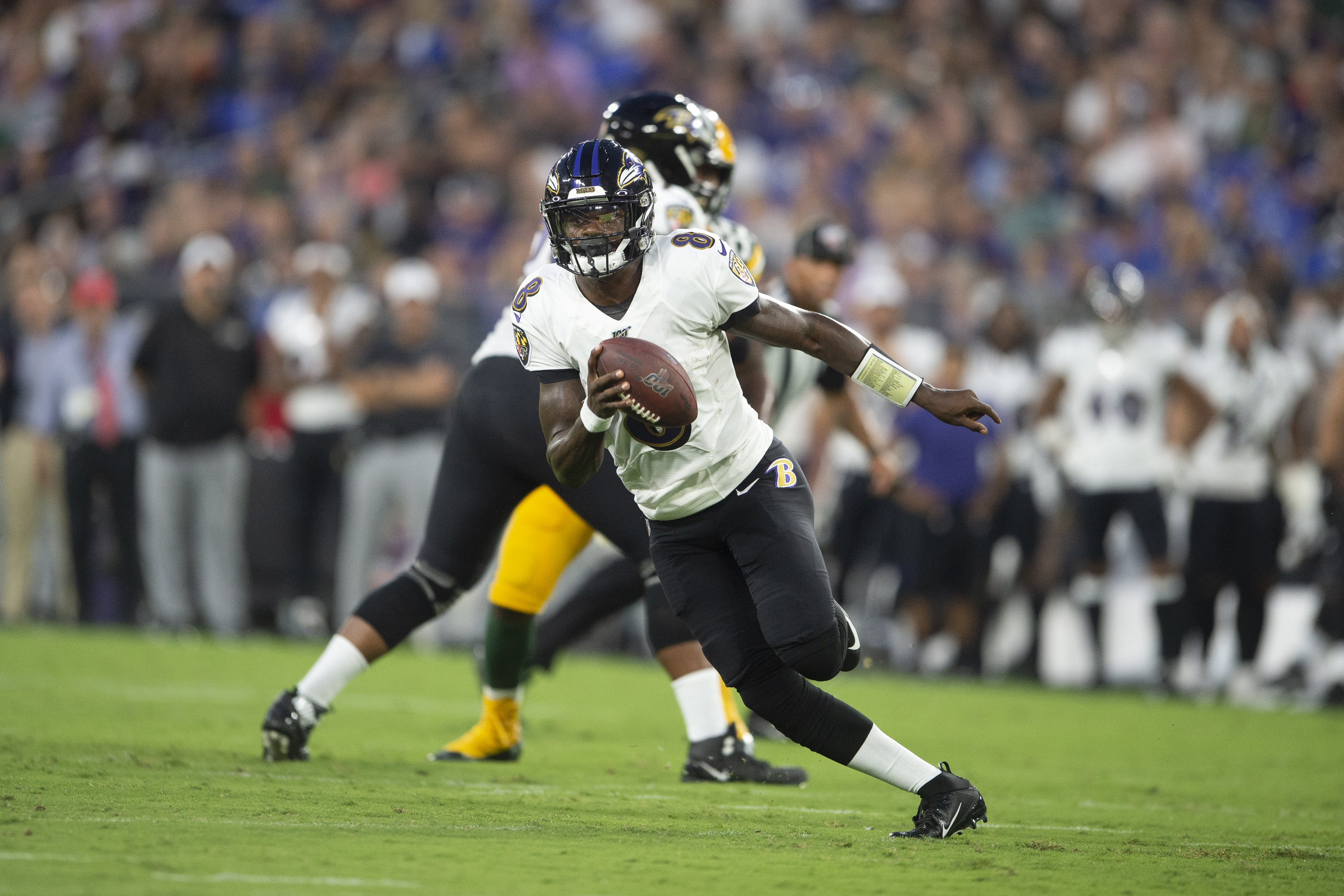 Lamar Jackson plans to 'put on a show' this season

It’s unclear exactly how Ravens quarterback Lamar Jackson will fare in his sophomore season, as he showed flashes of being a successful signal-caller in leading the team to the playoffs, but was completely shut down by the Chargers in the postseason.

Los Angeles may have uncovered the blueprint on how to stop Jackson — playing dime or penny packages, with either six or even seven defensive backs on the field at one time. It brought the Ravens’ rushing attack to a screeching halt, and we’ll likely see more teams employ similar packages this season.

But Jackson still has high hopes for both him and the team this season, as he was asked about returning to South Florida for the team’s Week 1 opener, being that he grew up in Pompano Beach.

“A lot of people keep hitting me up, telling me they’re going to be out there. I probably won’t see them all. (But) they’ll see me.”

Jackson the Magician — we’ll see about that.