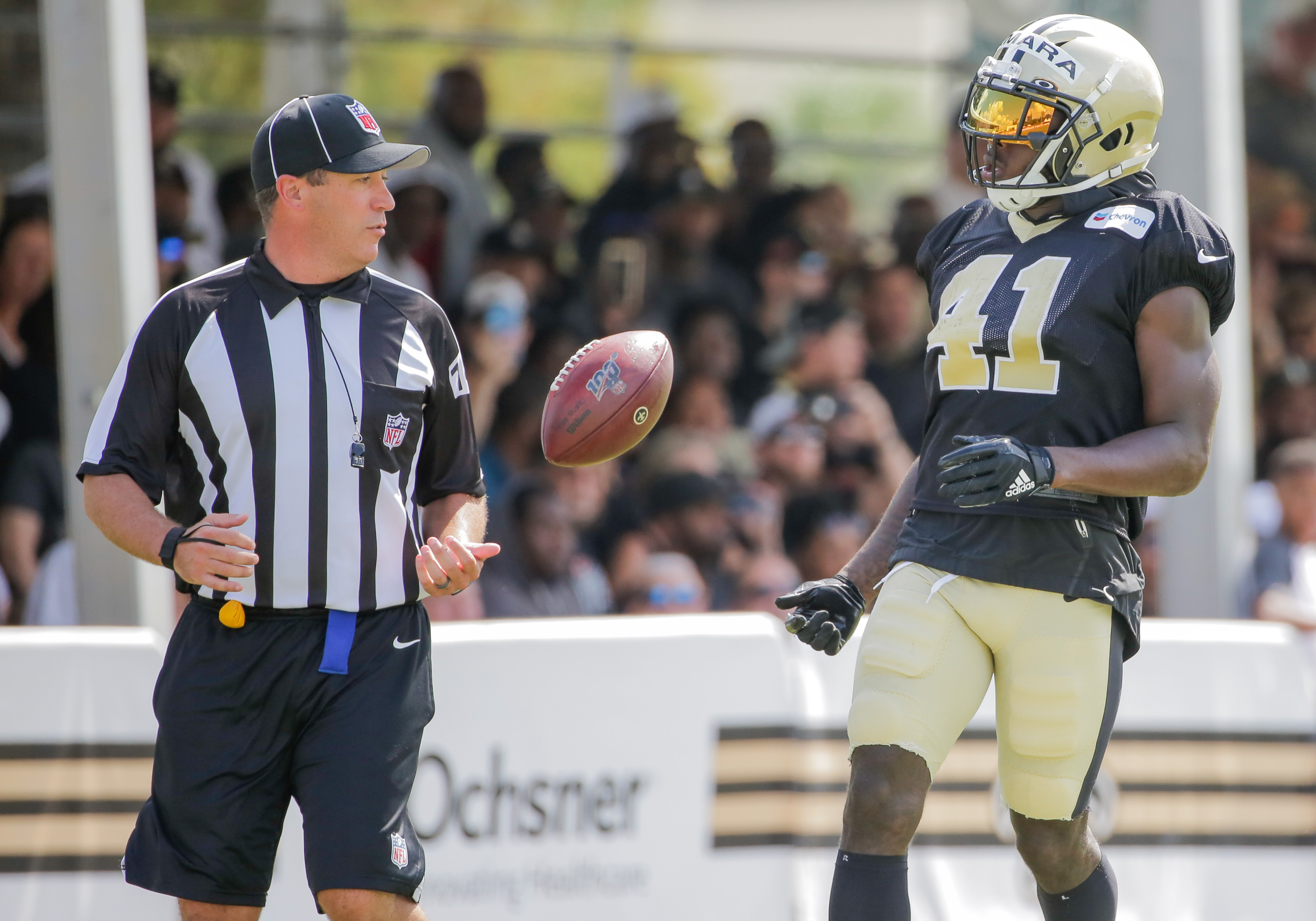 There’s something awry with the Saints and officiating, because it seems like every time we look, New Orleans is getting screwed by the officials.

And, sure enough, that happened during Monday night’s game against the Texans.

It was assumed that the Saints would get the benefit of the calls, or at least that the game was officiated fairly, given that the last time they had stepped foot on the football field they got hosed in the NFC Championship game by a non-call.

And yet, the officials just could not get it right.

The play in question happened late in the second quarter, with the Saints trailing 14-3. They had the ball, and were looking for points before the half. Faced with a third-and-17, Drew Brees completed a pass to Michael Thomas near the first down, with roughly 42 seconds remaining. The Saints ran forward to run a play, as it appeared to be fourth-and-one. The officials then blew their whistles and decided to review the play, eventually reversing the ruling and awarded the Saints a first down. However, they charged the Saints a 10-second run-off at the 26-second mark.

However, further review showed the run-off should’ve happened at the 42-second mark, so the Saints got screwed out of 16 seconds.

Can someone explain me this?

The Thomas catch happened at the 0:43 mark.
The #Saints lined-up and tried to sneak for the 1st down and snapped the ball at the 0:28 mark.

So before that the replay was initiated from the booth.
How did they end up with 0:26 + rundown 🤔#HOUvsNO pic.twitter.com/qMkvfNhFqC

Unless I am crazy, they really mishandled the replay. They should have reset the clock to 41 seconds and then run 10 seconds down to 31. That took 15 seconds away from the Saints.

Sure enough, Will Lutz missed a 56-yard field goal to end the half. Had the officials assessed the time correctly, he likely would’ve had a much shorter kick.