Bill Belichick addresses whether Patriots ran up score vs Dolphins 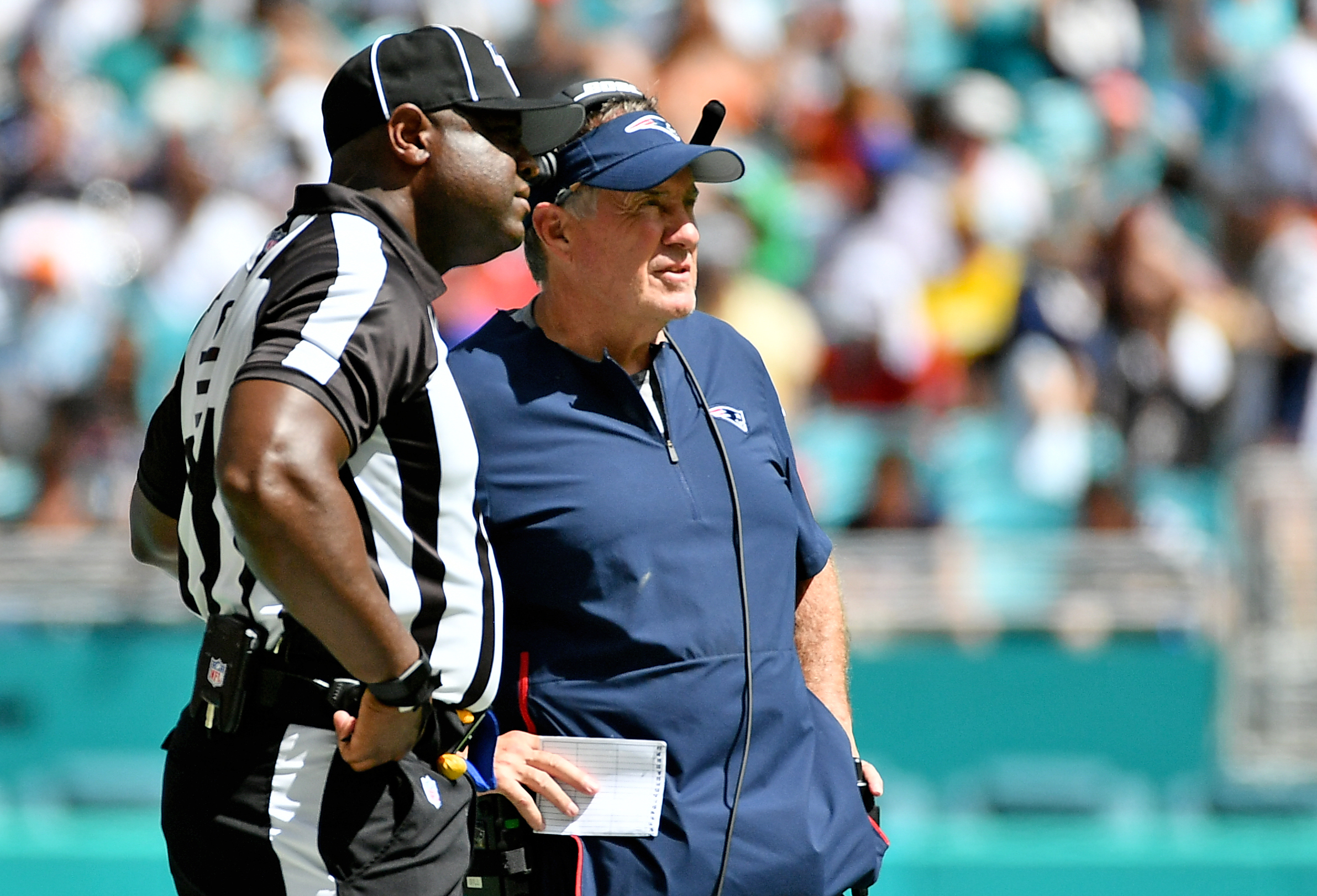 Bill Belichick addresses whether Patriots ran up score vs Dolphins

The Patriots jumped out to an early lead in Sunday’s game against the Dolphins, and they never really stopped scoring, even with the score out of reach.

Miami never threatened New England, in fact it failed to muster a single point. It was a dominant performance in all three phases by the Patriots, so much so that it looked as if they were running up the score.

The Patriots got the ball in the fourth quarter, leading 37-0, but they didn’t take their foot off the gas pedal. In fact, they came right out and hit Rex Burkhead for a 32-yard gain, then capped off the drive with a touchdown pass to James White.

But head coach Bill Belichick denies that the team attempted to run up the score.

He was then asked about it again, and responded as follows:

Don’t think for a second the Patriots don’t remember the Miami Miracle at Hard Rock Stadium last season, or the fact that former defensive coordinator Brian Flores is the team’s new head coach.