Tom Brady explains what he really meant when he criticized officiating 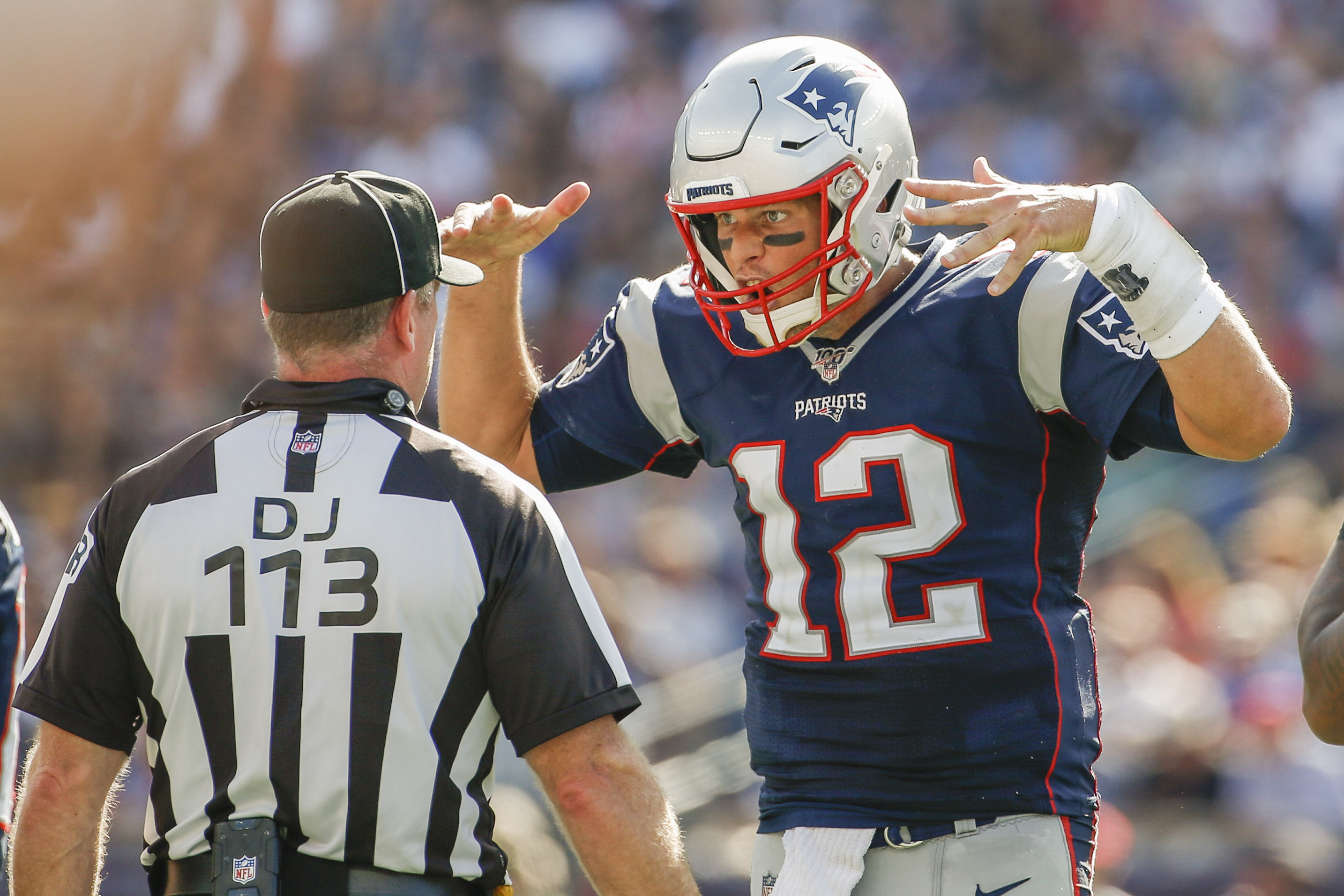 Tom Brady explains what he really meant when he criticized officiating

Patriots quarterback Tom Brady has more Super Bowl rings than any player in NFL history, and he’s also the oldest active person in the league (not counting special-teamers), so when he speaks, everyone listens.

And when Brady was watching Thursday night’s flag-fest between the Titans and Jaguars, he apparently was tired of seeing endless stoppages of play, just like the rest of us, so he had this to say on Twitter.

Too many penalties. Just let us play!!!! #TENvsJAC

Brady has owned up to the tweets, not deleting them, but he appears to believe his message was misconstrued a bit, so he clarified what he was trying to say in his weekly radio spot with Jim Gray of Westwood One on Monday night.

“I wasn’t trying to make any point,” Brady said, as transcribed by Mike Florio of Pro Football Talk. “I’m a fan of the NFL. I’m a fan of football. More so than anything. I’ve been a fan of this game for 40 years of my life. My parents had me in the stands at Candlestick Park when Joe Montana threw to Dwight Clark and ‘The Catch.’

“As a fan of the sport when I’m watching the game, I want to see good, clean, hard-nosed football, and I’m a little bit of an old-school player in that way because for playing in this game for 20 years, you know, I recognize the many rules changes, the influence of the media, the influence of society. I want to see tough, hard-nosed football. When I was watching the other night I decided to turn it off ’cause I didn’t feel like that’s what I was seeing, and that’s all I was saying.”

He wasn’t trying to make any point, but was critical of the number of flags thrown. Interesting logic.