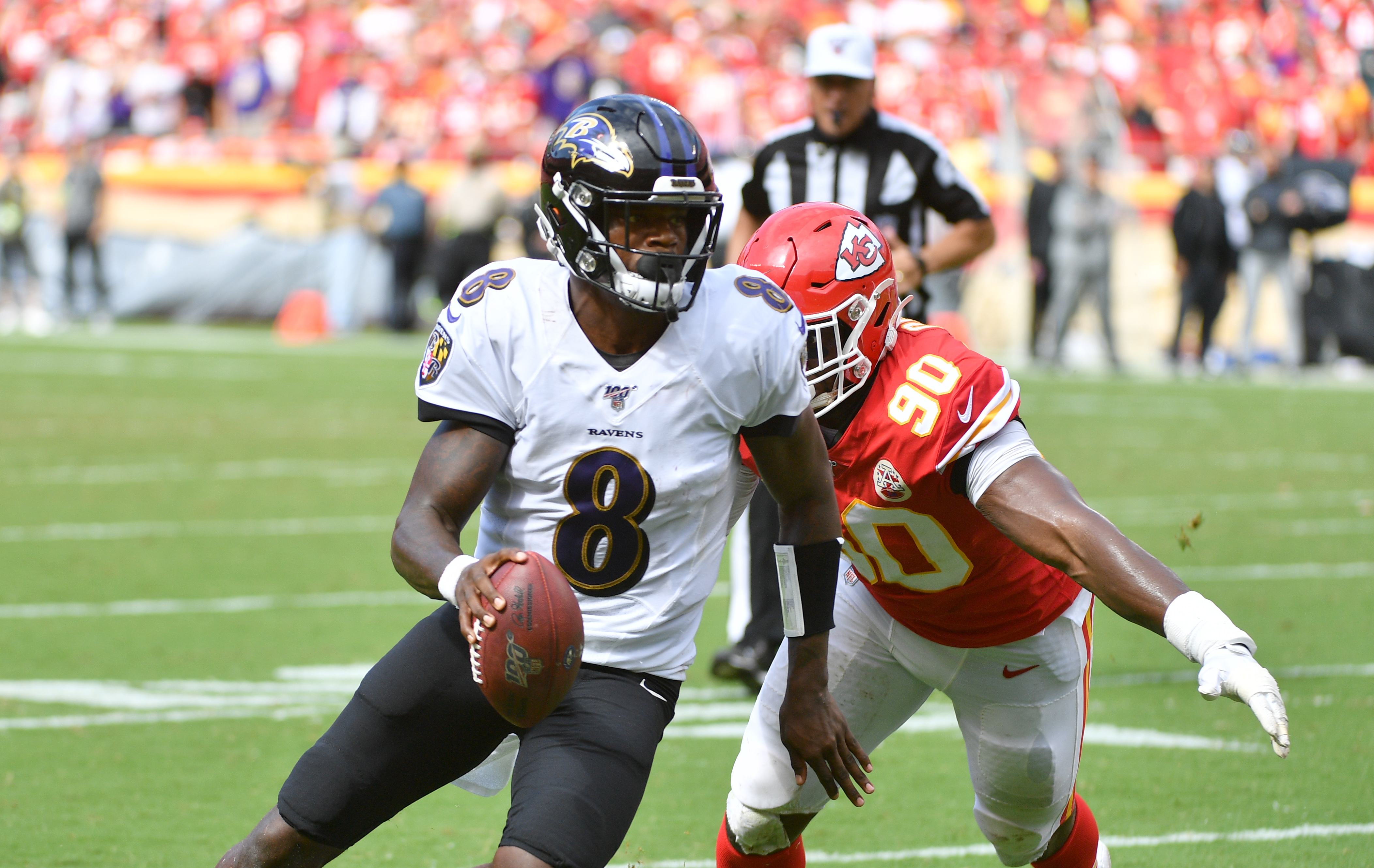 Ravens second-year quarterback Lamar Jackson is a dual-threat signal-caller, as he’s been burning opposing defenses with both his arm and his legs.

Jackson has already rushed for 172 yards in three games this season, and that includes the blowout win against the Dolphins, when he didn’t need to run, and only picked up six yards on the ground.

Here’s the surprising thing about it all, though: Jackson actually doesn’t even like to run — or at least that’s what he claims.

“I hate running,” Jackson said, via ESPN. “Only if I have to, but my job is to get the ball to the receivers, the tight ends, running backs. If I have to run, I’ll do it, but I’d rather just sit back and pass it. I like throwing touchdowns instead of running them.”

That’s a bit hard to believe, as it’s always been a big part of Jackson’s game, dating back to his high school days. He’s flashy when he runs, and has been known to get fired up afterward, so it seems like the coaching staff is speaking through him, and they’re trying to send a message that Jackson will only run when he has to, to keep him upright.