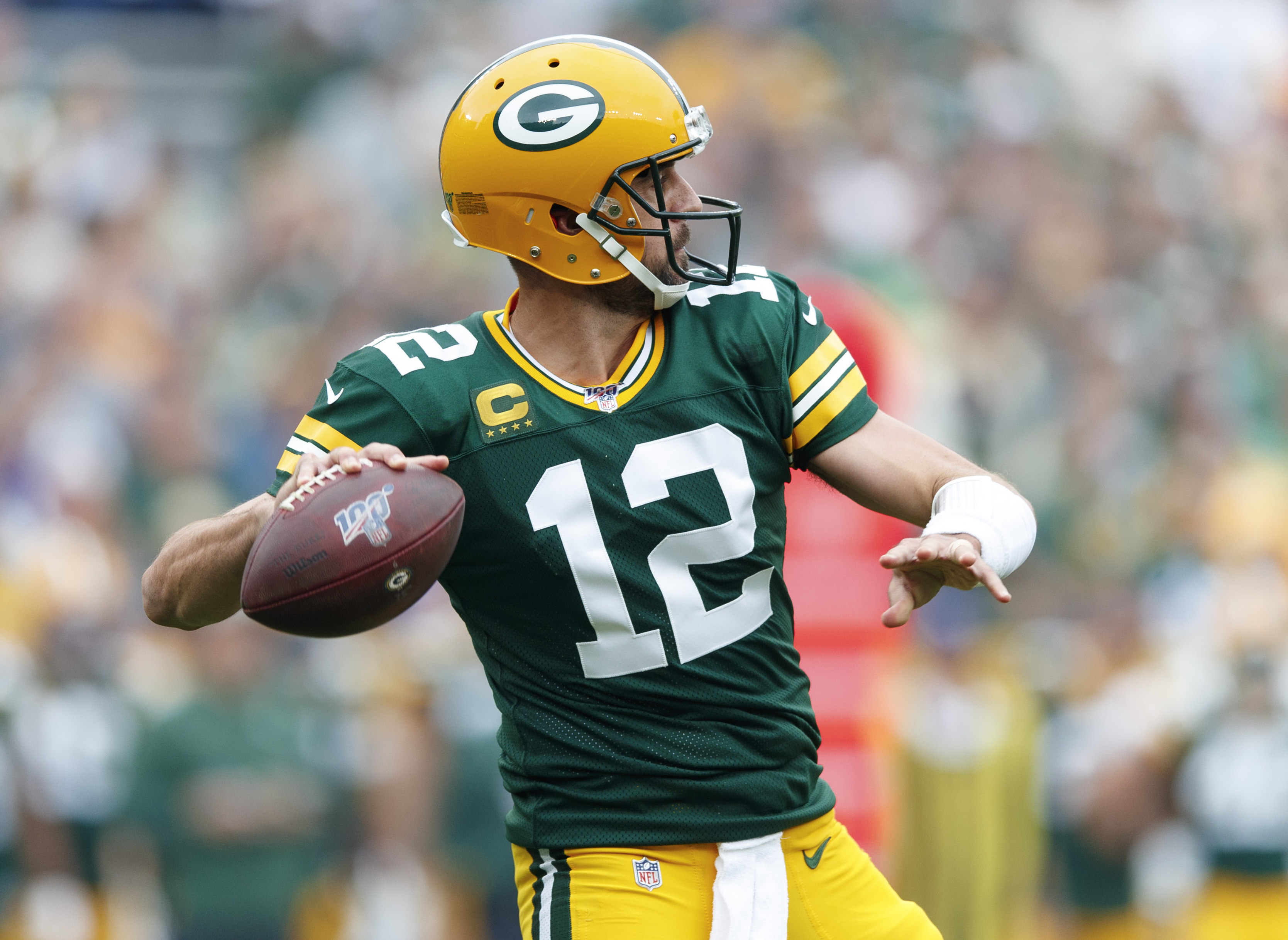 The Green Bay Packers play host to the Philadelphia Eagles Thursday night in a Week 4 match-up at Lambeau Field. The Packers enter the game with a perfect 3-0 record and are fresh off a 27-16 win over the Denver Broncos. The Eagles are 1-2 after falling to the Detroit Lions at home by a 27-24 margin.

The Packers hold a 26-14-0 advantage in the all-time series between these two franchises that started back in 1933. The Pack has won four of the last five regular-season meetings including a 27-13 victory in Philadelphia in 2016. In the postseason, the Eagles have won two of the three meetings between the teams with the last clash coming during the Packers successful run to their Super Bowl XLV title after the 2010 season.

Here is a look at the six key match-ups that will determine the winner of Thursday night’s game:

The Packers defense has been outstanding this season. They’ve consistently done the two things that top defenses do: pressure the quarterback and create turnovers.

Thus far, however, the Pack has faced a trio of quarterbacks in Mitch Trubisky, Kirk Cousins and Joe Flacco, who are average at best. None of them are elite signal callers like Wentz who can win games with his arm and with his legs. The Eagles starter was enjoying an MVP-type season in 2017 before suffering a late-season injury.

Wentz will present a different kind of test for the Packers defense. He is can throw the ball consistently and accurately and can be a difference maker. His skills will give the defense a bigger test than anything they have seen thus far this season.

It will be up to the Packers to pressure Wentz who has already been sacked seven times in three games. If the Pack can consistently get Wentz to rush his throws, they will gain a big advantage on Thursday.

The Packers are fortunate that Philadelphia may be without deep threat DeSean Jackson who missed last week’s game due to injury. Alshon Jeffrey also sat out against the Lions but may be able to play this week.

2. Take Advantage of the Eagles Banged Up Secondary

The Eagles have struggled to deal with injuries in the secondary and may only have three healthy cornerbacks if they don’t sign somebody before the game. Ronald Darby did not participate in practice Monday or Tuesday.

Davante Adams was limited to four catches against Denver. This is the second time in three games Adams has been contained and the Packers really want to get him more than four targets in this game.

In addition, the Pack needs more production from their other receivers whether it’s Marquez Valdes-Scantling, Geronimo Allison, Jake Kumerow (check injury status) or one of the tight ends. The Eagles currently rank 29th in the league in passing yards allowed and Aaron Rodgers and company need to capitalize on this matchup.

3. Get Rhythm in the Offense

Through three games, the Packers offense has looked good on a few drives each game but has yet to consistently move the ball with purpose, intensity and drive. The offense doesn’t look in synch and needs to play better overall.

Rodgers and head coach Matt LaFleur have spoken about avoiding third down and long situations and about getting out of the huddle quicker. These are reasonable objectives.

Overall, through three games, the Pack is ranked 30th in the league in third down conversions at just a 25 percent success rate. Only the Jets and Dolphins, a pair of 0-3 teams, are worse. Green Bay must improve on third down to help get into a rhythm offensively.

In addition, Rodgers needs to be more accurate. He has missed too many makeable throws this season. Hopefully, this changes as he gets more comfortable with the new offensive system. The Eagles defense should be vulnerable, but Rodgers needs to be able to take advantage.

The Packers offense has been slightly better in each of its three games, but against a quality quarterback like Wentz, they will need to produce more points to earn a win.

4. Establish Enough of a Running Game to Create Play Action

The Packers rushing attack worked very well against Minnesota and did just enough against Denver with Jamaal Williams getting the job done in the rain. The Eagles run defense is very strong and is currently ranked second in the league allowing just 57 yards per game. Green Bay’s interior line will have its hands full trying to run inside on Fletcher Cox and company.

Again, injuries have hampered the Eagles here as defensive tackle Tim Jernigan may not be available on Thursday. The Packers need to take advantage.

Green Bay’s rushing attack doesn’t need to be dominant, but they need to run the ball often enough and effectively enough to keep the defense off balance and set up the play-action pass that LaFleur wants to turn to as a result of the threat of the run.

With DeSean Jackson likely out of the lineup, Zach Ertz becomes Wentz’s next biggest weapon. The Packers have received improved safety play this season from the duo of Adrian Amos and Darnell Savage. Whether Pettine decides to use Amos to cover Ertz in man coverage or uses zone or doubles the big tight end, the Pack must contain Ertz and not let him beat them downfield.

Most of the time, the Packers prefer to force teams to make long, slow drives. They cannot allow Ertz to make chunk plays downfield in this game.

The Eagles feature three running backs, and each can be dangerous. Miles Sanders leads Philadelphia with 34 carries and 106 yards, but he has fumbled twice and is averaging just 3.1-yards per carry. Ex-Bear Jordan Howard is a familiar foe and has 99 yards in 25 carries. Darren Sproles remains an effective receiver out of the backfield and a quick threat on draw plays.

Pettine emphasizes stopping the pass, but the Packers cannot allow the Eagles to control the ball on the ground and cannot allow long gains like they did to Minnesota’s Dalvin Cook. Blake Martinez, Kenny Clark and company need to contain the Eagles rushers and force Wentz into obvious passing situations.

The Packers are catching a banged-up Eagles team at the right time. They are hurting at receiver, on the defensive line and at cornerback.

The Packers also have the advantage of playing at home during a short week and are a confident bunch at 3-0.

The Eagles are desperate. They didn’t expect to be 1-2 and they realize this game could have tie-breaking implications come playoff time. They would love to show a national TV audience they aren’t as bad as their record.

The Green Bay defense will be tested by Wentz and this game will not be easy, but the Packers should get the job done.