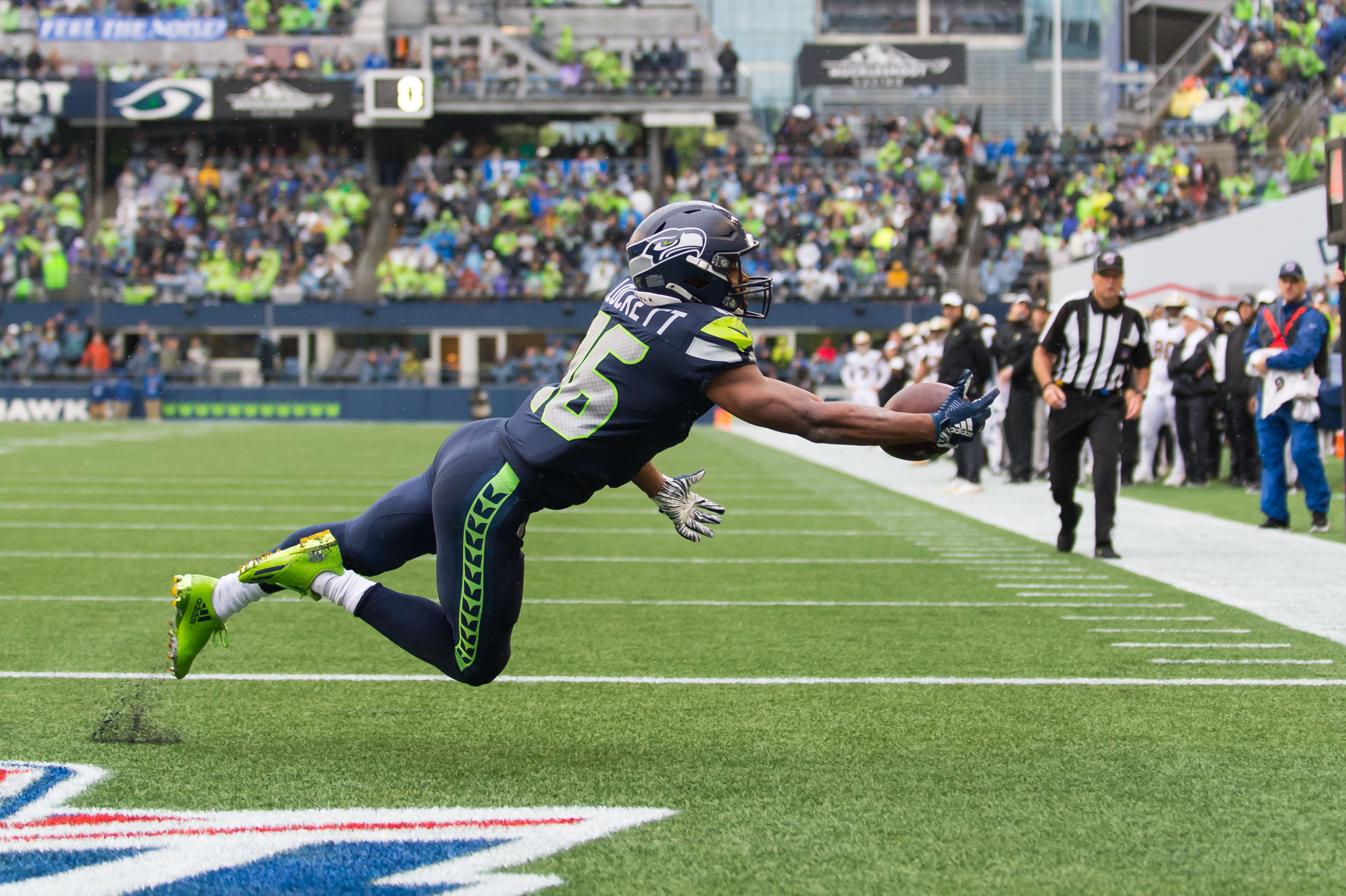 A big part of what makes Seahawks wide receiver Tyler Lockett so great is that his athleticism and footwork allow him to make grabs that other receivers can’t.

Lockett is the reason the Seahawks had no problem parting ways with former No. 1 receiver Doug Baldwin, and he’s filled the void quite nicely.

He’s become Russell Wilson’s favorite target, and he showed that during Thursday’s game against the Rams, when he and his quarterback turned nothing into something. It happened in the first half of the game, with Wilson scrambling, then floating a ridiculous pass in Lockett’s direction. The Seahawks receiver was in the corner of the end zone, yet he still managed to jump up, haul the ball in and tap both feet in the end zone for the score.

TYLER LOCKETT DID THAT 😱