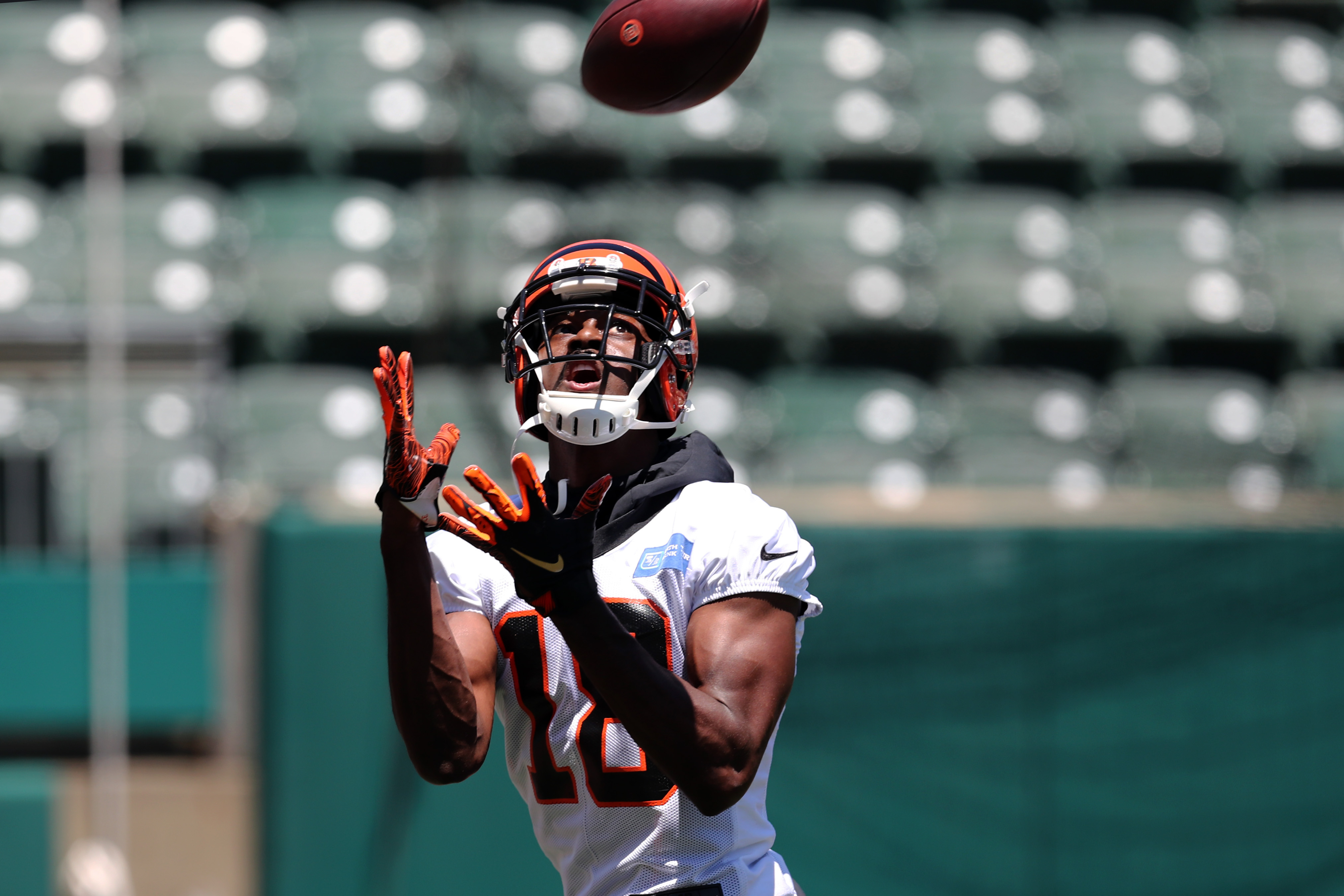 Bengals receiver A.J. Green returned to practice for the first time in over two months on Thursday, and it didn’t take long for the trade rumors to begin swirling.

It’s a throwaway season for the winless (0-5) Bengals, and Green is coming back from an ankle injury, but that will change in the near future. He practiced on Thursday — albeit in a limited capacity — and reporters wasted no time asking him about how he’d feel about a potential trade.

“I tell everybody I haven’t heard anything,” Green said, via the team’s Bengals’ official website. “I don’t fantasize about anything like that. I’m just trying to get healthy and go from there.”

Bengals’ HC Zac Taylor to reporters today regarding trade speculation involving WR A.J. Green: "I hear a lot of the speculation on him. We are not trading that guy."

Don’t be surprised if the team changes its tune. Green is currently in the final year of his contract, and the Bengals aren’t known to be an organization that pays its players. A number of teams will likely be in the mix for his services – -we personally believe he’d be a great fit on the Packers — and the Bengals may look to get something in return this month, rather than losing him in free agency next spring.