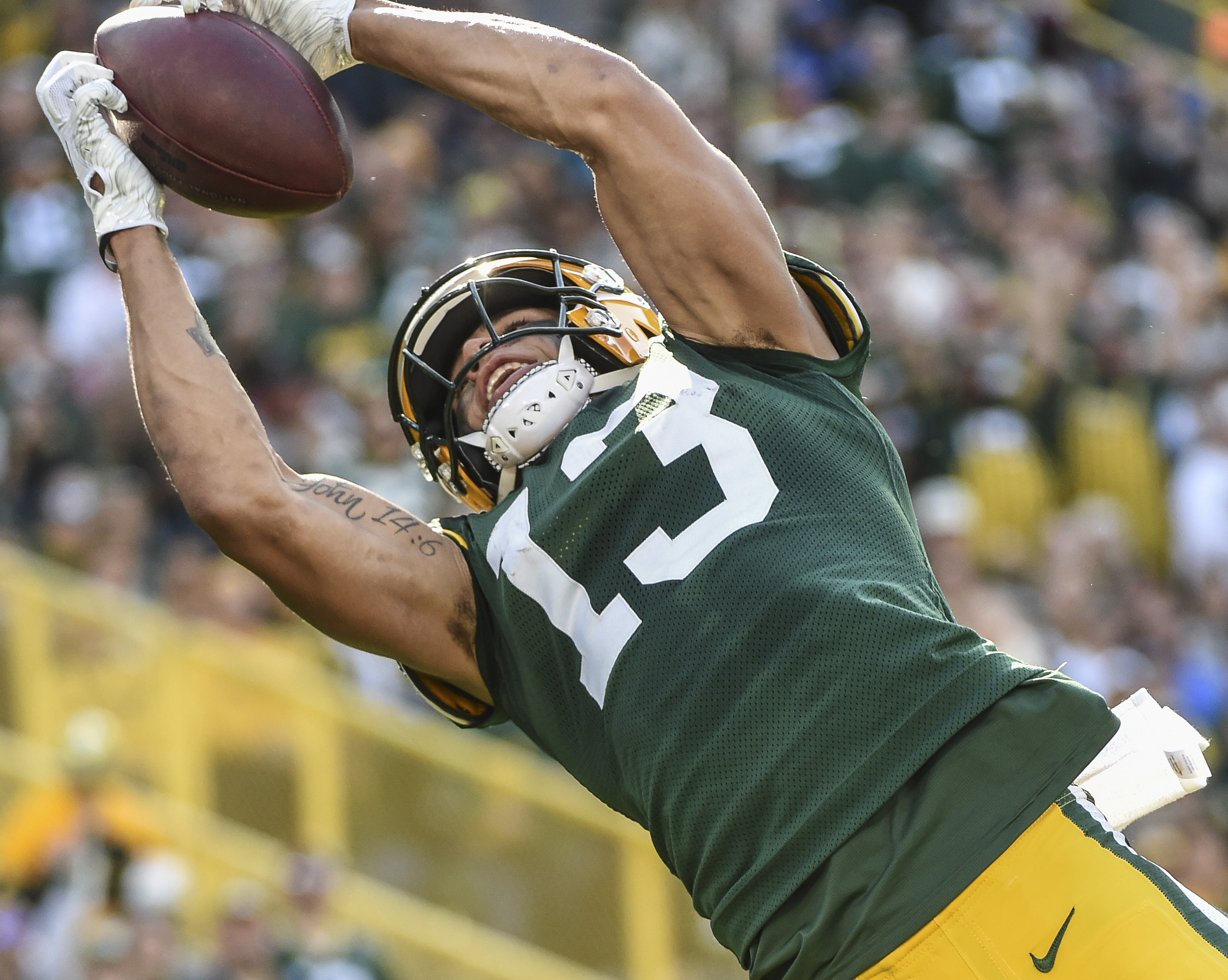 The Green Bay Packers have struggled to get their wide receivers not named Davante Adams involved in the offense this season, but their best option among the remaining wideouts is big Allen Lazard.

Since he first started getting playing time in the win over Detroit, the Iowa State product has made 15 catches for 193 yards and a touchdown. Lazard has been the most consistent receiver over the last four games, making those 15 catches in 18 targets.

It hasn’t been an easy road to the NFL for the undrafted free agent who joined the Packers late last season and had his first career reception in the season finale against Detroit. This year, the 6’5”, 227-pound receiver had an outstanding preseason but was still waived by the Packers in early September although they re-signed him before the season opener in Chicago.

For the first five games of the season, Lazard didn’t see the field much. This wasn’t easy for him, but he knew he had to persevere. “It’s not fun sitting on the bench watching other people play, watching your friends have success,” Lazard said. “But I think the best things in life, you have to wait for. The path I’ve been on led me be here and I’m very thankful for this opportunity.”

Lazard got his chance late in the game against the Lions when quarterback Aaron Rodgers went to bat for him and asked the coaching staff to give him a chance. Lazard sparked the offense and finished the game with four catches for 65 yards and a touchdown, all of them coming in the fourth quarter.

Since then, Lazard has been the team’s most consistent wide receiver and one Rodgers feels comfortable throwing to. He has also gotten the attention of his teammates.

“He obviously proved something,” Adams said. “His mind is one of his best tools. He works diligently. He studies. He’s naturally smart, and a guy that’s naturally smart that applies himself, that’s how you gain an extra advantage in this league. That’s being a pro. He obviously has a lot of confidence in his ability. He’s not the fastest guy in the world, but he understands how his game functions and what he has to do to make plays.”

Offensive coordinator Nathaniel Hackett appreciates the effort Lazard puts in day in and day out. “To watch his confidence grow, to watch him compete out there, watch Aaron trust him and let it rip, it was just a really great thing to watch as the game progressed,” Hackett said after the win over Detroit. “Being with him earlier [with the Jaguars], the big thing for him was you loved the person, his work ethic. No matter what you said to him, he tried to do everything he possibly could. He’s such a great guy and he works so hard.”

Lazard refuses to be complacent now that he’s finally starting to see success at the NFL level. “Never too high with the highs, never too low with the lows,” Lazard said. “I felt fully confident just playing again.”

Lazard knew that if he worked hard, he would eventually get his chance and he was determined to take advantage of it. “Absolutely ready,” Lazard said. “I’ve been working my whole life for this moment. And now that I’m here in this building and playing for the greatest organization in the NFL, every day I just try to seize the moment and do the best I can.”

One of the biggest weapons Lazard has is his size. At 6’5”, he is a big target that quarterbacks can easily find in a crowd. Lazard also uses his height to his advantage against smaller defensive backs. Lazard has the height of a tight end but the speed of a receiver. Few wideouts have his body type which makes it difficult for defenders to cover him.

While Adams was out of the lineup, Lazard stepped up and became the most reliable target Rodgers had among the remaining receivers. Last week in Los Angeles, Adams returned, and Rodgers locked on to his favorite receiver, targeting him 11 times and all the other wideouts combined just 10. Lazard led the other wideouts in plays and targets, but the Packers still need to get him more involved in the offense going forward to keep spreading the ball around. While the running backs and tight ends have been valuable targets, the Pack needs another good receiver Rodgers can count on and Lazard looks like the best option.

At this point, Lazard is just starting to realize his talent. He remains confident and determined to make good. He is also focused on one more team-oriented goal: “Our focus is on Miami in February,” he said with a smile. If history is any indication, don’t doubt Allen Lazard.