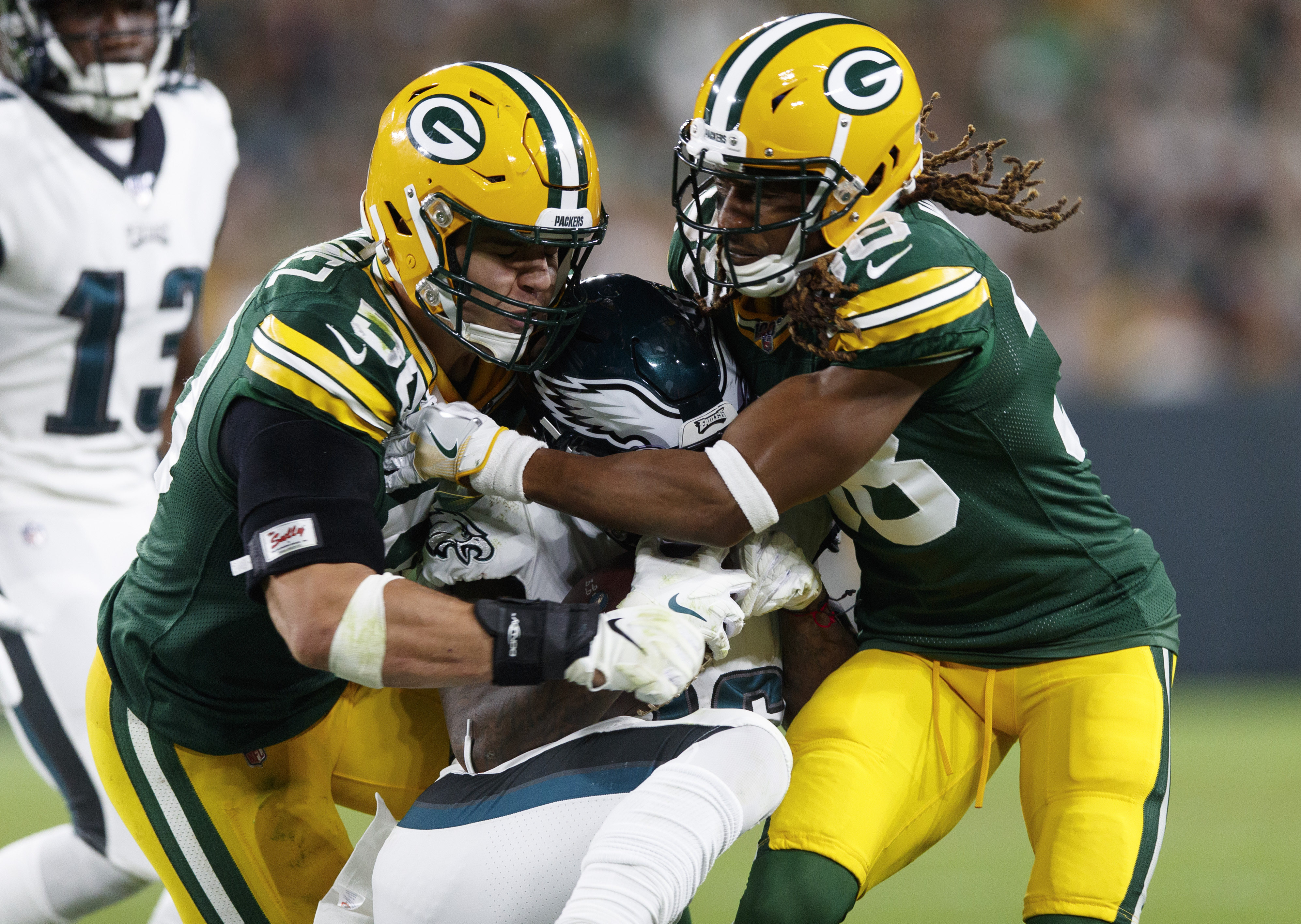 As the Green Bay Packers wind down their bye week, we look at the important pending free agents GM Brian Gutekunst will have to make tough decisions on this coming offseason.

These players have been key contributors to the Packers success this season but some of them are unlikely to return in 2020.

Here is an early look at the Packers biggest potential unrestricted free agents and an early analysis of their odds of returning to Green Bay next season. Players are listed in alphabetical order.

Allison was expected to play a major role in the offense this season after the departure of Randall Cobb, but he’s struggled for long stretches of this season.

Thus far, Allison has 23 catches for 211 yards and two touchdowns. He has played through some nagging injuries which have probably hindered his play. Allison plays well in brief spurts but then often disappears for long stretches of games. He has also dropped more passes than expected this season.

Allison will only be 26-years old next season so he should be entering his prime, but the Packers may not have room for him on their roster. He could improve his odds of returning with a strong finish to the season, otherwise, he would have to take a very team-friendly deal to return in 2020.

Bulaga will be 31 next season and is in his 10th season with the Packers. Bulaga has struggled with injuries over the course of his career but when he’s been healthy, he’s been a very good offensive tackle. His strong play has been a reason Aaron Rodgers has had time to throw over the years.

This season, Bulaga got off to an excellent start and was playing at or near a Pro Bowl level over the season’s first eight games.

The Packers tend not to bring back players on the other side of 30, but if he continues to play well, Bulaga could be an exception. The Packers may be more interested in Bulaga on a one or two-year deal rather than a long-term contract. If he can get a long-term deal from another team, Bulaga may be headed elsewhere.

Crosby won the kicking battle this preseason over Sam Ficken and has responded with an excellent year. The Packers all-time leading scorer has hit on 13-of-14 field goals this season including the last-second game winner against the Lions and made all 29 of his extra points.

Crosby will be 36 by the start of next season but he shows no signs of losing significant leg strength. His ability to kick well in the cold, windy conditions at Lambeau Field late in the season is another asset that is hard to find in a replacement.

Expect Crosby to sign another one-year deal and be back in camp again in 2020 as the favorite to retain his job.

Fackrell led the Packers with 10.5 sacks in 2018 but saw his role reduced this season after the Pack signed Za’Darius and Preston Smith. The Pack also drafted Rashan Gary who is expected to take on a bigger role next season and beyond.

The former third-round pick out of Utah will be 28 at the start of next season and should have some more football left in him.

The Packers won’t have a lot of money to spend on Fackrell but may offer him a backup contract if he wants to return.

Because of the demand for edge rushers, some team will probably offer Fackrell more money to sign elsewhere.

Lewis will be 36 by the start of the 2020 campaign. The first question is whether he decides to retire after this season. Lewis remains a good blocker and an experienced voice in the locker room.

Jimmy Graham is unlikely to be back in 2020 for salary cap reasons but the Packers will likely look for Jace Sternberger and Robert Tonyan to fill the void first or may look to bring in another veteran.

If Lewis returns, it’s on a one-year, cap-friendly deal.

Martinez is a tough call for the Packers. He remains a tackling machine and currently leads the team by a large margin with 102 tackles in 10 games. He also has one sack this season.

Martinez is a smart, reliable player but he is not a star. He will be 26 next season and is in the prime of his career. He is a leader on this unit, calling the defensive signals and playing nearly every down.

The problem with Martinez is that he hasn’t made as many sacks or tackles for losses this season and too many of his tackles come five yards or more downfield. He is also average at best in pass coverage.

The Packers don’t have any alternatives on their roster right now, but it’s very likely Martinez will get a higher offer from another team if he hits the open market.

Williams is having a great season for the Packers as their third CB. He’s been strong in coverage and has made 23 total tackles and one interception in 10 games so far this year.

The Louisiana Tech product is respected by everybody in the Packers locker room. He studies the game thoroughly, prepares the right way and has seen just about everything there is to see on the football field.

Williams will be 37 next season which is ancient for a cornerback. The first question is whether he decides to retire.

If he wants to come back, the Packers could offer him a one-year deal to return especially if he continues to play at such a high level the rest of this season.