Bruce Arians has funny quote about celebrating win over Falcons 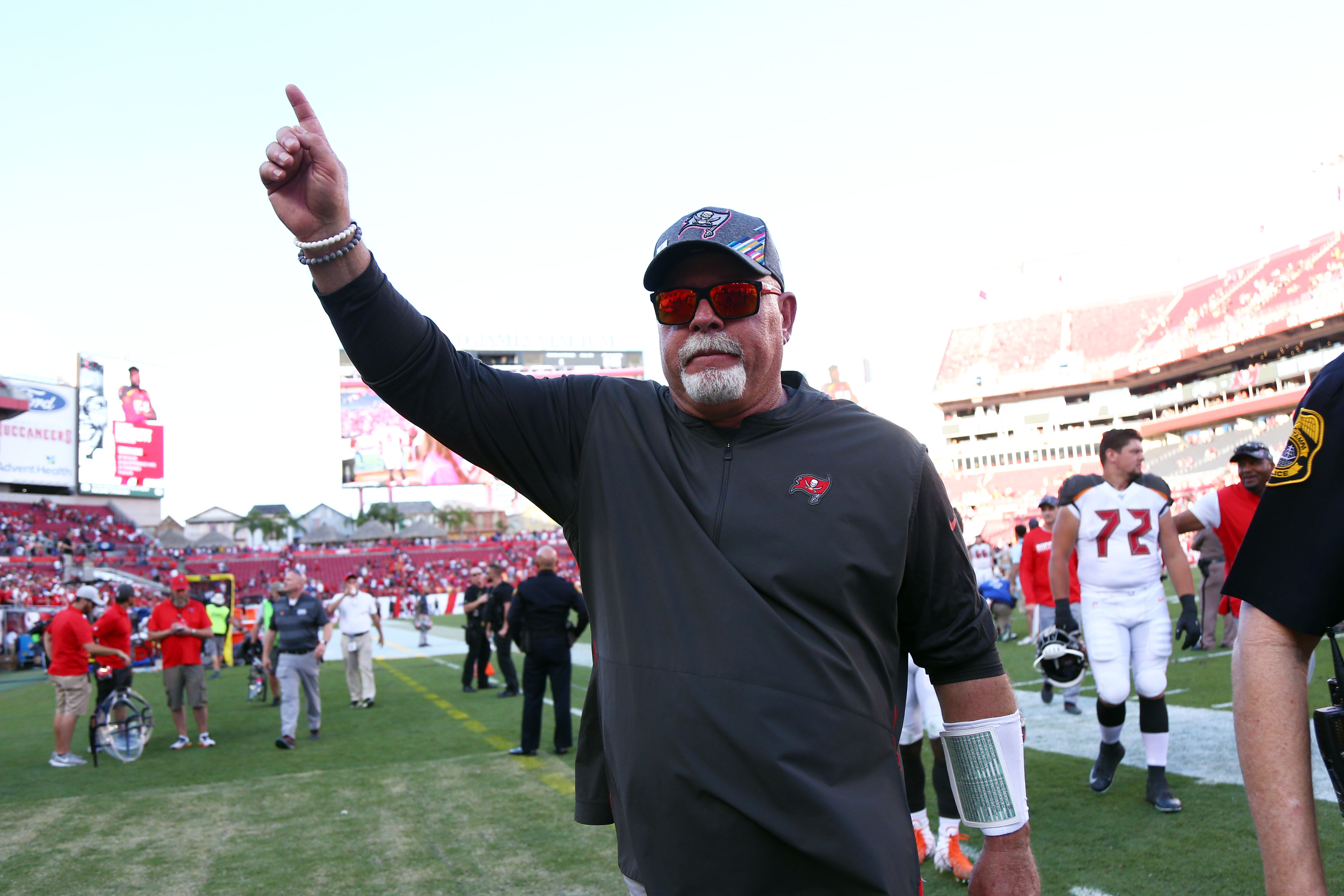 Bruce Arians has funny quote about celebrating win over Falcons

The Bucs had lost five of their last six matchups heading into Sunday’s game against the Falcons, but it didn’t affect the team’s psyche, and Tampa Bay left Atlanta with a big road win.

Neither team will be appearing in the playoffs this season, but the two division rivals still approached the game at full intensity, and they went at it on the football field.

At the end of the day, though, it was the Bucs that emerged victorious, 35-22, and head coach Bruce Arians was quite happy about it. Check out what he told reporters after the game.

Bruce Arians on if his glass is half full today: “My glass is full as hell, and it’s about to get real full in a minute.”

It’s no secret that Arians is a big fan of wine, so we’re willing to bet his glass was, indeed, overflowing.