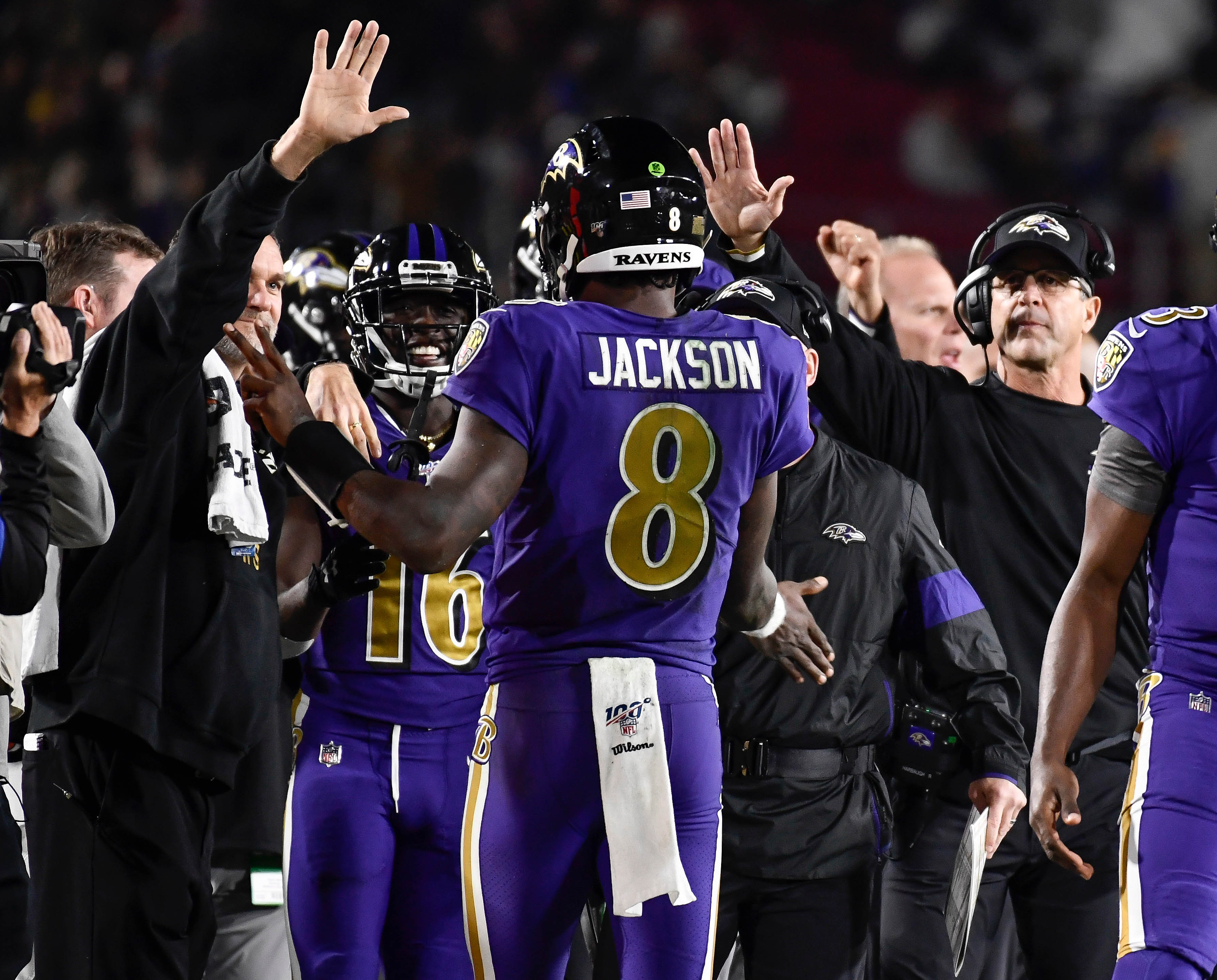 Last season, he became the youngest signal-caller to ever start in an NFL playoff game, having just turned 22 years of age. It was a rough outing for Jackson, though, in that AFC Divisional Playoffs loss to the Chargers, but the young quarterback used his mistakes from that game to spend the entire offseason improving his game.

Jackson’s development has progressed at lightning-quick speed, and he’s now become arguably the best dual-threat quarterback in the league, up there with Russell Wilson. In fact, he and Wilson are the two leading candidates to win the MVP award.

As for Jackson, he’s on pace to become the first quarterback to throw for 3,000 yards and rush for 1,000 in the same season. He’s also set these milestones.

Lamar Jackson is the 1st player in NFL history with 4 Pass TD and 50 Rush yards in consecutive games. h/t @EliasSports

The records just keep piling up for the young signal-caller.