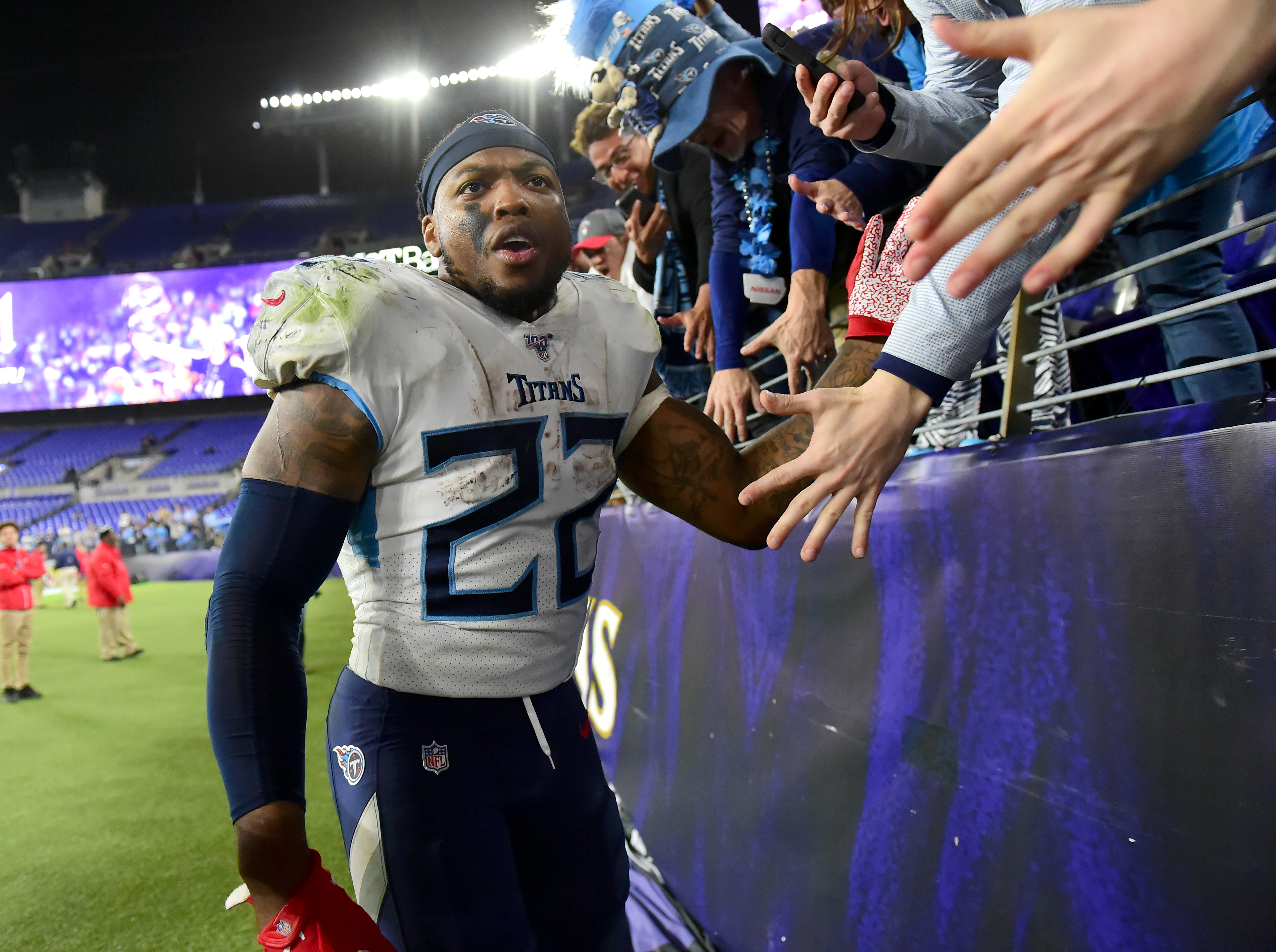 Titans running back Derrick Henry has put the offense on his back in the team’s two playoff games, and it’s worked to perfection.

He’s carried the ball 64 times for 377 yards in the team’s two postseason contests so far this year, and he’s made life extremely easy for quarterback Ryan Tannehill. In fact, he hasn’t had to top 100 yards passing thus far, throwing for just 72 yards, and 88 yards — both of which resulted in victories.

It’s a recipe for success, and Henry deserves all the credit in the world. He came out on top in Saturday’s 28-12 win over the Ravens in the divisional round, and he got revenge on Baltimore safety Earl Thomas in doing so. Thomas, during the week, had said “Those guys didn’t seem too interested in tackling [Henry]. I think our mindset is a little different.” Well, Henry had other ideas, and he made sure to let Thomas know about it on the field after the game, while doing a postgame interview.

Too funny, and he certainly earned the right to talk trash.