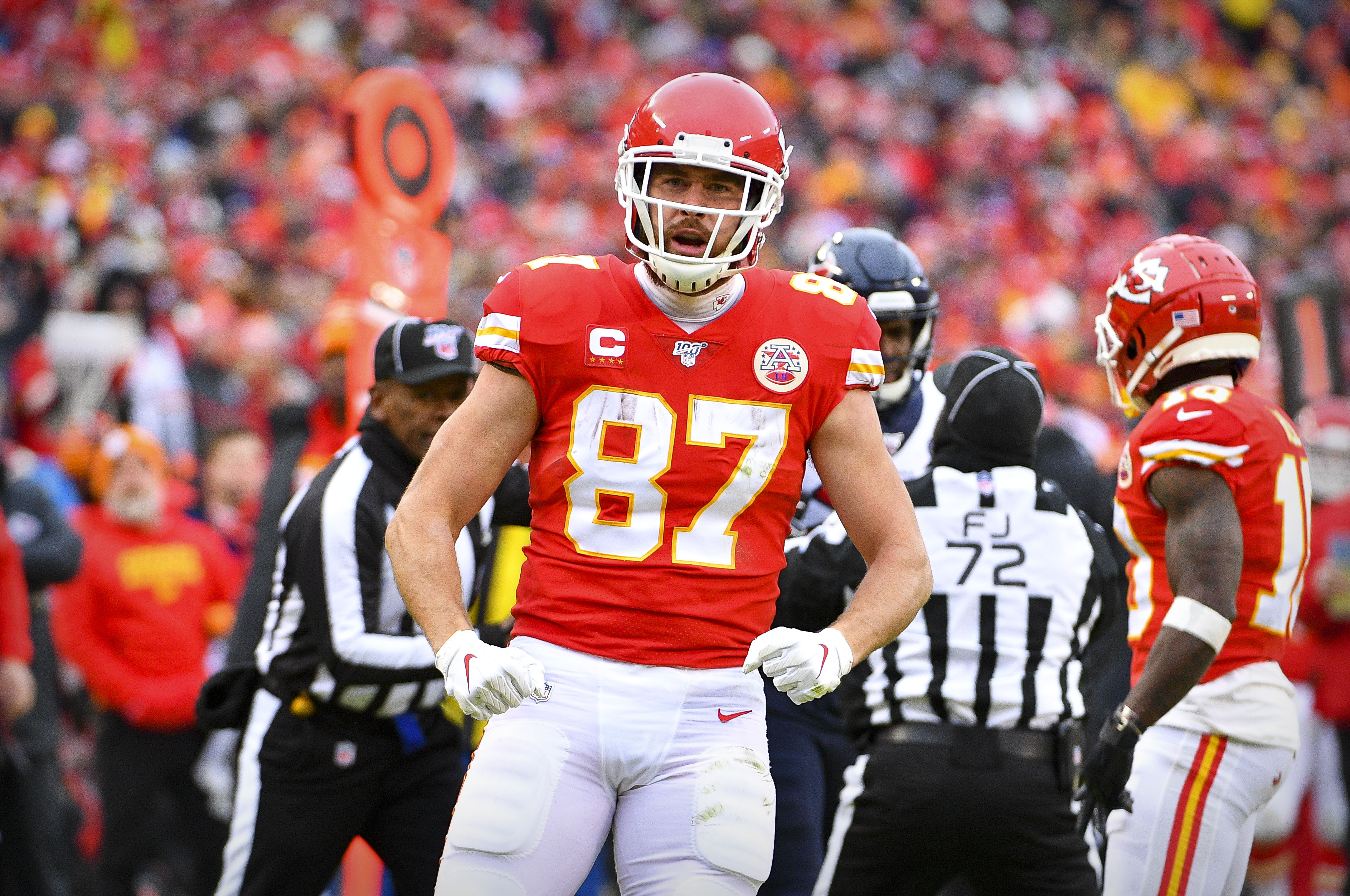 The conference championships have now been decided in the National Football League. The San Francisco 49ers will host the Green Bay Packers in the NFC Championship and the Tennessee Titans will play the Kansas City Chiefs in the AFC Championship. Here are the top five players from the winning teams in the four divisional playoff games this past weekend.

5) Derrick Henry–Tennesee Titans–The magical run for the Tennessee Titans continued on Sunday. This time Tennessee upset the no.1 ranked Baltimore Ravens 28-12 thanks to 30 rushes and 195 rushing yards by their star running back Derrick Henry.

4) Tevin Coleman–San Francisco 49ers– A major reason why San Francisco has reached the NFC Championship is simply because of their prolific running game. On Sunday, the 49ers had 186 yards rushing, while the Vikings only had 21 yards rushing. San Francisco’s lead running back on Saturday afternoon in their 27-10 win over the Vikings, was Tevin Coleman, who had 22 carries for 105 yards and two touchdowns. However, just because Coleman was the most successful running back this past weekend does not mean he will be the go-to guy in the NFC Championship. That is because 49ers head coach Kyle Shanahan uses Coleman, Raheem Mostert and Matt Breida on a regular basis.

2) Patrick Mahomes–Kansas City Chiefs–Down 24-0 to Houston on Sunday was not a problem for Chiefs quarterback Patrick Mahomes. The NFL superstar who has been known most recently as Brittany Mathews’ boyfriend, completed 23 of 35 passes for 321 yards passing and five touchdowns, along with seven catches for 53 yards, in the Chiefs’ 51-31 comeback win.

1)Travis Kelce–Kansas City Chiefs–Seldom does a tight end appear number one on the list. However Travis Kelce deserves to be there. On Sunday, Kelce became the first player ever to have three touchdown catches in a single quarter of a playoff game as he achieved that mark in the second frame. Kelce finished the day with 10 catches for 134 yards.