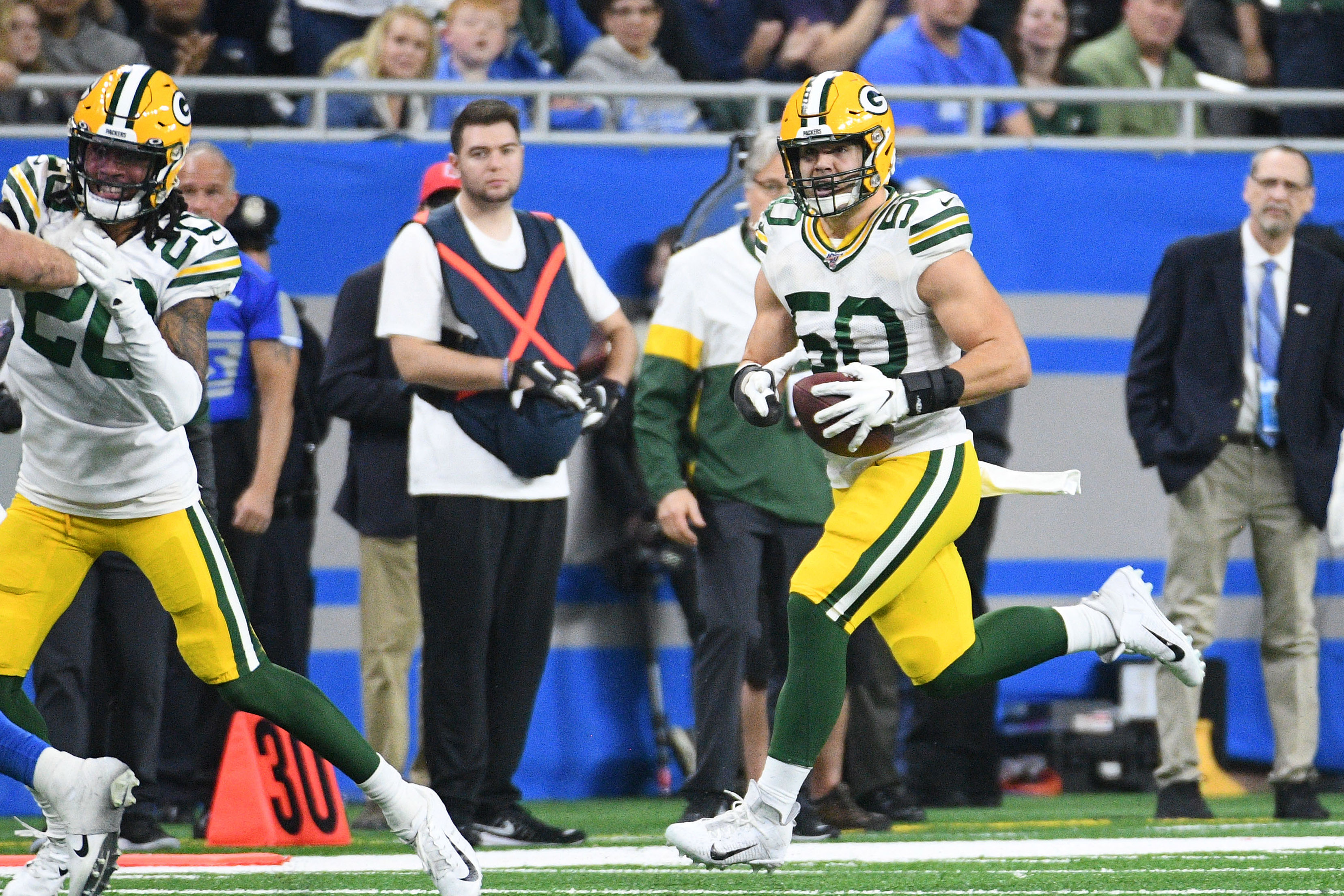 The Green Bay Packers enter the offseason with 20 players on their present roster eligible for free agency. Here is a look at each of them and an indication of their likely future. Who will stay and who will go?

Players within each category are listed in alphabetical order:

Allison had a disappointing season in 2019. The Illinois alum was expected to be one of the team’s top three receivers but was not a consistent factor in the pass game.

Allison finished the season with 34 catches for just 287 yards and two touchdowns. He dropped too many passes and just didn’t seem to get open consistently. His best asset this season may have been his run blocking.

Allison had signed a one-year, prove-it contract last season, but he didn’t show he was ready to step up and make an impact.

Allison’s return is unlikely and if he does, it will likely be at or near the veteran minimum.

Bulaga will be 31 before the start of next season so the Packers won’t be looking to lock him up for a long-term deal if they opt to re-sign him at all.

Bulaga started all 16 games this season and played well. Bulaga remains a very good pass blocker and a good run blocker and he is a leader in the locker room. He’s been with the Packers since 2010 and teamed with David Bakhtiari gives the team two solid tackles who do a good job keeping Aaron Rodgers upright.

In the past, the Packers have let offensive linemen at Bulaga’s age walk when their contracts were up. The team would be wise to try to bring the Iowa alum back on a two or three-year deal although he could sign elsewhere if he gets a longer and more lucrative offer.

Campbell played seven games for the Packers this year in the hybrid safety-inside linebacker position. He was credited with 13 total tackles and a forced fumble.

The Packers may welcome Campbell back at a reasonable rate as a depth player. If he finds another offer, he may sign elsewhere.

Crosby had his best season in 2019 after beating out Sam Ficken in training camp for the kicking job. The team’s all-time leading scorer added 106 points and tied a franchise record by hitting on 22-of-24 field goals for the season and missed just one extra point in 41 tries.

He takes up a lot of cap space for a kicker, but his experience kicking at Lambeau Field and coming through in clutch situations is a big asset.

The Packers will probably sign Crosby to another one-year deal and bring him back in 2020.

Ervin joined the Packers for the final four games of the season and gave the return game a much-needed boost. He also contributed on offense both as a runner and receiver when given the opportunity.

The Packers will certainly bring in competition for the return specialist job whether they bring Ervin back. It would not be surprising if they offer Ervin a one-year deal to return to training camp.

Fackrell had 10.5 sacks in 2018 but lost a lot of playing time when the Packers signed Za’Darius and Preston Smith and drafted Rashan Gary.

Fackrell was in on 19 total tackles, recorded only one sack and 10 quarterback hits.

The Packers would likely welcome Fackrell back, but another team will almost certainly make him a bigger offer with a chance to start while Green Bay will offer him less money as a role player/backup. Unless there is no market for Fackrell, he is unlikely to return to Green Bay.

Goodson played in 15 games at inside linebacker and was credited with 35 total tackles. He is best suited as a backup and special teams player but was pressed into starting duty due to the team’s lack of talent at his position.

The Packers may make him an offer close to the veteran minimum, but they will almost certainly draft a player to replace Goodson and challenge him for a roster spot.

Grant was signed in mid-season when injuries struck at wide receiver. He was on the roster but never was activated for a game and was essentially an insurance policy.

The Packers are unlikely to bring Grant back and if they do, they will not offer him more than the veteran minimum. He is not likely in the team’s long-term plans.

The biggest question regarding Lewis is whether he chooses to return in 2020 or retire. He will be 36 when next season gets under way.

Lewis played in all 16 games and caught 15 passes in 19 targets for 156 yards and a touchdown.

The Packers will likely welcome him back if he wants to play. He is a positive influence in the locker room and is still a good blocker and workmanlike receiver.

Martinez led the Packers in tackles again 155 total tackles recorded three sacks and made one interception. He also calls the signals on defense and is a leader in the locker room.

He remains the best player the Packers have at his position, but he is not an elite playmaker, lacks the speed to cover receivers and chase down plays sideline-to-sideline and is a good but not great player.

The Packers would certainly welcome Martinez back, but another team will likely make him a much bigger offer. Unless he’s willing to give Green Bay a home-town discount, he is unlikely to be back in green and gold next season.

Spriggs spent the season on injured reserve. Since the Packers drafted him in the second round of the 2016 NFL Draft, Spriggs has been a disappointment. The Indiana product has started nine games in three seasons, mostly due to injuries and has never stepped up and impressed. He is probably better off getting a fresh start with another team if he wishes to continue to football career.

Veldheer was a solid late-season addition and stepped up and played well when Bulaga was unable to play. The 10-year veteran may we welcomed back as a depth player if he wants to play again in 2020. He will likely be offered something close to the veteran minimum if he elects to return.

Williams will be 37 before the start of next season and like Lewis, must decide if he wishes to retire or continue to play football.

He played in all 16 games as the nickel back and made 39 total tackles and two interceptions.

Williams is a leader in the locker room and has seen it all in this league. The Packers would likely welcome him back to training camp if he is willing to return at a reasonable salary.

Johnson spent the season on the injured reserve. He may get a chance to compete for a job on the team in training camp at or near the veteran minimum.

Kumerow is a fan favorite who is runs reliable routes and is a good blocker but doesn’t get consistent separation from quality DBs. The Packers will likely offer him a tender and have him compete for a roster spot again next season.

Lancaster will be tendered and welcomed back. He is best suited to be an early down rotation player who plays the run when the team is in base defense and comes out in obvious passing situations. He finished the season with 30 total tackles and 1.5 sacks.

The Packers will bring Lazard back and he will be a part of the team’s receiver rotation. He ended the year as WR2 and has intriguing size for a wideout. Rodgers has confidence in Lazard who still could improve as a receiver.

Leglue was not active for any games this season after being signed off the Saints practice squad. The Packers will likely offer him a chance to compete for a job in training camp next season.

Redmond is a depth player who is helpful on special teams. He is likely to receive a tender offer and compete for a job in training camp after finishing this season with 28 total tackles in 13 games.

Sullivan did a good job as the dime back this season, making 28 total tackles and intercepting one pass while playing in all 16 games. He will receive a tender offer and compete for a job next summer.

Tonyan made 10 catches for 100 yards and a touchdown in 11 games this season. He still may develop into a quality NFL tight end and will likely receive a tender offer. He will fight Jace Sternberger for playing time in 2020.