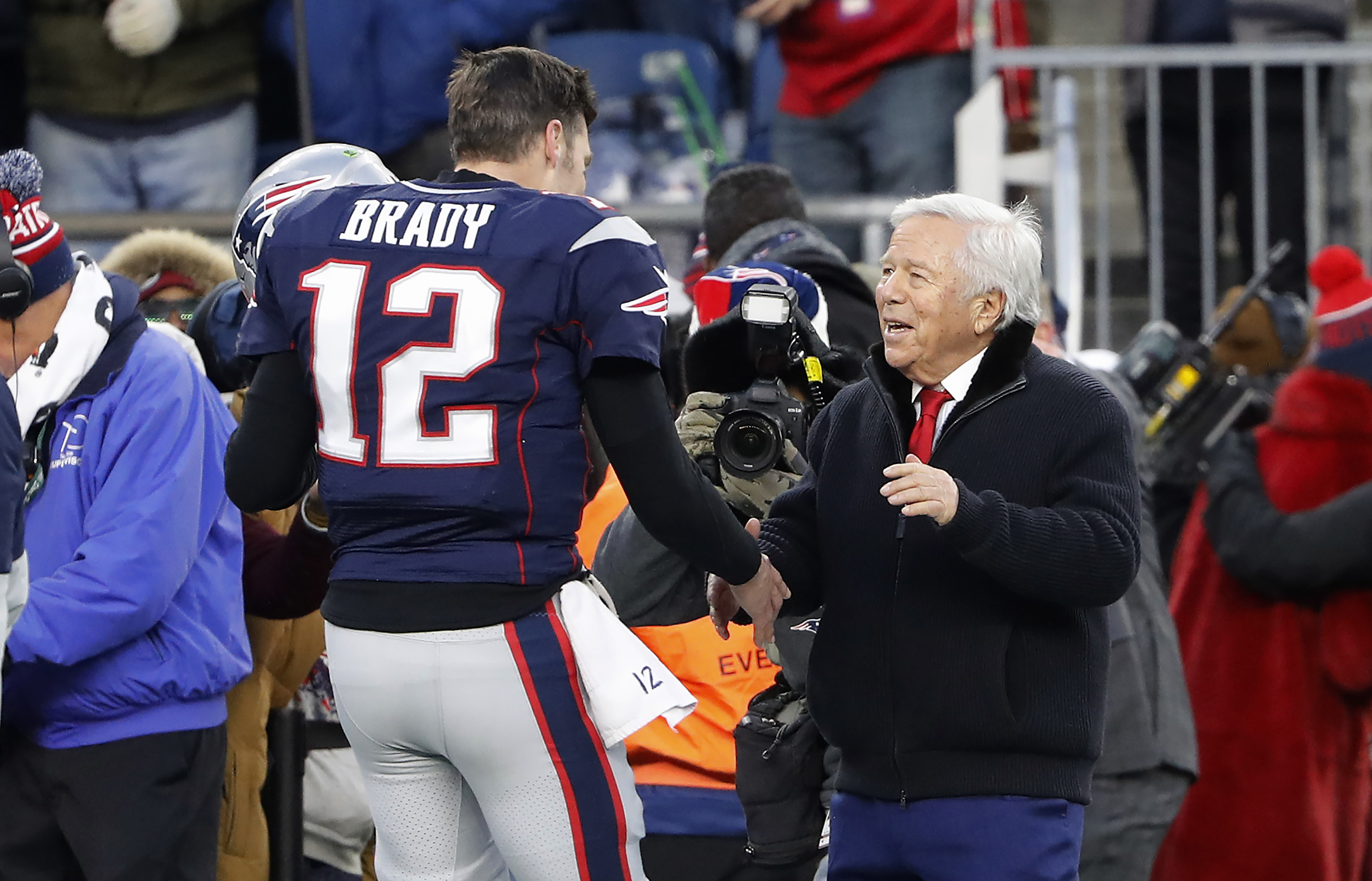 NFL fans are preparing for something that the league has never seen before — the quarterback who’s won the most Super Bowls hitting the free-agent market.

Former 49ers quarterback Joe Montana won four Super Bowls, but he was traded to the Chiefs at the end of his career, as that was before the free agency era. Not only that, Montana was nowhere near the level he was previously at, so the move didn’t go well.

And Brady, well, he won six Super Bowls — two more than Montana. However, he’ll be 43 years old once next season rolls around, and has looked completely immobile in the pocket. As such, the Patriots front office — err, Bill Belichick, who calls most of the shots — may look to move on from him.

But team owner Robert Kraft still plans to retain Brady, or at least that’s what he told TMZ Sports.

“We plan to,” Kraft told TMZ, when asked if the Patriots would keep Brady in New England.

That’s all well and good, as we know Kraft has a close relationship with Brady. But the team might fare better with a younger, mobile quarterback — ushering in a new era at the position. The time will come eventually, so why not now?