Analyzing the Packers' Top Five Needs Heading into the Offseason 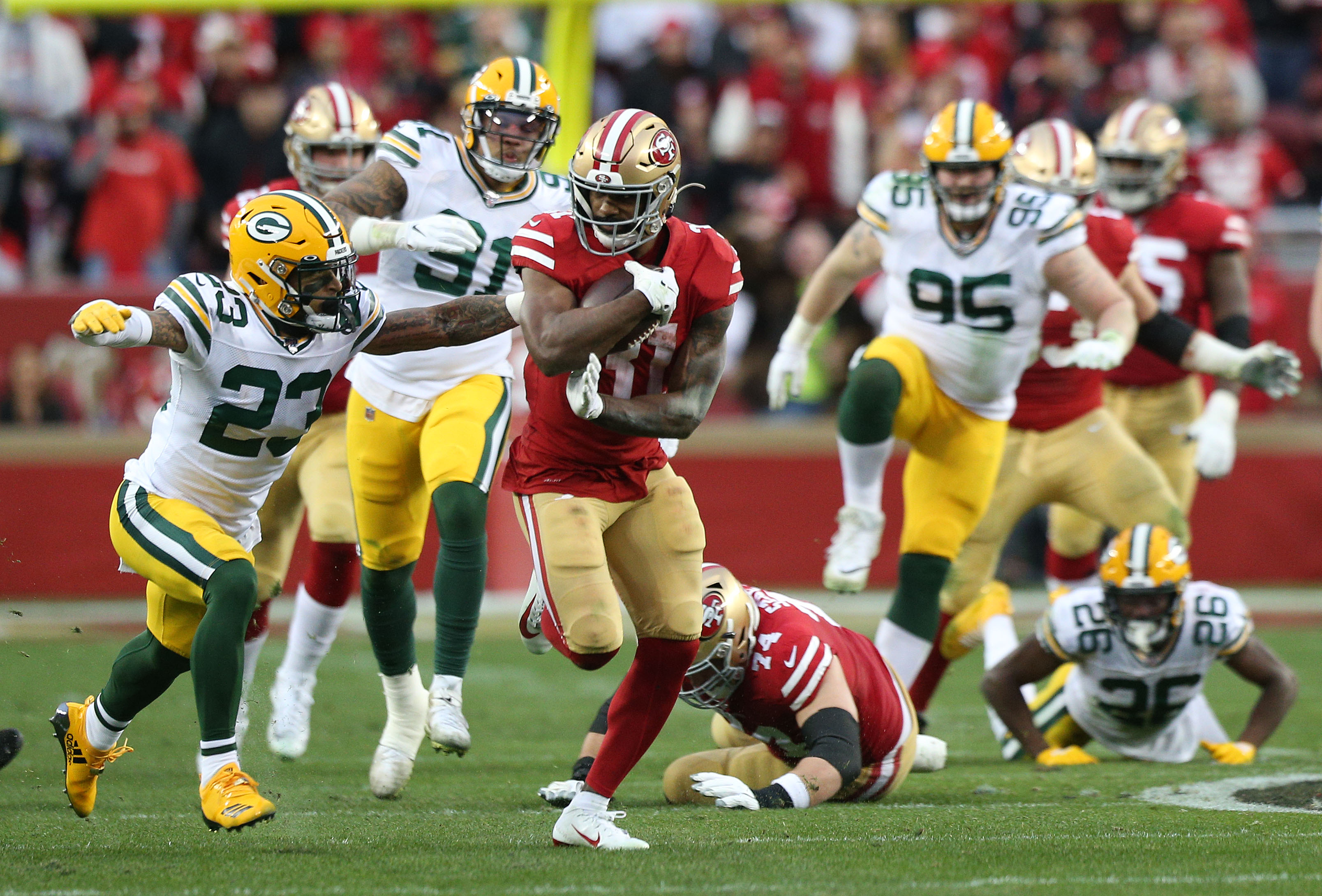 Analyzing the Packers' Top Five Needs Heading into the Offseason

As the Packers head into the offseason, they have several areas they need to strengthen to take the team to the next level. During many end of season press conferences, several players, coaches and upper management indicated there was a gap between the NFC Champion 49ers and the second-seeded Packers.

Here are the top five areas the Pack needs to address this offseason if they hope to close that gap and take another step forward in 2020:

The team’s failure to stop the 49ers from running the football only reinforces the need at this position. The Packers must add an inside linebacker with the speed to make tackles across the entire field, something they haven’t had in recent years.

If Blake Martinez departs in free agency, the Packers probably need to add two players at this position as the projected starters among returning players would be Oren Burks, Ty Summers with undrafted rookie Curtis Bolton also on the roster. Bolton impressed in training camp last summer but has yet to play a regular season down in an NFL game.

The Packers desperately need to upgrade this area in the offseason and may make additions in both the draft and via free agency.

Kenny Clark is a standout at his position but to stop the run more effectively an overall talent upgrade is needed at this position. Returning starters Tyler Lancaster and Dean Lowry will be back. There is potential hope from 2019 draftee Kingsley Keke who was a rotational player this season. Montravius Adams has yet to take the next step forward after three seasons and may be getting his last chance to show he belongs in training camp this summer.

Clark clearly missed Mike Daniels who was very strong and able to occupy multiple blockers when healthy. The Packers need a player up front to compliment Clark and give opposing offenses headaches. That would allow Lancaster and/or Lowry to be rotational players moving forward and add talent and depth to this position.

Davante Adams is a star at WR1 but there were too many games where the Packers did not have a consistent second target at this position. There is also an overall lack of speed at this position except for the inconsistent Marquez Valdes-Scantling.

Allen Lazard stepped up to become WR2 by the end of the season, but reinforcements are certainly needed here.

The Packers need more speed and reliability at this position and probably should add a piece in free agency and take advantage of the fact that this is a very deep draft at the wide receiver position.

The Packers offensive line needs reinforcements. The team was fortunate that all five starters were able to start every game except for the NFC Divisional Playoff meeting with Seattle.

The urgency of filling out this group depends on free agency. If the Packers re-sign Bryan Bulaga, they will still need to draft his successor, but there is less urgency that this player will need to step in and start right away.

Swing tackle Jared Veldheer is also an unrestricted free agent. His return would give the Packers some reliable veteran depth at tackle, but again, he is on the wrong side of 30 and may only have a year or two left.

Depth and potential starters down the line are needed in this area.

At his end of year press conference, GM Brian Gutekunst indicated he was pleased with Aaron Rodgers’ play in 2019, but added that “Obviously, he’s still playing at an elite level, but for me, I was raised by Ron Wolf and Ted Thompson, if there’s a quarterback we think can play, that’s a starter in the National Football League, we’ll never pass that up.”

Rodgers is now 36 and he has at least two years left on his contract. Keep in mind that when the Packers drafted Rodgers, Brett Favre was 35. Rodgers sat behind Favre for three seasons between 2005-07 before taking over as the starter in 2008.

The Packers didn’t plan to draft Rodgers in the first round but when he fell to them, they realized he was too valuable to pass up with the 24th overall pick in the 2005 draft.

Gutekunst is unlikely to draft a quarterback with the Packers first round selection, 30th overall, but at some point, he may use a mid-round or late-round pick to draft somebody who could develop into Rodgers’ successor.

This is something to keep an eye on moving forward.