Final Grades for the Packers' Defense and Special Teams in 2019 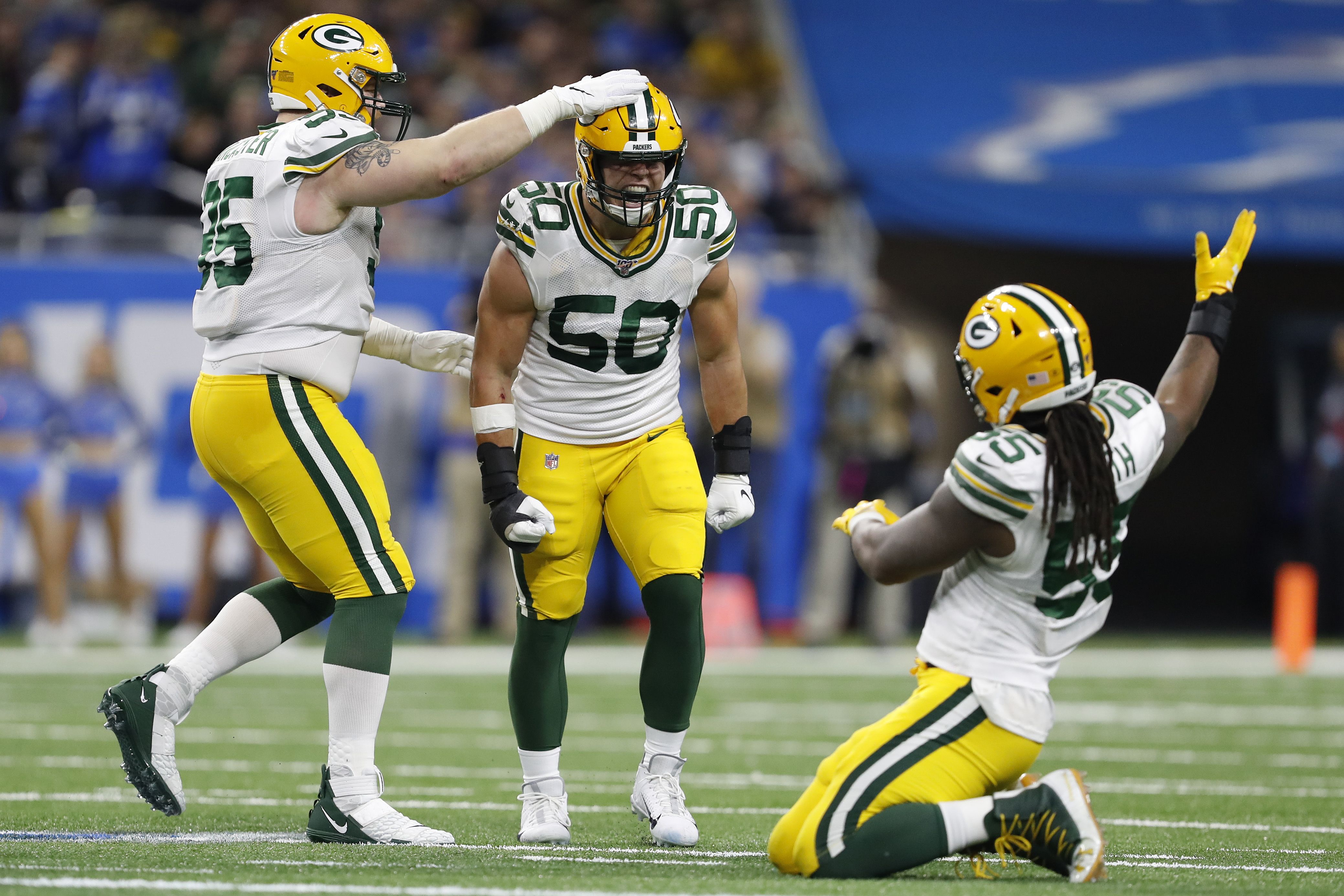 Final Grades for the Packers' Defense and Special Teams in 2019

The Green Bay Packers defense made progress in 2019 but was still far from a dominant unit. While the pass rush greatly improved and the team forced a lot more turnovers than they did the previous season, they still gave up yards in bunches and allowed too many splash plays, especially in the first half of the season.

Defensive coordinator Mike Pettine had more talent to work with this year especially with the additions of free agents Preston and Za’Darius Smith and Adrian Amos and first round draft choice Darnell Savage. The defense stayed relatively healthy which also helped a great deal.

The team finished the season ranked 18th in the league in total yards allowed. The pass defense was ranked 14th but the run defense was only 23rd in the league allowing more than 120 yards per game as Pettine emphasized stopping the pass over limiting opposing rushing attacks.

The defense did create a lot more turnovers this season with a plus-11 differential, fourth best in the league. They were also strong in the red zone with a bend but don’t break philosophy.

Kenny Clark remains the best player on the defensive line by far. In 16 games, he was in on 62 total tackles, by far the most among defensive linemen. He also had six sacks. After a bit of a sluggish start, Clark came on strong late in the season and was his dominant self.

Dean Lowry did not register a sack this season while making 47 total tackles and intercepting one pass. He is best suited as a run defender in base defenses. Tyler Lancaster made 1.5 sacks and 30 total tackles. Lancaster continues to be steady but unspectacular.

The Packers were hoping for a jump from Montravius Adams in his third NFL season, but the Auburn product still didn’t get on the field much. He made 11 total tackles and knocked down three passes in 14 games but was in on only 187 snaps all season, down from 212 in 2018.

Rookie Kingsley Keke showed some flashes late in the season but saw only limited action, making 10 total tackles in 14 appearances. The Packers hope Keke can take his game to the next level next season.

The run defense needs an upgrade and the Packers will look to bolster this unit in the offseason.

The outside linebacking duo of Preston Smith and Za’Darius Smith were outstanding additions to the Packers. Preston made 56 total tackles and 12 sacks while also intercepting one pass and breaking up four more. His versatility was an important part of the defense’s improved play.

Za’Darius Smith led the team with 13.5 sacks and put consistent pressure on opposing quarterbacks all season. Z made 55 total tackles and was dominant in several games, most notably the division clinching win over Minnesota in Week 16.

Both Smiths showed excellent leadership qualities and made the locker room a fun place to be. That helped bring the entire team closer together.

Inside, Blake Martinez led the team in tackles again with 155. He added three sacks and one interception. Still, Martinez’s lack of speed hinders him in pass coverage and prevents him from becoming an elite ILB. He is smart and tough but too many of his tackles come five or more yards downfield. He is unlikely to return as another team will probably offer him more money than the Packers are willing to pay to retain him.

B.J. Goodson joined the team just before the season started and made 35 total tackles. He is primarily a run defender and a replacement level player.

Rookie Rashan Gary made 21 total tackles and two sacks in spot duty behind the Smiths. The talent is obviously there but the coaching staff was determined to bring Gary along slowly as he transitioned from playing defensive line in college to playing edge in the NFL. His play picked up later in the season and the Packers are hoping he contributes a lot more in 2020.

Kyler Fackrell saw his playing time greatly reduced and his sack total fell from 10.5 to 1.0. He made 19 total tackles in 16 games while playing in only 40 percent of the team’s defensive snaps, down from 59 percent a year ago. Fackrell is also an unrestricted free agent and is likely to sign elsewhere.

Injuries once again slowed down Oren Burks’ development. He played only six percent of the team’s snaps on defense although he did become one of the team’s better players on special teams late in the season. 2020 will be a make or break season for Burks and perhaps his final chance to prove he can play a major role in this defense.

Jaire Alexander remains the team’s best cover corner and he took another step forward in his second NFL season. He led the team with 17 passes defensed and made 58 tackles overall. Alexander is confident and has a short memory, two big assets for a successful cornerback. The biggest thing he needs to do to become an elite player is hold on to potential interceptions.

Kevin King stayed healthy this season, playing in 15 games and making 66 total tackles. He also led the Pack with five interceptions and broke up 15 passes. King was a key cog in the defense. When he had a good game, the secondary was solid. When he struggled, the team gave up too many big plays. His size and reach are his biggest assets.

Adrian Amos was just as advertised when the Packers signed him as a free agent from the Bears. Amos is a steady, smart player who is rarely out of position. He led all DBs with 81 total tackles and made two interceptions including the game clincher in the season opener in Chicago.

Darnell Savage had a good rookie season. He is a hitter and has a non-stop motor. Savage made 55 total tackles and picked off two passes in 14 games. He should be a mainstay at safety for years to come and should improve as he gains experience.

Nickel corner Tramon Williams continued to play well at the ripe old age of 36. He picked off two passes and was solid in coverage while providing a lot of leadership. Williams anticipates plays well and has seen everything in this league.

Chandon Sullivan was quietly efficient as the dime back. He made 28 total tackles, broke up six passes and had an incredible interception of Dak Prescott against the Cowboys. Sullivan picked up his game this year and may be able to expand his role next season.

Raven Greene was off to a very good start at the hybrid safety/ILB position before injuries ended his season in Week 2. The Packers hope he can return and contribute next season.

Will Redmond was a big contributor on special teams and filled in on defense as well. He finished the season with 28 tackles in 13 games. Ibraheim Campbell played in seven games and made 13 tackles. He mostly filled in at the hybrid ILB/S position after Greene was hurt.

Kicker Mason Crosby had a career year, tying the team single-season accuracy record by kicking 22-of-24 field goals and missing just one extra point. He remains consistent and handles the bad weather at Lambeau as well as anybody.

JK Scott averaged 44.0 yards per kick and placed 29 punts inside the opponent’s 20 while kicking just four touchbacks. Scott had a mini slump in November but was a difference maker in several games most notably the season opener in Chicago.

The return game was a big problem until Tyler Ervin joined the team for the final four games of the season. Ervin gained positive yardage and made tacklers miss.

The coverage teams were below average overall which was still a big improvement over last year. Special teams penalties were also down significantly over 2018.