Grading the Packers 2019 Draft Class After One Season 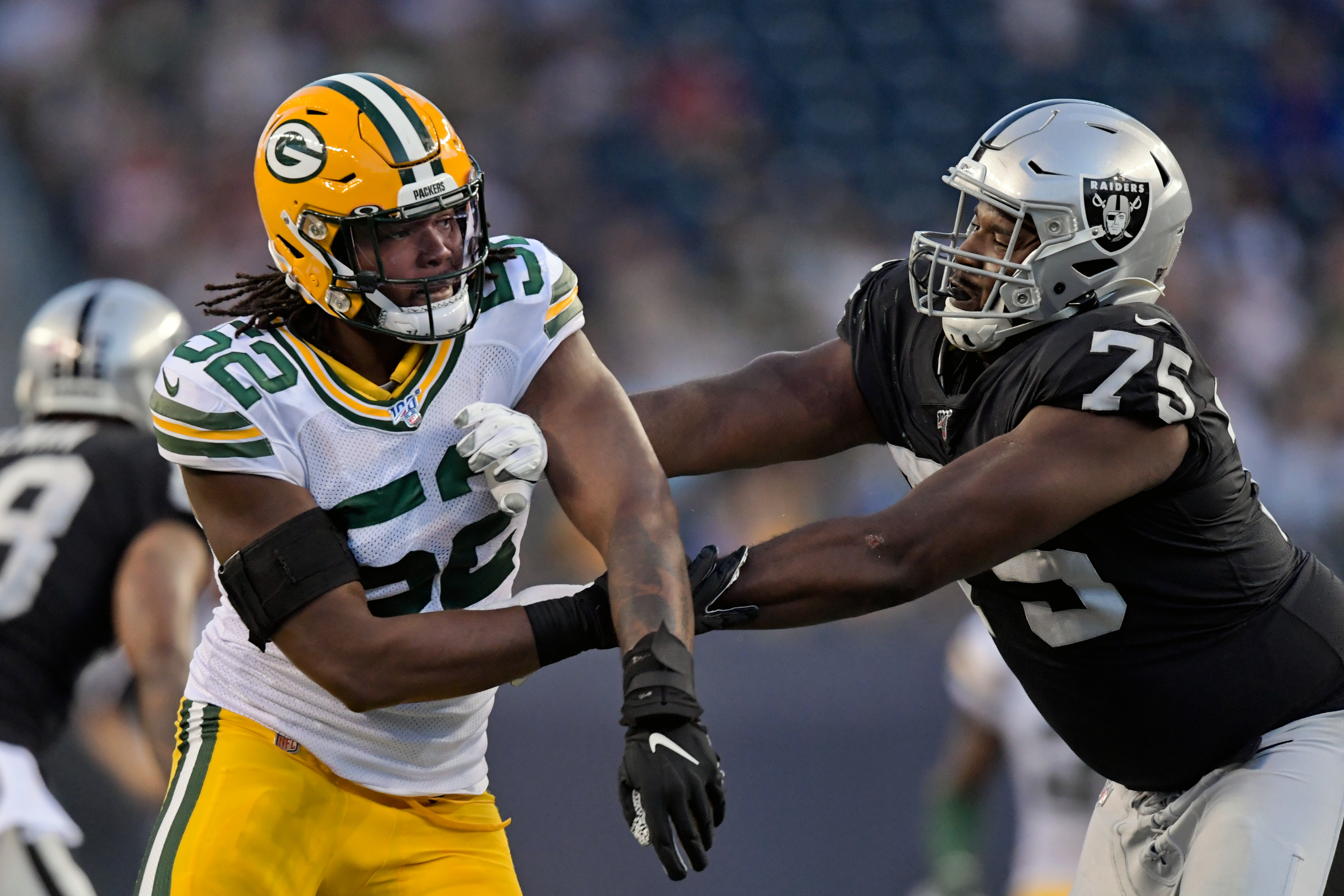 Grading the Packers 2019 Draft Class After One Season

Now that the 2019 season is complete, it’s time to take stock of the performance of this past year’s Packers draft class. All the team’s picks from this year’s draft remain on the team’s roster as of the end of the season. How did GM Brian Gutekunst’s second draft class do in their inaugural season? Here is an in-depth analysis of their rookie performances and what lies ahead for the Packers class of 2019. Grades are based on a combination of expectations and actual performance.

The Packers coaching staff intended to bring Gary along slowly as he transitioned from playing defensive line in college to outside linebacker in the pros. He also was playing behind Preston and Za’Darius Smith both of whom had career years.

Gary finished the season with two sacks and 21 total tackles while playing in 24 percent of the Packers defensive snaps.

While some fans were disappointed that the Packers used the 12th overall pick on a player who didn’t see much action as a rookie, the coaching staff was pleased with Gary’s overall progress.

Expect to see more of Gary in 2020 as the Packers coaching staff looks for more ways to get the Michigan alum on the field and to have him have a greater impact.

Savage stepped in and took over the starting safety job from Day 1 and did a good job. The University of Maryland product made 55 total tackles in 14 games and two interceptions. He also broke up five passes.

Savage has good speed, isn’t afraid to hit and has a non-stop motor that coaches love. He made some rookie mistakes but overall, was a large upgrade for the Packers at the position and should be a fixture at safety for years to come.

Savage was one of two Packers named to the NFL’s All-Rookie Team, an honor he most definitely earned.

Jenkins took over as the starting left guard in Week 3 after starter Lane Taylor was lost for the season due to an injury. Even before Taylor was hurt, Jenkins was pushing the veteran for playing time.

Jenkins did not allow a sack during the regular season and didn’t miss a snap after taking over the starting spot. His run blocking was good and should continue to improve.

The Packers love Jenkins’ versatility. The Mississippi State alum can play center and tackle in addition to guard. He is a smart football player and should continue to improve with experience.

Jenkins also earned a place on the All-Rookie Team and has the potential to be a Pro Bowl guard in the future if he continues to work hard and develop.

Sternberger started the season on the injured reserve and wasn’t activated until Week 9. He did not catch a pass during the six regular season games he played in but did show surprisingly good blocking ability and filled in at H-back when fullback Danny Vitale was out of the lineup.

He has size and speed that can create mismatches for safeties or linebackers trying to cover him and has shown himself to be a dedicated and hard-working player who wants to prove himself to the coaching staff and improve his game.

Sternberger has a chance to become the starting tight end next season with a strong camp.

Keke played in 14 games and made 10 total tackles and was credited with one quarterback hit. He played only 94 snaps on defense, or roughly nine percent of the team’s overall plays. The Texas A&M alum showed flashes of ability during the preseason and in his limited playing time, but he is still learning the NFL game.

Keke should be a bigger part of the defensive rotation in 2020 once he adds some moves to his repertoire to go with his natural quickness and strength.

Hollman had a strong camp and preseason as the coaching staff was impressed by his physical, bump and run style of play. He made the team but played in only four games and four snaps on defense all season. Most of his game action came on special teams.

The Toledo product has good size and physicality and hopes to take on a bigger role next season.

Williams can run the football but as he showed in the preseason, but he still needs to work on his receiving and pass blocking if he hopes to see the field more in 2020.

If he improves the non-ball carrying skills, Williams could see the field a lot more next season.

Summers made the team after making a lot of tackles in the preseason. He played in all 16 games but played exclusively on special teams where he was a mainstay.

The TCU alum has a chance to play more defense next season especially if Blake Martinez and/or BJ Goodson are not re-signed.

It’s impossible to objectively grade a draft after one season, but this group has potential. Gutekunst got two immediate starters in this draft in Savage and Jenkins and both made the All-Rookie Team. Next year will be telling for Gary and Sternberger with the later round picks each having a chance to improve and take on bigger roles with this team if they do.