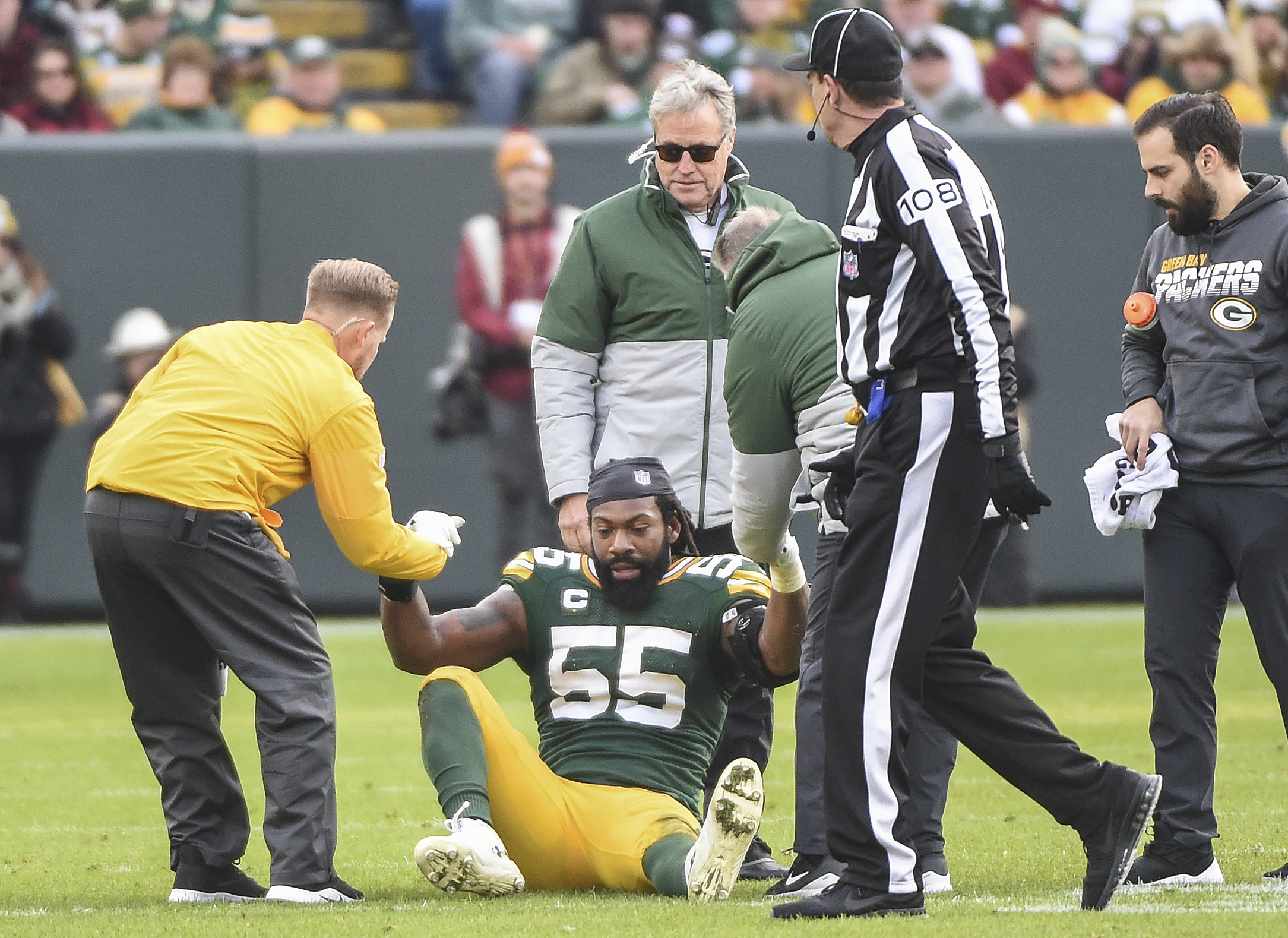 What a difference a year made for the Green Bay Packers. In 2018, the Pack suffered numerous injuries that left the team’s roster decimated by late season. They finished 6-9-1. This past season, however, Green Bay remained one of the league’s healthier teams and the result was a 13-3 finish, a division title and a trip to the NFC Championship Game.

While injuries or the lack thereof were far from the only reason for Green Bay’s significant improvement this season, they did play a major role.

If we break down the injuries by position group, we see how much healthier the Packers were in 2019 as compared to 2018:

Aaron Rodgers started all 16 games both seasons, but he was playing hurt nearly all of 2018. Rodgers suffered a knee injury in the Week 1 comeback win over the Bears. Although he returned to action and didn’t miss a start, he was clearly hampered by his injury and was not as accurate or as consistent as he had been in past seasons. Rodgers also missed most of the season finale against Detroit after suffering a concussion early in the game.

In 2019, Rodgers did not suffer any significant injuries and was able to play in all 16 contests.

In 2018, starter back Aaron Jones missed two games due to a suspension and two more games due to a knee injury. He ended the season on the injured reserve. In 2019, Jones was healthy, played in all 16 games for the first time as a pro and had a career year. Jones became the first Packers back to gain more than 1,000 yards in a season since Eddie Lacy in 2014 and was second on the team with 49 pass receptions as well.

Jamaal Williams was healthier in 2018 than he was this season. Williams played in all 16 games in 2018 but missed two games due to several injuries including a concussion.

Davante Adams missed four games this season due to a turf toe injury. Last year, Adams missed the season finale but played in 15 games. Adams’ injury was the most significant and impactful the Packers experienced this season.

Last season, Geronimo Allison missed 11 games due to injury but was effective when he played. This season, Allison appeared in all 16 games although he did struggle through some nagging injuries that slowed him down at times. Unfortunately, Allison had a disappointing season.

Jake Kumerow missed time both seasons, but he is the fourth or fifth receiver on the depth chart. Equanimeous St. Brown missed all of 2019 with an injury suffered in preseason, but the receivers were otherwise healthy even if they were not always productive.

Jimmy Graham played all 16 games both seasons. Robert Tonyan missed five games this season after playing all 16 games a year ago. Rookie Jace Sternberger was on IR for the first half of his rookie campaign but worked his way into the tight end/H-back rotation by the time the playoffs came around.

The Packers were much healthier this season on the offensive line. Lane Taylor was injured in Week 2 and missed the rest of the season. His replacement, rookie Elgton Jenkins, started the final 14 games and didn’t miss any time after that.

In 2018, Bulaga and Taylor missed two games each while right guard was a revolving door between three players who struggled to stay healthy and be effective. Billy Turner started all 16 games and played nearly every snap at right guard this season.

The 2018 Packers defensive line was decimated by injuries. None of the three players who started the season opener finished the year on the active roster. Mike Daniels, Muhammad Wilkerson and Kenny Clark all missed time with Wilkerson playing only three games and Daniels only nine.

In 2019, Clark, Tyler Lancaster and Dean Lowry all played in all 16 games and stayed relatively healthy throughout the campaign.

Oren Burks was injured in the preseason before both 2018 and 2019 and saw limited action as a result. The newly signed Smith Brothers both played all 16 games in 2019 as did Blake Martinez while BJ Goodson appeared in 15 contests.

In 2018, Nick Perry missed nearly half the season due to injury which led to Kyler Fackrell’s emergence. The rest of the linebackers remained healthy although they were not always playing well.

The 2018 secondary was a mess with multiple players missing time due to an assortment of injuries. By the end of the season, players were being signed as street free agents and being thrust into games almost immediately. Jaire Alexander missed three games in his rookie season, Josh Jones missed three games, while the other projected starting corner, Kevin King, only played in six games in 2018. Ha-Ha Clinton-Dix was traded midseason and Jermaine Whitehead was released. Raven Greene, Ibraheim Campbell, Will Redmond, Eddie Pleasant and Kentrell Brice all saw time in the secondary which became a revolving door by season’s end.

This year, King missed one game due to injury and rookie safety Darnell Savage sat out two. Both Alexander and free agent acquisition Adrian Amos started every game for the Pack while nickel back Tramon Williams remained healthy in both 2018 and 2019.

The bottom line is that the Packers were very fortunate this season. Taylor missed 14ames but was being challenged by Jenkins before he was hurt, and Jenkins was even an upgrade at the position by season’s end.

The only other starter who missed significant time was Davante Adams who missed four games and was slowed in parts of others in October and early November.

Another factor in the team’s success was better organizational depth due to GM Brian Gutekunst’s decision to sign street free agents like Tyler Ervin and Jared Valdheer who helped out when the team did have to deal with injuries.

The Packers hope they can remain relatively healthy again next season and that they will have additional depth to deal with injuries when they occur in 2020.