Five rational thoughts on an unexpected Celtics win in Utah 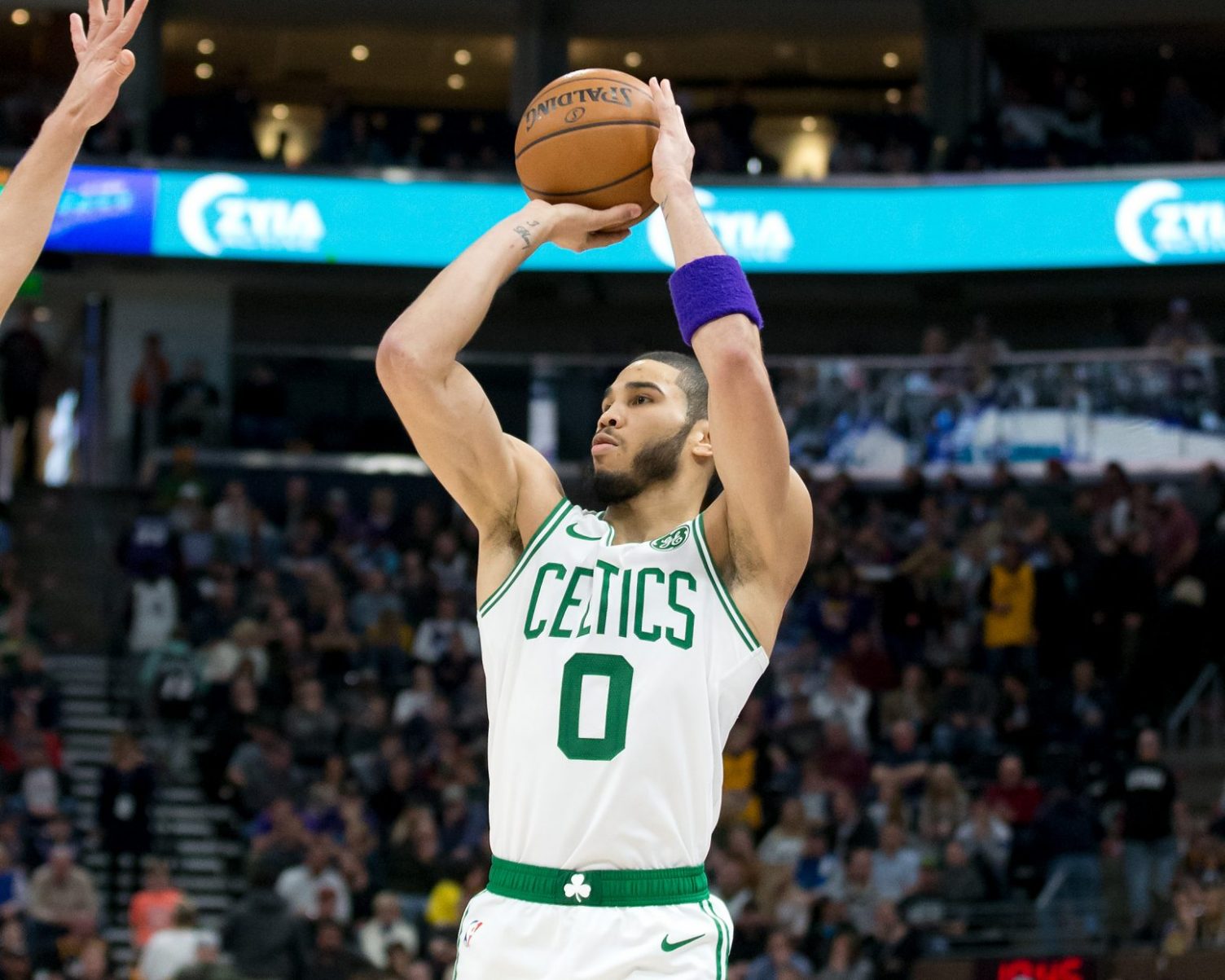 Five rational thoughts on an unexpected Celtics win in Utah

Plenty of folks, including your man right here, thought last night in Salt Lake City would be a scheduled loss for the Celtics. It was anything but; in fact, you could consider arguments for it being February’s second-most entertaining game behind that Clippers double-OT blockbuster. Let’s look at the key points of this team-driven 114-103 win:

A game of peaks and valleys
Not much of the first quarter had gone by before I realized that whatever the game turned out to be, it would not be a typical SEGABABA blowout loss attributable to travel exhaustion. Boston came out swinging and encountered minimal defensive resistance against a Utah squad that looked miserable (perhaps having internalized their lineup drama from earlier in the day).

Things changed considerably in Q2 and Q3. Donovan Mitchell caught fire and his teammates held tight on defense to minimize the Cs’ ability to counter, occasionally resulting in momentary Jazz leads (albeit none larger than 5 points). That continued until late in Q3 when Jaylen Brown went on a mini-run to close out the frame and retain the Celtics’ lead. Then Marcus Smart and Enes Kanter went on personal runs of their own to juke the surplus beyond what the Jazz’s inconsistent offense could overcome.

This wasn’t a game characterized by major mistakes for either squad. The Jazz are an essentially sound team despite their on-and-off struggles; it’s just that the Celtics are a better, more sound one. Jayson Tatum carried them when others couldn’t get stuff going, and the whole team locked in on both ends when it counted the most.

The duelists
Tatum and Mitchell dominated the second and third quarters for their respective teams. While they weren’t often guarding one another because of their positional differences, it was still clear that the two young stars were sparring by way of bucket, particularly during Q2.

It was immensely thrilling to watch. Mitchell scored more points during that frame (19 points to Tatum’s 18) and for the game (37 as opposed to 33)—but only he who gets the W wins the duel.

On that note, Jayson Tatum
Tatum’s line: 33-11-3 on 65% shooting. What can we really say about this streak of his that hasn’t already been said in some form or fashion?

He’s driving to the hoop practically at will and either scoring or getting to the line. He’s elite from beyond the arc. He’s always capable of getting off shots at the midrange when he runs out of options (and, more importantly, isn’t defaulting to the midrange). He’s developing a level of defensive intensity rivaling that of his running buddy Jaylen Brown, who has always been a defensive maven. His basketball IQ is demonstrably, visibly higher than it was at the beginning of the season.

This level of craft and patience is not something Jayson Tatum had earlier in the year pic.twitter.com/U1pDCIkOhV

Big men putting in work
Daniel Theis (16-7-1-1-0) extended his run of double-digit scoring to seven games—easily the longest of his career, but more importantly, it’s a stretch during which the Celtics have a 5-2 record. I stand by my contention that this level of offensive consistency ups the Celtics’ ceiling for this season, and the fact that it’s caused little slippage to Theis’s defensive acumen makes it even more impressive.

Enes Kanter’s line (8-7-0-1-2) looks pedestrian on the surface, but he was largely effective. Mitchell burned him on pick-and-roll defense, but that problem wasn’t unique to Kanter; Theis and Grant Williams got burnt as well. Kanter was clearly putting in effort. And, as previously stated, he and Smart knocked Utah into complacency with their fourth-quarter scoring stretch (which also saw him get sweet revenge against former teammate/insufferable tryhard Rudy Gobert with a momentum-killing steal).

Memo to Utah: Get over the Hayward thing
Booing former players is fine in an all-things-being-equal situation. It’s understandable. But all things are not equal vis-a-vis Gordon Hayward and Utah, and the Vivint crowd was booing him as loud as OKC fans boo Kevin Durant or Celtics fans boo the specter of Kyrie Irving, two players who actively, repeatedly disdain their former squads. And it was clearly affecting Hayward, who shot 4-for-12.

Hayward left behind a very good team to join a big-market squad in the easier conference. Sure. Then he suffered a gruesome injury five minutes into his first regular-season game with that squad. And then he came back a shell of himself a year later, wasn’t fully recovered physically or mentally from that and had a blah season with the Atlantic Division’s most dysfunctional squad. Only now, 2.5 years later, is he playing at a level approximating his 2016-17 excellence.

Whatever anyone thinks about him leaving Utah, I just can’t see how they still feel aggrieved knowing the meat grinder Hayward’s gone through. Am I overthinking this? Yeah, probably. But it bugged me nonetheless.