Three Reasons the Packers Should Draft an ILB In Round 1 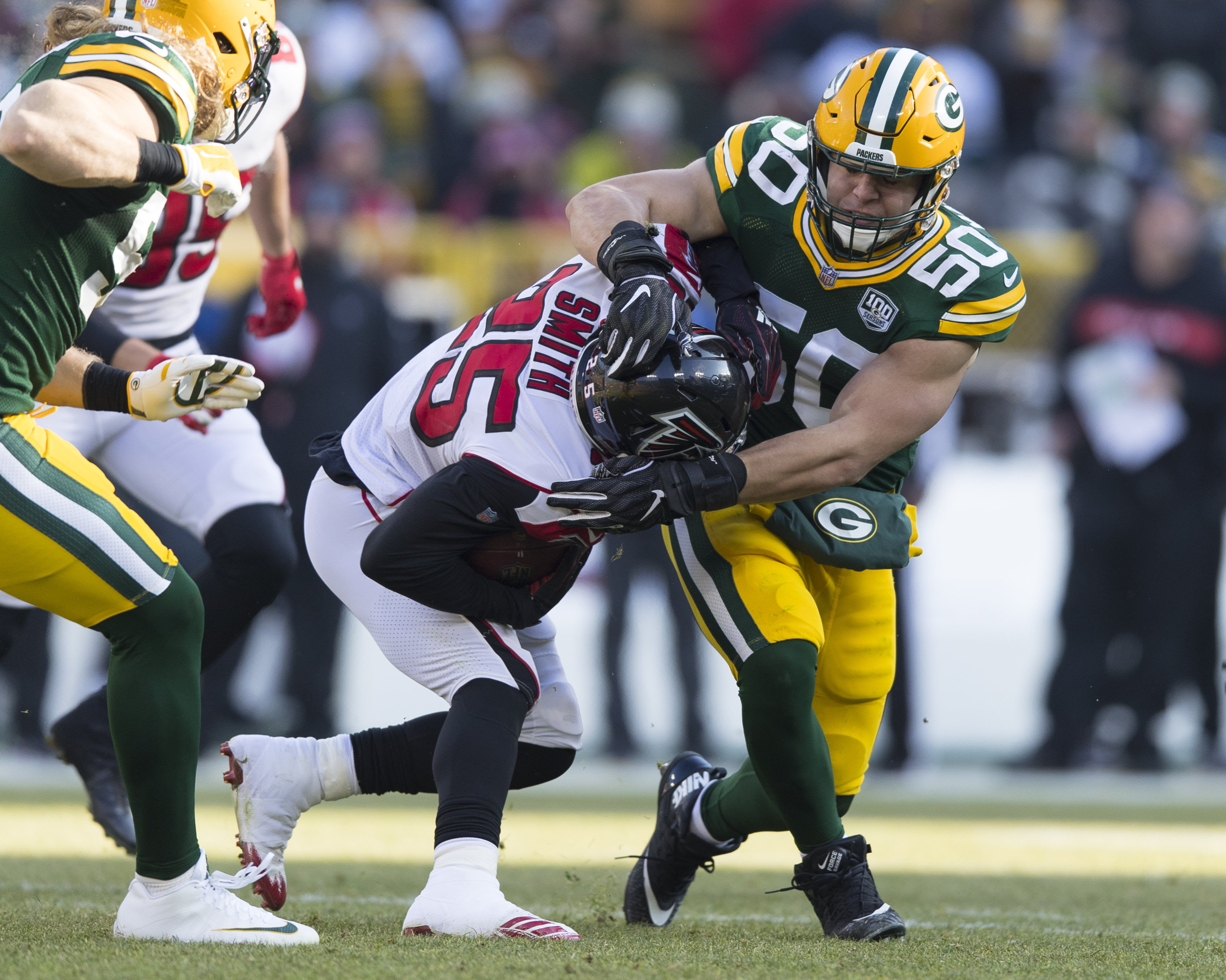 Three Reasons the Packers Should Draft an ILB In Round 1

The Green Bay Packers are presently at the NFL Scouting Combine interviewing potential draft picks and determining which players would best fit their needs. Barring a trade, the Packers presently have the 30th overall pick in the draft. While Green Bay has several areas of need, the Pack should look to add an inside linebacker in the first round of this year’s draft. Here are three reasons why that is he best move they can make as of right now:

1. They Have No Experienced Players Returning at the Position

Both of this year’s starters, Blake Martinez and BJ Goodson, will be unrestricted free agents next month. Neither is expected to return to the team in 2020.

That leaves the Packers with no proven NFL talent at the position. The leading candidates presently on the roster include 2019 seventh-round pick Ty Summers who played exclusively on special teams as a rookie, undrafted free agent Curtis Bolton who played well in the preseason but missed all of the regular season with an injury, and Oren Burks who has struggled to both stay healthy and earn playing time during his first two NFL seasons.

Only Burks has played defense in an NFL game although he only played in six percent of the defensive snaps in 2019. The coaching staff did not look to put Burks on the field on defense, choosing instead to play Goodson or hybrid ILB/safeties like Raven Greene and Ibraheim Campbell.

Right now, the Packers lack experience and depth at the position. The team’s limited cap space will likely prevent them from signing a top tier free agent at this position. Even if the Pack does bring in a free agent, they need to add a player or two in the draft to shore up the talent on the roster.

2. The Draft Is Much Deeper at Other Positions

The Packers other big needs include wide receiver, offensive tackle and defensive line. This year’s draft is considered very deep at the first two positions and the third is considered a lower priority position in Mike Pettine’s defense.

The Packers can easily add an impact wide receiver or a highly rated offensive tackle they can groom to start in a year or two in the second or third round of this year’s draft. But the drop-off at inside linebacker is considerable after the first few players expected to come off the board.

Kenneth Murray of Oklahoma is the top-rated prospect and he is expected to go in the late first or early second round, right about where the Packers pick. But Murray may be the only ILB selected on the first two days of the draft with the possible exceptions of Jordan Brooks of Texas Tech and Alabama’s Anfernee Jennings.

If the Packers don’t add an ILB in the first round, they may not be able to add a difference maker at all in this year’s draft, leaving their defense with a gaping hole.

3. The ILB Position Has Been Pivotal to the Defense

The Packers lack of elite talent at ILB has hurt the Green Bay defense in recent seasons. Blake Martinez was the primary talent there but his lack of speed and failure to play well in pass coverage hurt the defense in all facets of the game.

The Packers relied on Martinez to make plays and he led the team in tackles by a wide margin in each of the last two seasons in Pettine’s defense. But Martinez was unable to make many impact plays because of his lack of speed and far too many of his tackles came five or more yards down the field after opponents had already made substantial yardage on the play.

The Packers need a replacement who can make more of an impact at the position whether that be sacks, tackles for loss or just quickly bringing opposing ball carriers down after a short gain.

Overall, the team’s lack of experience at the position, the depth in the draft at other positions of needs and the emphasis on playmaking at the position make inside linebacker a strong candidate to be the area the Packers address in the first round of this year’s draft.