Your Morning Dump... Where the Celtics dig deep in the face of adversity 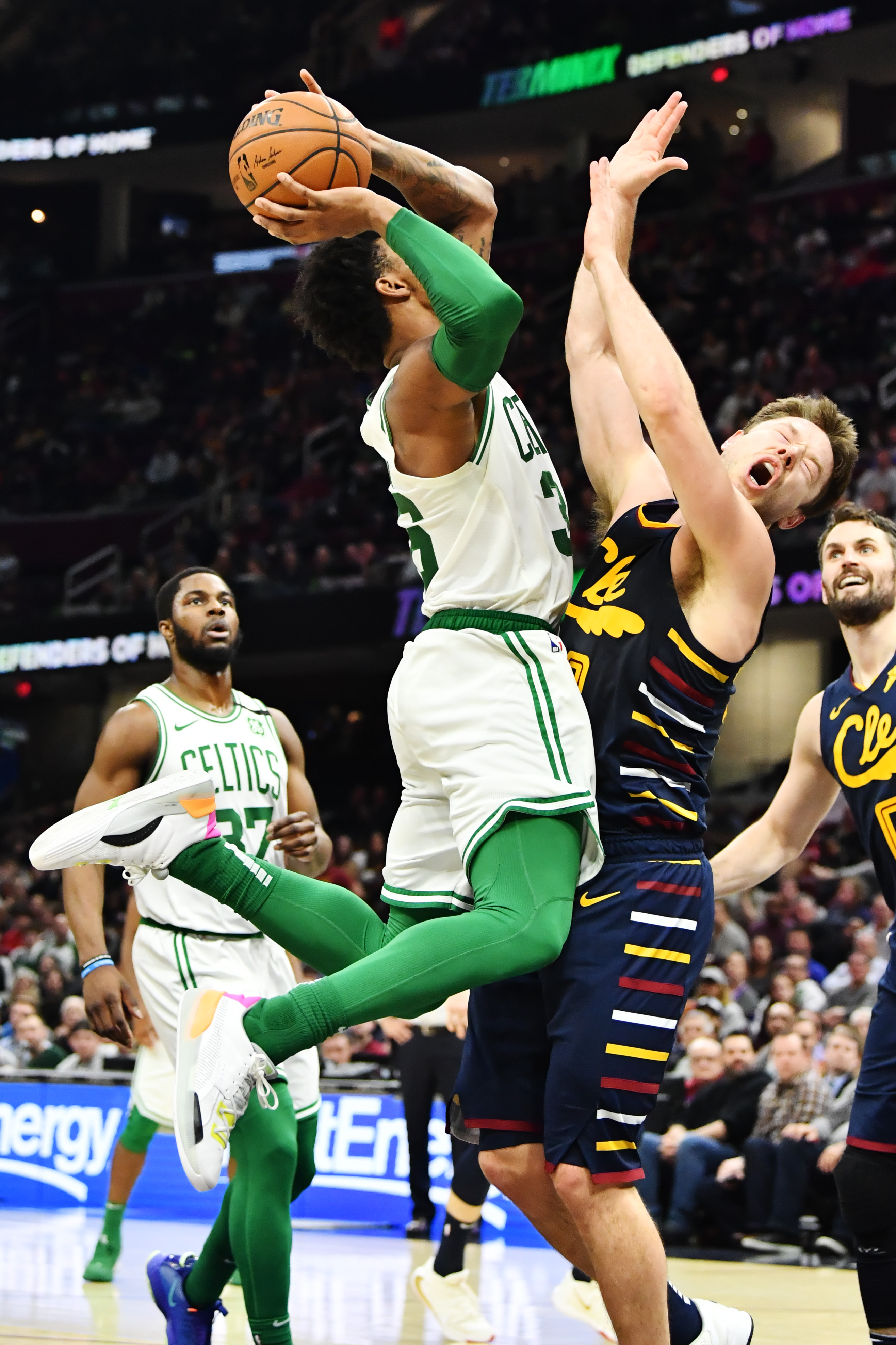 Your Morning Dump... Where the Celtics dig deep in the face of adversity

With starters Kemba Walker, Jaylen Brown and Gordon Hayward out, Jayson Tatum returned to the lineup with 32 points, and Semi Ojeleye had 22 to beat his career-high by five as the Celts held off the bottom-of-the-East Cavaliers, 112-106, Wednesday night.

Having been outscored, 60-33, after taking an 18-point lead against the Nets, it’s fair to say the Bostonians needed this one.

“It was huge,” said Marcus Smart, who shook off a 1-for-10 start from the floor to score 12 of his 18 points in the last quarter. “The lackluster effort that we had the other night was unacceptable, so it just showed the growth of the team, the type of team we want to be. And for us to come out and win this game, we knew it wasn’t going to be easy. We played a really good team. We knew they were going to fight. But this was a big win for us.”

It was an ugly win, but a win nonetheless. I’m sure the Celtics had a lot to think about on the flight to Cleveland Tuesday night, but they responded resiliently and held off a hungry Cavaliers team for their 42nd win of the season. “Needed this one” is an understatement, and you could go as far as to say that last night was a must-win game to see how this Celtics team responds to embarrassment, sloppy play, and injuries.

“Wow, Tatum is really balling, huh?” is now less of a question than an empirical fact, as he looked like a man among boys last night, bullying his way to another 30+ point game, carrying the Celtics when they needed it most. And the Celtics finally got some bench scoring (out of sheer necessity) specifically from Semi Ojeleye.

He missed his first attempt of the night from downtown but caught fire for the remainder of the evening, knocking down 8-of-11 from the field and 5-of-8 from 3-point range in the midst of a career-high 22 point night.

“It’s nights like this that just keep your faith going,” Ojeleye told reporters in Cleveland. “It just feels like relief, a weight off your shoulders [when shots go in]. You put in the work and you finally get to let it show a little bit. Now it’s time to put in more work.”

I’m happy Semi got this small win. I know he’s put the work in in the offseason and has not really had much to show for it. The question is: will he be a James Posey type player, shooting 39.8% from downtown and playing solid D as one of the first guys off the bench? Only time will tell. But hopefully, this is a foreshadowing of what he can provide in the postseason.

On Page 2: No suspension for Smart?

Smart finished with 18 points in 32 minutes, after waiting before the game for a phone call he never received. Smart was convinced he would be fined or suspended for his postgame tirade Tuesday directed at official John Goble following a costly foul on LeVert that led to three free throws that forced overtime.

With still no word from the NBA an hour before the game, Smart walked onto the floor and began warming up. He was in the starting lineup as if it were a normal night. But it wasn’t. Smart was the main culprit in Tuesday’s defeat, and he refrained from speaking to the media following the past few games because of his issues with officiating.

Marcus Smart, the ultimate “no, no, no, YES” player is one of the most frustrating to players to watch in the NBA. He’s also my favorite player. He’s going to continue to do things that make you curse at him through the TV, then sing his praises at the water cooler the next day. Ultimately, it’s more good than bad, and when the Celtics needed him in the fourth quarter last night he responded. We will see if the league decides to suspend him for Friday night’s contest against the Jazz, but the lack of discipline yesterday was a major factor in the Celtics’ victory.