Julian Edelman, at age 33, will finally get Bar Mitzvah'd 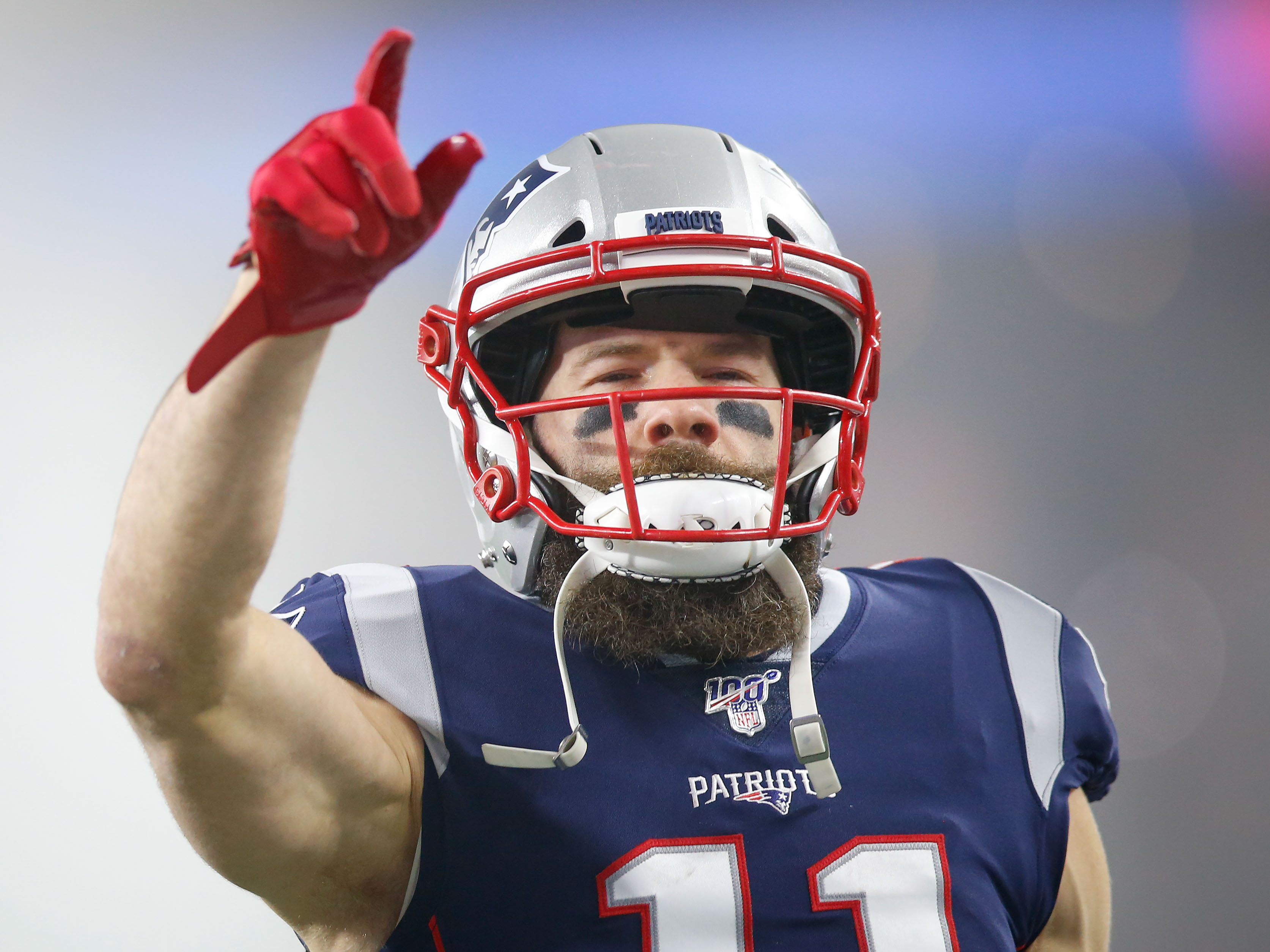 Julian Edelman, at age 33, will finally get Bar Mitzvah'd

Better late than never — especially in the case of religious events or observances.

Patriots receiver may be two decades older than most that practice Judaism who chose to get Bar Mitzvah’d, but that isn’t stopping him from going that route.

Edelman, now at 33, and having had an accomplished NFL career, clearly does not need the extra money or presents — nor does he need the accolades. That’s why we commend him on his recent decision to get Bar Mitzvah’d, which he spoke about at a charity event at the Waldorf Astoria Beverly Hills.

“My dad is Jewish,” Edelman, 33, explained before a banquet thrown by the Ruderman Family Foundation honoring filmmakers Peter and Bobby Farrelly, according to Los Angeles Magazine. “…I converted pretty much,” he said. “I’m going to have a Bar Mitzvah here soon. I speak with a Rabbi every Friday. He’s from out here.”

Edelman said he has attended synagogue during football season. “I go to her temple in Boston,” he said, nodding at Amanda. “I only go once a year.”

He’ll need to consider going to synagogue twice a year — on both Rosh Hashanah and Yom Kippur — if he goes through with it.

And if he does: Mazel Tov!