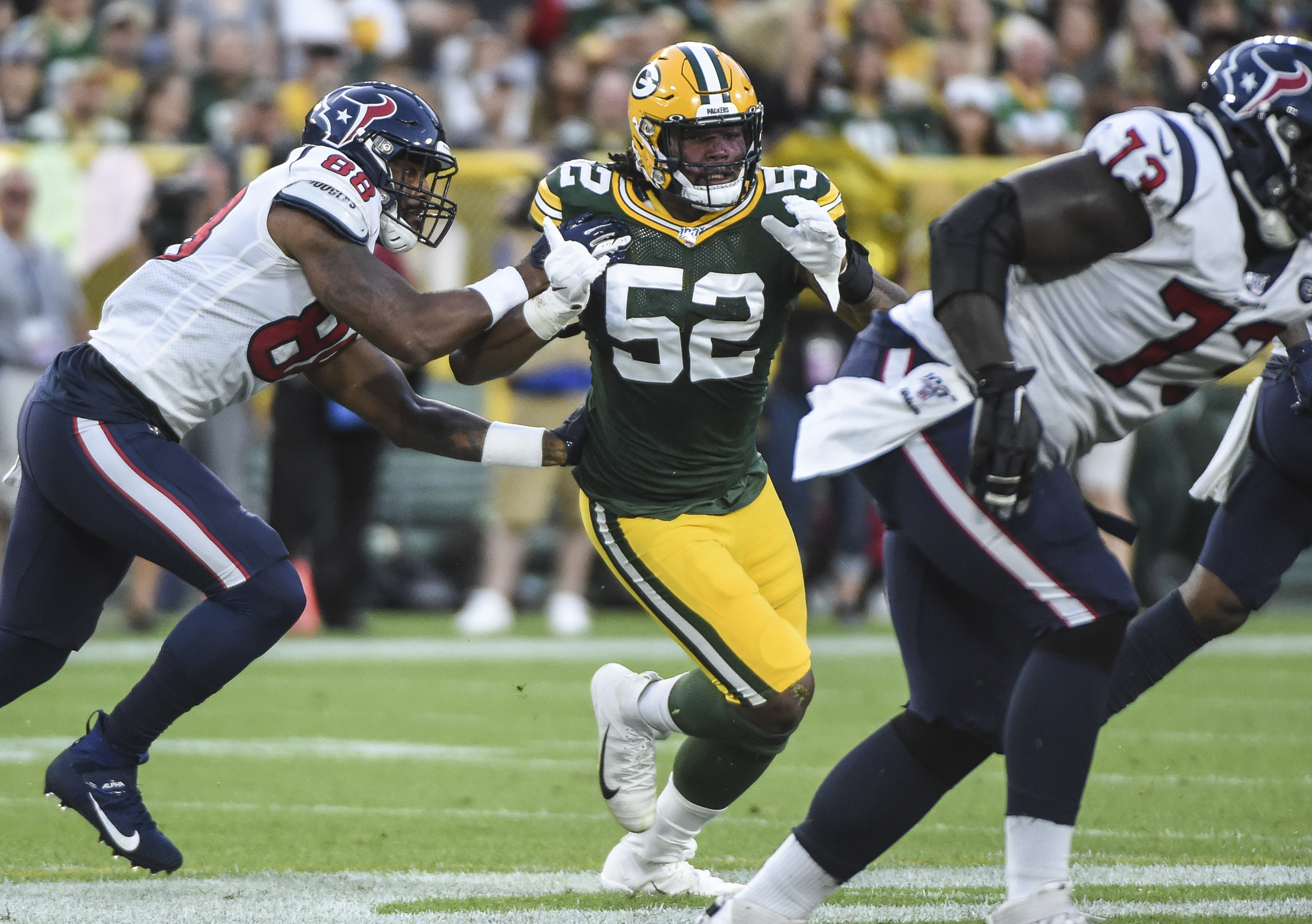 Many Packers fans are impatient to see results from last year’s first-round pick, Rashan Gary. The University of Michigan alum played in all 16 games for the Packers as a rookie but played in only 24 percent of the team’s defensive snaps, making two sacks and 21 total tackles including three tackles for loss and three quarterback hits.

Many people on Packers Twitter expressed frustration with Gary throughout his rookie season, saying that a player selected with the 12th overall pick in the draft should be an immediate contributor. Many are quick to label him a bust.

But here are four reasons why it’s too soon to call Gary a bust and why his best football should be ahead of him:

1. The Packers Knew He was a Project When They Drafted Him

The Packers didn’t expect Gary to start right away when they drafted him. They had just signed two big free agents at edge rusher in Preston Smith and Za’Darius Smith and penciled them in as the starters at the two OLB positions.

In addition, Gary played as a defensive line in college while the Packers knew immediately that at 6’5” and 277-pounds, Gary would be undersized if he played the line in the NFL. They were going to move him to OLB and have him rush off the edge.

Most rookies have an adjustment to the NFL game. When they are also changing positions, the transition will usually take a bit longer.

“We knew he was raw,” admitted outside linebacker coach Mike Smith in December. “We knew he was gifted and all that stuff, but he was extremely raw. This gives the kid a chance to develop. When you’re forced to play a rookie and he struggles early, you can ruin his career. It destroys his confidence, his learning, all that stuff. I’ve seen it a bunch. This just helps him – learn, sit back and understand outside linebacker. A lot of people overlook that and see him as being behind. I think it’s a huge benefit.”

But the Packers were excited about Gary’s off the charts speed and athleticism. “He’s got premier speed off the edge,” Gutekunst told reporters after drafting Gary. “He’s able to bend the corner. He plays with length and power. He’s also going to be able to kick inside and rush inside. So, I don’t think you can ever have enough of those guys.”

After the season, Gutekunst indicated he was generally pleased with his first-round pick’s progress over the course of the season.

“I thought he contributed quite a bit,” the GM said in his end of season press conference. “He was behind two really good players so he didn’t see probably the normal snap time that you would see from a first-round draft pick. But when he was in there, I thought he affected the game.”

2. Gary Is a Very Hard Worker

Everybody has come away impressed by Gary’s work ethic over the course of his rookie season.

“He did some good things. I was glad to see he got some production as well,” Pettine explained. “I just know he’s been working real hard with coach [Mike] Smith, a lot of things outside of his normal drill work, his get-off, his stance, his pad level, just little technical things that he’s trying to clean up and trying to find the right combination for himself.”

Throughout the offseason, video of Gary doing drills has surfaced on social media. He continues to work hard at improving his skills and reaction time.

Until you have to line up in front of me, you won't understand what that means!!!#TrenchRential#PutCheeseOnEverything#GoPackGo pic.twitter.com/jYVwsbzX46

Between his strong work ethic and his rare athleticism, the Packers are optimistic about his future.

Gary was the Packers fourth option at edge rusher for most of 2019 behind the Smith Brothers and Kyler Fackrell.

While Gary played in 24 percent of the Packers defensive snaps, Fackrell played in 40 percent. Fackrell is an unrestricted free agent and is not expected to re-sign with the Packers.

Even if the Smiths stay healthy throughout all of 2020, Gary’s role should increase in Fackrell’s absence.

In addition, because Gary is more versatile than Fackrell and can line up in several different positions, he could see more than the 40 percent of plays that Fackrell did last season.

Expect a bigger role for Gary in his second NFL season and he should also be better equipped to thrive in it.

Edge rushers often take time to develop. Za’Darius Smith, for example, had 5.5 sacks in his rookie season while playing in 39 percent of his team’s snaps. He was not a starter.

Nick Perry, a former first-round pick of the Packers, recorded two sacks as a rookie while playing 18 percent of his team’s snaps. It took him several seasons to reach his full potential.

There are certainly exceptions like Clay Matthews who made an immediate impact as a rookie, but it isn’t unusual for edge rushers to need time to develop, especially when they are changing positions from college. Draft choices are almost never definite busts after just one season.

As he heads into his second NFL season, the Packers are excited about the potential of Rashan Gary. They expect increased playing time and increased production from their first pick in the 2019 draft. Now he must live up to those expectations.