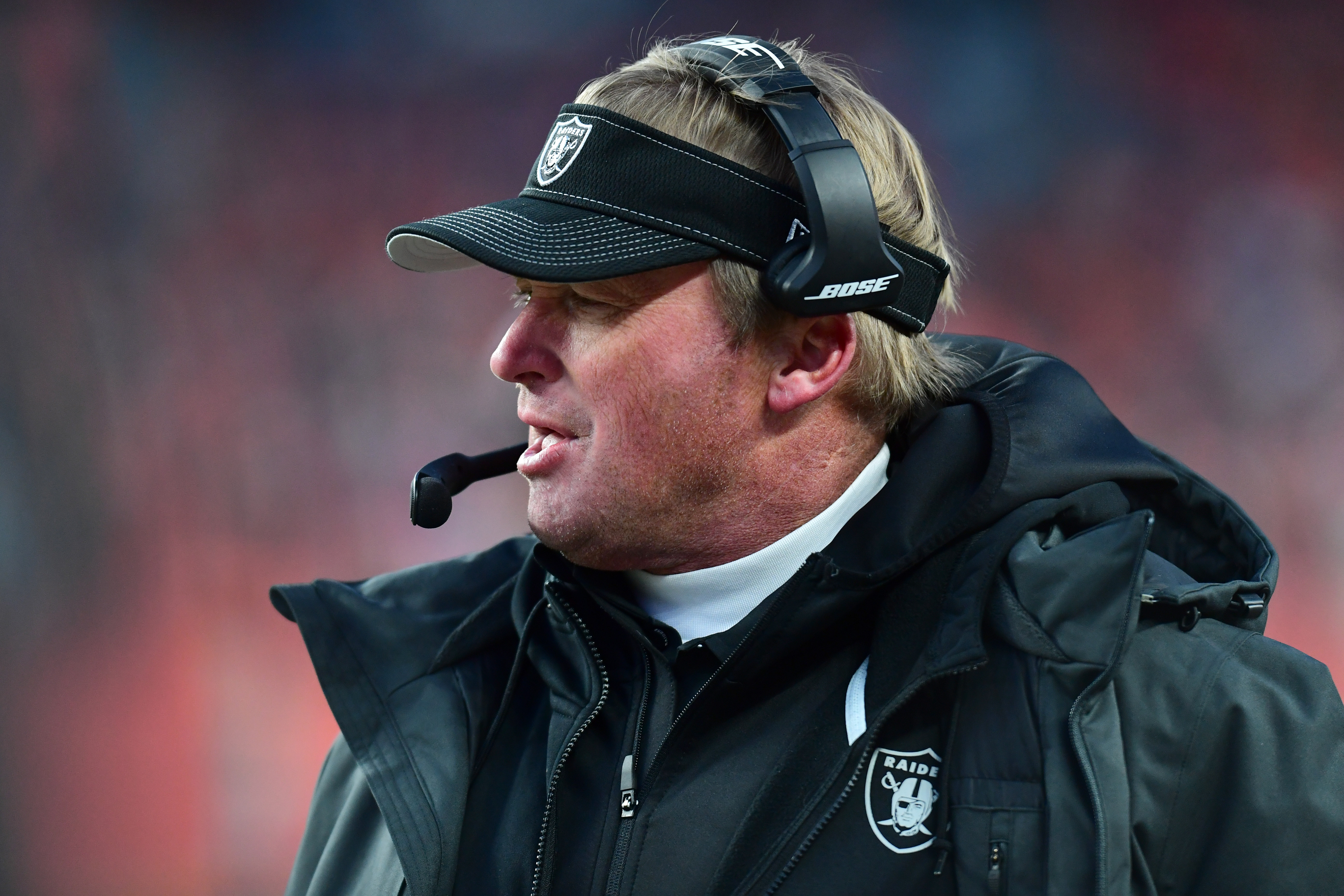 The rumors have been swirling about the Raiders having interest in Tom Brady since before the 2020 NFL season even ended.

Las Vegas did, after all, miss the playoffs, so it began its offseason plan early, getting a jump on other teams. And in reading the tea leaves in the time since Jon Gruden took over, in their exchanges and mannerisms, it sure doesn’t look like the veteran head coach is married to Carr by any means.

Not only that, the Raiders are relocating to Las Vegas, and a free-agency splash could help drive excitement, as well as sell PSLs in their new stadium. That’s why they’ve been linked to Tom Brady.

Gruden finally weighed in on the talk this week, with free agency just around the corner. And yeah, he gave the most Gruden-esque response possible, laughing it off.

“You’re killing me, man,” Gruden said, via the Las Vegas Review-Journal. “We love our quarterback. Our quarterback’s a really good player, Derek Carr. I want to reiterate that to everybody here in Vegas. We’ve got a good, young quarterback, and the film, the statistics and analytics prove it.”

We’ve heard that one before. At this point, it doesn’t appear as if Brady will pick Las Vegas as his preferred destination, but don’t be surprised if Carr is gone in the near future.