Sean McVay praises Todd Gurley after cutting him, says he's 'one of the all-time great Rams' 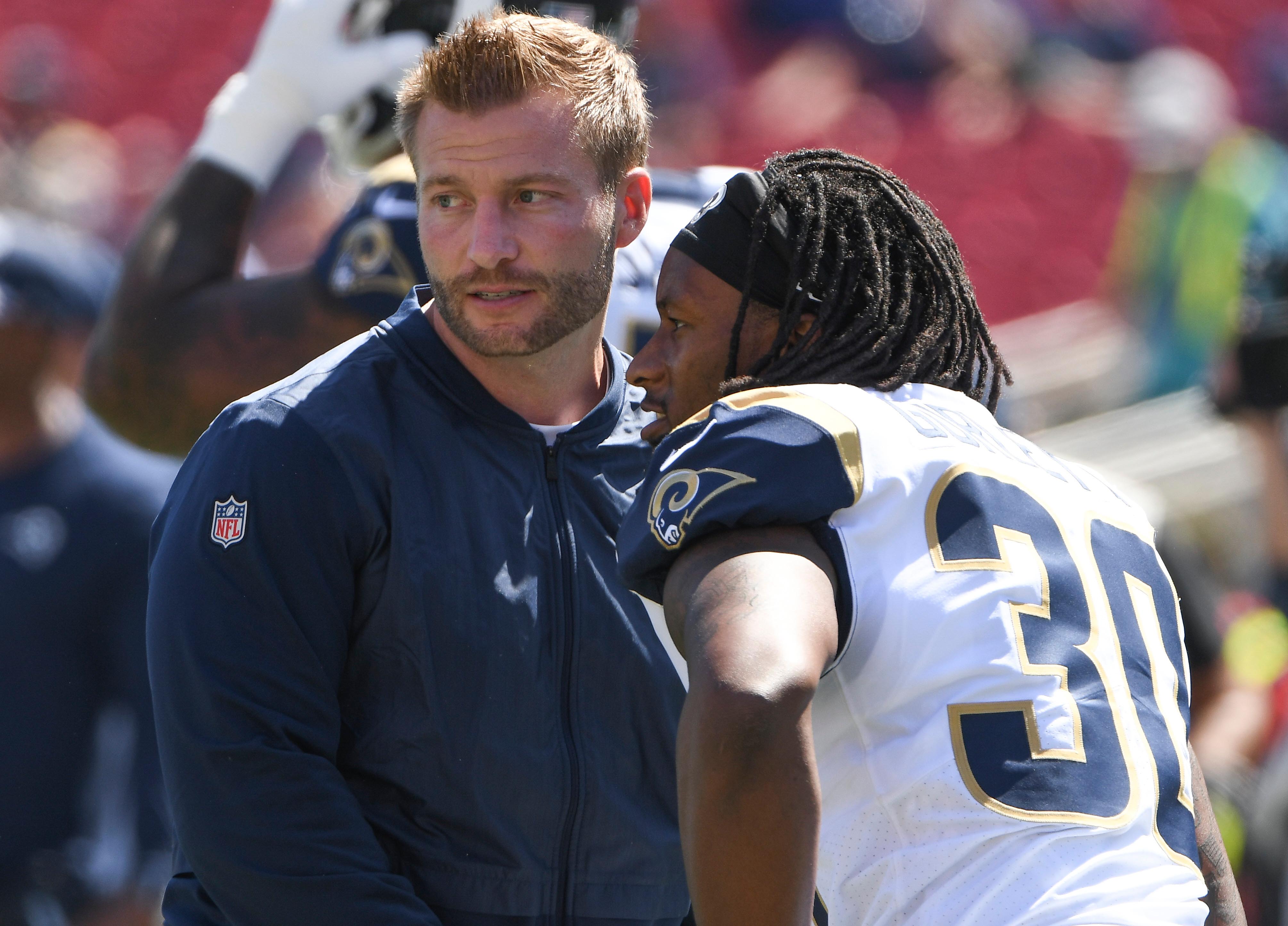 Sean McVay praises Todd Gurley after cutting him, says he's 'one of the all-time great Rams'

Todd Gurley was one of the most productive running backs to ever wear a Rams uniform, but a bloated, ill-advised contract led to the team releasing him on Thursday.

Gurley was one of the best players in the NFL in 2018, as he was a legitimate MVP candidate, and that resulted in the team awarding him big-time — int he form of a four-year, $57 million contract. The problem was that Gurley had had knee issues in the past, and it’s a known fact that NFL running backs have the shortest shelf life of any position. As such, a number of analysts and fans alike raised eyebrows after news of Gurley’s deal broke.

Well, fast forward to March 2020, less than two years from when Gurley signed his deal, with the team cutting him. Not only that, it’s going to really cost them, as they’re left with a $20 million dead cap hit, which is the worst of it all.

Gurley, to his credit, put together a few great seasons, racking up 5,404 yards on 1,265 carries, as well as another 2,090 through the air, during the course of his five-year career with the team. Head coach Sean McVay even called him “one of the all-time great Rams” after the team officially released him on Thursday.

“I would like to thank Todd for his many contributions to the Rams, on and off the field, since I have been here,” Rams coach Sean McVay said in a statement, via NFL.com. “He has meant a lot to my growth as a coach and leader and he will always be remembered as one of the all-time great Rams. I wish him nothing but the best.”

That’s one way to attempt to validate one of the worst contracts of the past decade.