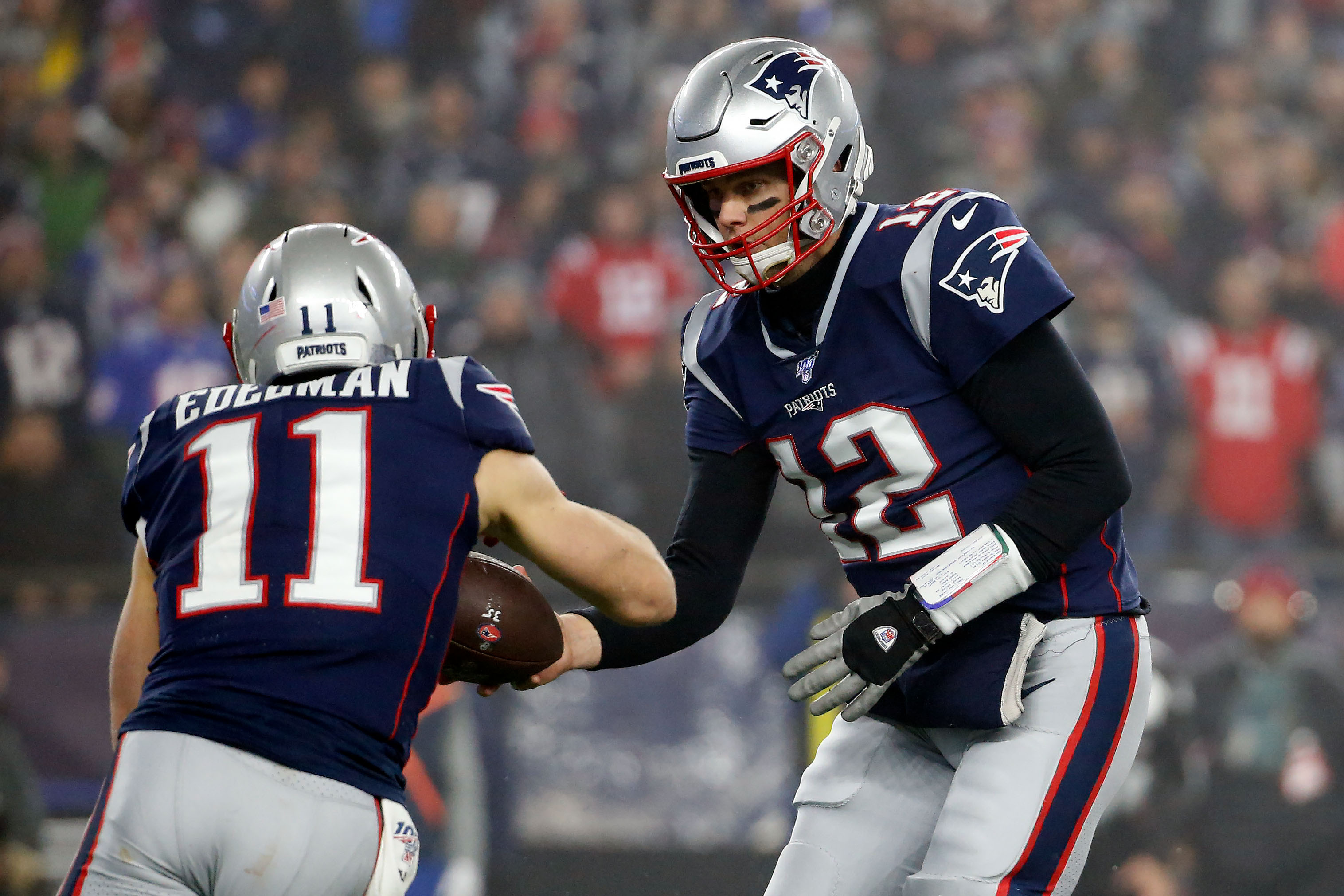 Tom Brady and Julian Edelman won three Super Bowls together, and were one of the best quarterback-wide receiver duos the NFL has ever seen — especially in the playoffs.

No matter how healthy or what shape each player was in during the postseason, they both managed to dial it back and turn it on when its mattered most, showing how clutch they are. A few hookups on third and fourth down late in the 2018 season helped propel the Patriots to a Super Bowl win — especially against the Chiefs in the AFC Championship game.

The two are close friends as well, hanging out off the field from time to time. Brady leads a private life, often spending time with his family and kids, but he’s been spotted out and about with Edelman a few times, showing how much he values their bromance. They were recently seen at a Syracuse basketball game, and apparently, Edelman is interested in following Brady to Tampa Bay — or at least he wants us to think he is.

He recently “liked” a Deion Sanders tweet speculating about him and Brady reuniting on the Bucs, sparking some interesting discussions.

It’d take a trade to get him there, though, as Edelman still has two years left on his current deal — with an opportunity to opt out after the 2020 season.