Aaron Rodgers relishing 'another chance' to square off against Tom Brady 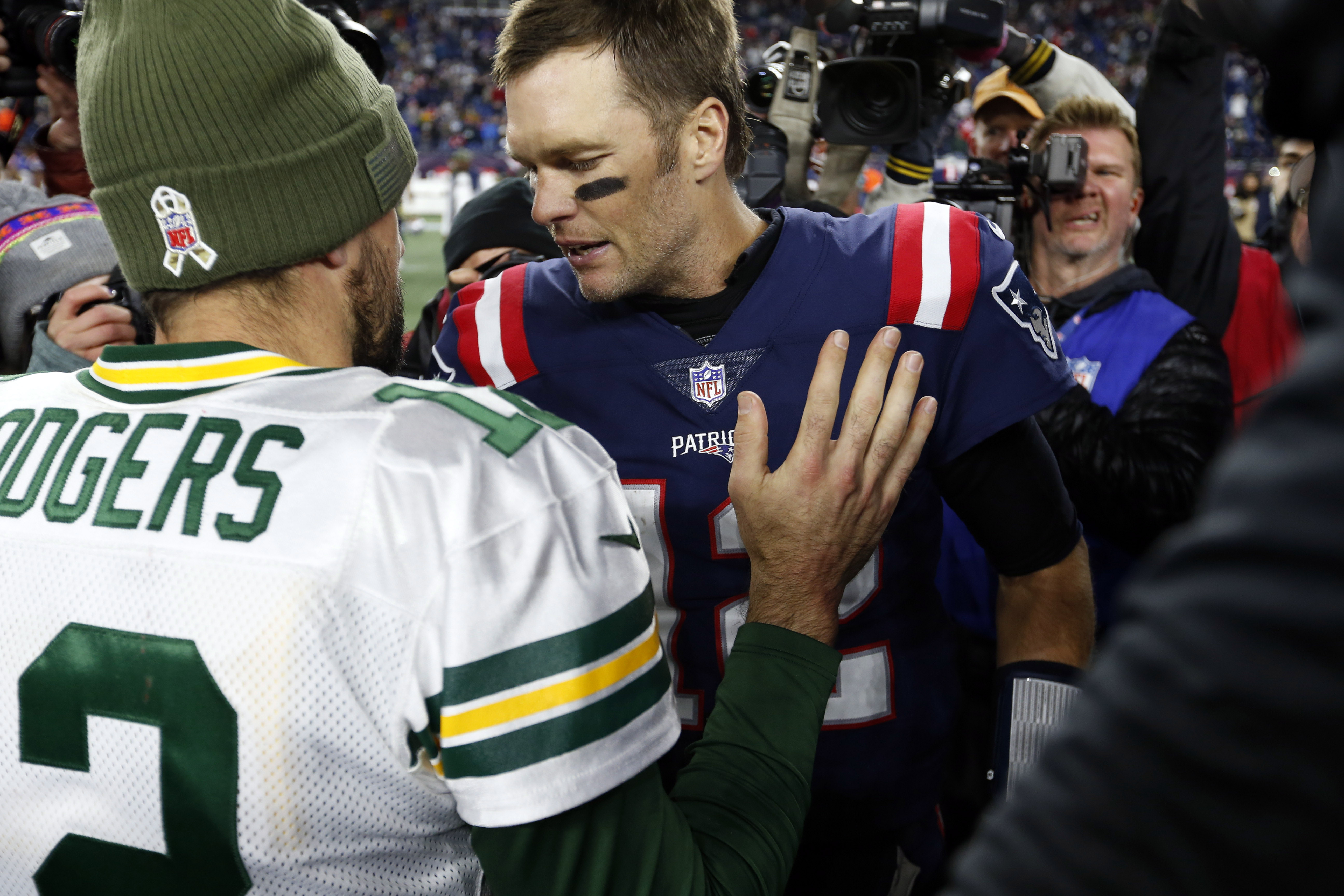 Aaron Rodgers relishing 'another chance' to square off against Tom Brady

Tom Brady and Aaron Rodgers have had some epic matchups over the years, although they haven’t met all that often, given that they were in different conferences.

But that’s now changed, given that Brady signed with the Bucs in free agency. In fact, the Packers are currently scheduled to travel to Raymond James Stadium for a matchup with the Bucs this season, fueling hype of another compelling game involving the two veteran signal-callers.

It’s a bit of a shift from years past, given that the two just squared off last season, and will meet again in 2020. As for Rodgers, though, he’s already looking forward to the opportunity, which he informed Chantel McGabe of the Golf Channel during a recent interview.

“I think it is definitely strange,” Rodgers said, as transcribed by the Milwaukee Journal Sentinel. “It will be strange to not see him in a Patriot jersey. We played them a couple of years ago and thought that was probably the last time we’d play each other. Now, we get another chance.

“I think having him in the league is obviously great for the league and he’s a fantastic player. His career speaks for itself. Obviously, he still feels like he has a lot — he has something left to prove. I don’t think he does. I think it is only to himself that he can still do it. What he’s done kind of setting the bar for the rest of us with his health and his work ethic and his longevity is something I think that is appreciated now and is going to be appreciated even greater when he’s done playing.”

Fans are echoing those sentiments.