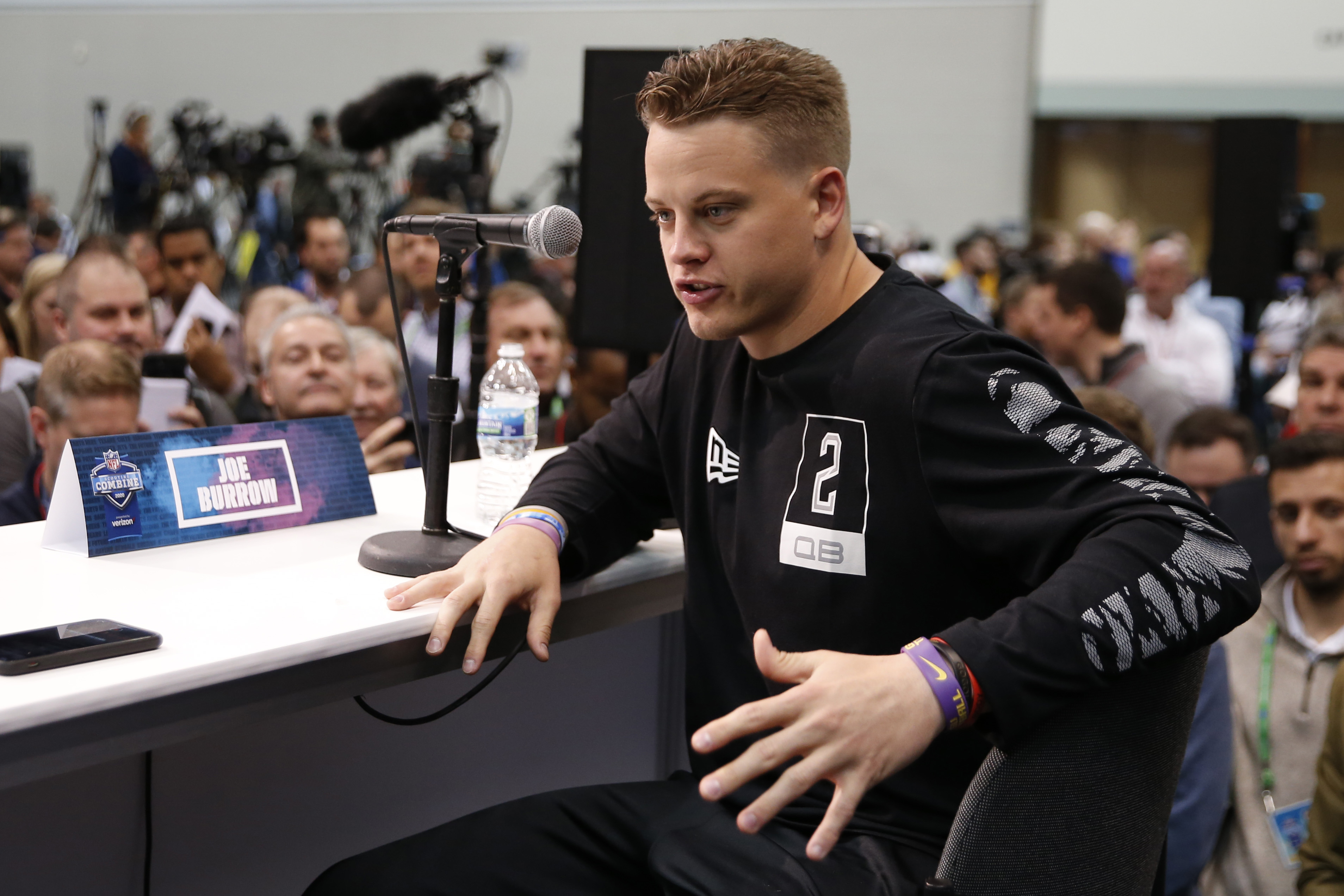 The 2020 NFL Draft is only one week away, which really just means that the rumor mill has reached full swing.

It’s become such a common occurrence, given that reporters attempt to play both sides in releasing some of these “reports.” NFL teams will sometimes feed them misinformation in hopes of having a prospect fall to them on draft day. Or, on the other side of the fence, reporters may simply fabricate a “report” without having any credible sources stating the information, in an attempt to garner their five seconds of fame.

We’re willing to bet it’s more of the former in the case of the most recent scouting report about LSU product Joe Burrow, who the Bengals appear on track to take with the No. 1 overall pick. One particular NFC coach told Tom Pelissero of NFL Media that he believes Burrow would be a “high-risk selection” for the Bengals, and offered some sharp criticism as to why.

He (Burrow) ends up with a pro coach (Joe Brady) in a really good system with the best players,” the coach said. “He’s a great processor and he is everything I’d want in a quarterback — if I took him in the second or third round. He’s not a natural thrower, can’t really pump it down the field. Now, he can throw it back shoulder and uncovered and he’s got anticipation, but that ball’s wobbling. Love him, but I think he’s a high-risk guy at 1.”

They lost us in stating that Burrow is a second or third-round talent. That’s just ridiculous, and we believe it’s coming from a rival coach who wants Burrow to fill to his team.