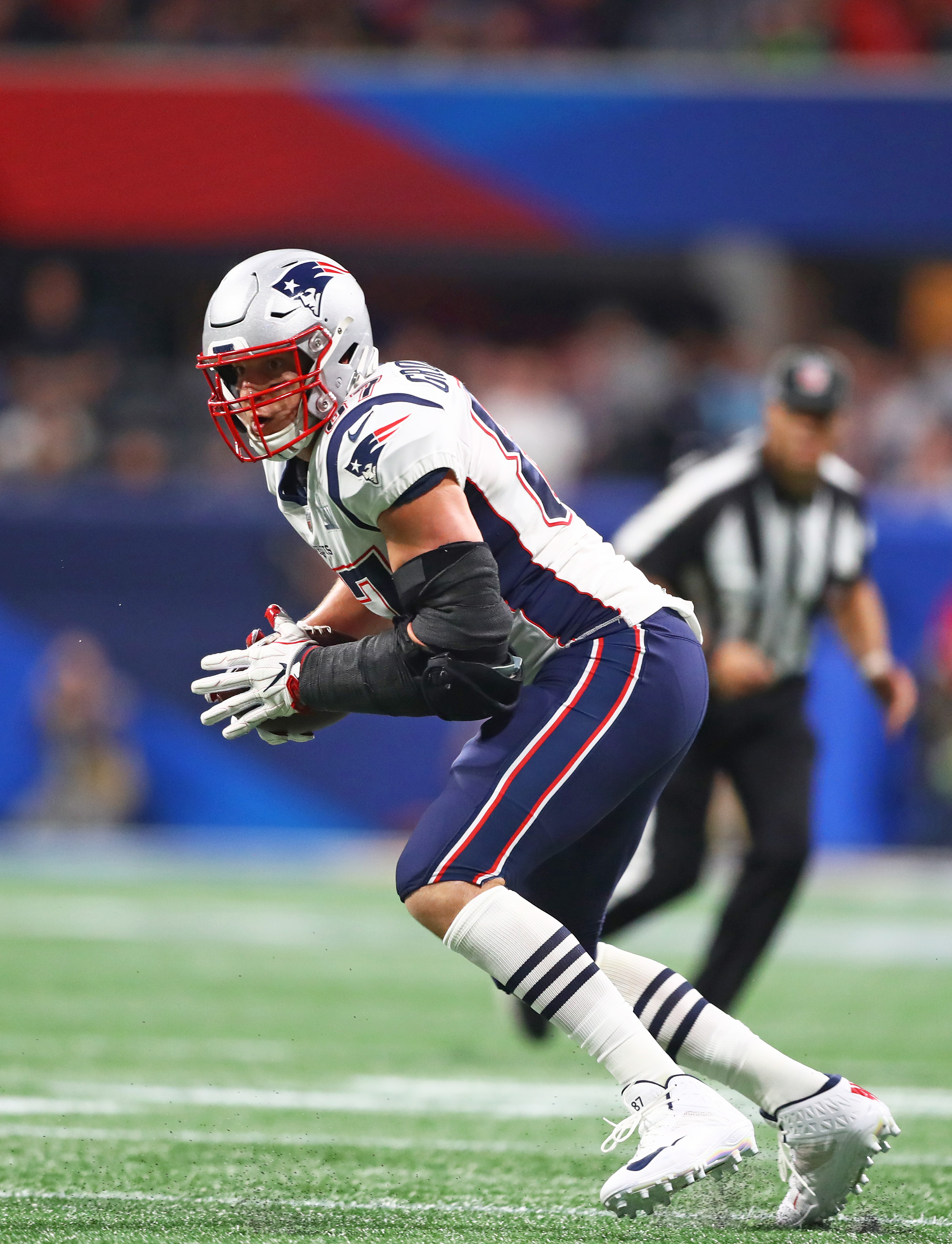 Two and a half years ago I went to Boston for my 40th birthday with my brother and nephew. In one weekend, I saw the Boston Bruins play the Philadelphia Flyers in preseason hockey, the New England Patriots face the Houston Texans in National Football League action and the Toronto Blue Jays battling the Boston Red Sox at Fenway Park.

The drama at Fenway Park in Boston and at Gillette Stadium in Foxboro can be electric. However there are two other significant memories I will take away from my first trip to Boston. The first were the plump squirrels seen everywhere in Boston parks. The second was the fact that a cardboard sized Rob Gronkowski was seen larger than life with a coffee cup in his hand at every Dunkin’ Donuts I stepped inside.

If you thought that Tom Brady was the favorite athlete among Boston sports fans in 2017, you were wrong. It was clearly the Patriots veteran tight end, Rob Gronkowski. Even though Gronkowski was a native New Yorker (born in Amherst on May 14, 1989), he was the player the Patriots fans cheered for the most.

On game day more Patriots fans wore Gronkowski jerseys than Brady jerseys. In the game I attended, the Patriots’ 36-33 win over the Texans, the crowd went more wild for the Brady touchdown pass to Gronkowski on their first drive in the first quarter than they did for Brady’s touchdown pass to Brandin Cooks on the Patriots final fourth quarter drive to win New England the football game.

As far as Brady was concerned, there seemed to be a collective sense of nervousness. Even though the Patriots fan base cheered loudly for Brady after the three point win, there was collective criticism from many Patriots fans whenever he threw an incomplete pass. There was also many who wanted Bill Belichick to put Jimmy Garoppolo in at quarterback as well.

Now that Brady and Gronkowski are members of the Buccaneers, the level of interest in Tampa Bay’s NFL franchise has never been higher. It will be interesting to see who will be the next professional sports athlete in Boston that will grab the fan base’s fascination.