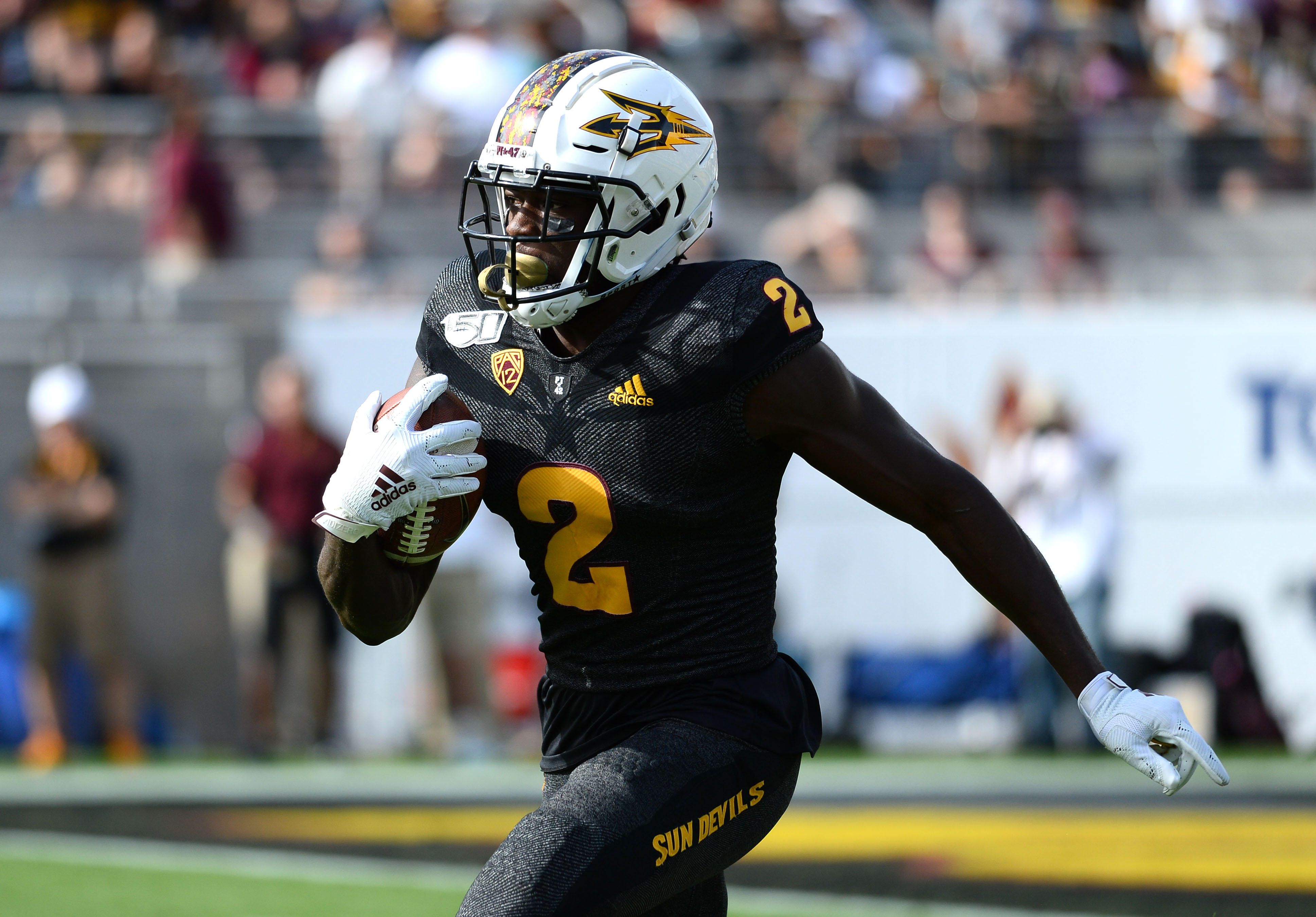 Heading into the 2020 NFL Draft, the San Francisco 49ers were one of the few teams that had multiple first-round picks at their disposal (Nos 13 and 31).

With that being said, many mock drafts had San Francisco taking a wide receiver with their first selection in the first round.

But as things would play out, the Niners moved down from 13th to 14th and selected former South Carolina defensive lineman Javon Kinlaw. Then, they traded up to No. 25 and drafted former Arizona State wide receiver Brandon Aiyuk.

49ers general manager John Lynch told Peter King on his podcast that they had Aiyuk and CeeDee Lamb atop their receiver draft board. Lynch also said that they were thinking about taking the former ASU wideout at No. 13.

“I think it was two days before the draft, I said to Kyle, you know what? I know people might raise some eyebrows, but I really don’t care. At 13, if we get stuck and we can’t trade out, I’d be perfectly happy taking Aiyuk.”

“And he said, I’m so glad you said that ‘cause I feel the same way! I think we knew at that point that he had really become a guy that we had become intrigued with. I think the combination of strength and speed and separation ability and then the advantage, I think in a year like this, you have to trust relationships more than ever before.”

After Emmanuel Sanders left in free agency and signed a two-year deal with the New Orleans Saints. The Niners needed another wide receiver to line-up opposite of last year’s second-round pick in Deebo Samuel.

While Aiyuk is not Sanders, he should be able to flourish in San Francisco with his ability to stretch the field and get yards after the catch.