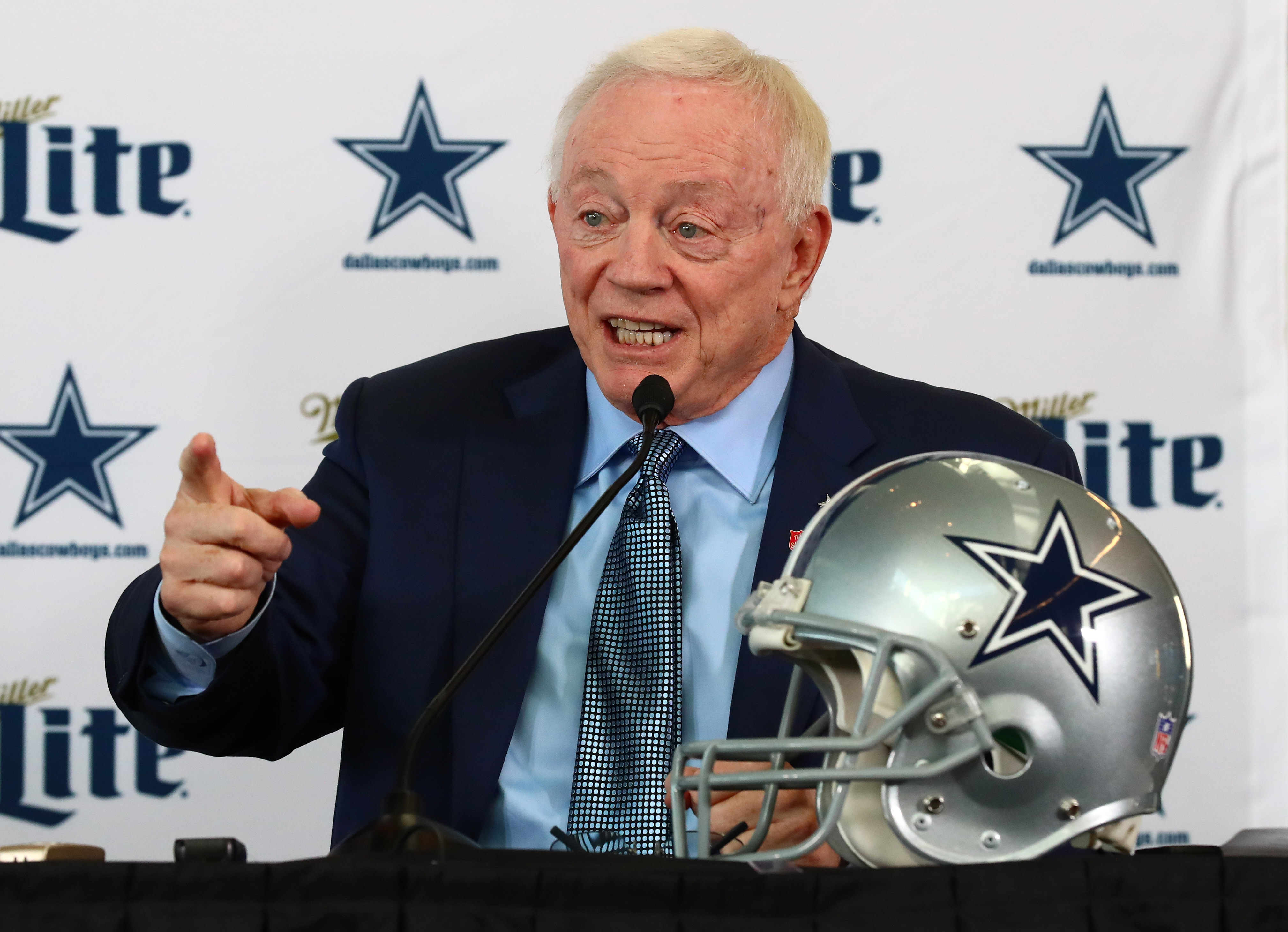 All the talk about the Dallas Cowboys surrounds Dak Prescott, who has been hit with the franchise tag, and has made it clear that he wants a long-term contract.

The problem, however, is that Prescott’s camp and the Cowboys have been discussing a potential deal for roughly one year now, but nothing has come to fruition. It’s been said that Prescott wants at least $37 million per year, and that’s a lot of money for a guy that has won only one playoff game. Not only that, Prescott has been a bit inconsistent, looking like a different player on the road, versus at home. His accuracy issues do manifest themselves from time to time.

And the Cowboys have a lot of talent on their roster, so they can’t really afford to break the bank on Prescott’s contract. Still, that continues to be a major discussion topic, and team owner Jerry Jones addressed it in speaking to NFL Network this week, specifically addressing how the Cowboys plan to build around

“I think when I look at the career that Dak has had with the Cowboys, it gives me a really solid feeling about what’s in store for us in the future,” Jones said, as transcribed by NFL.com. “We’ve got to do everything we can – and that’s what we’re doing in this offseason — to put the players on the Cowboys that are players that can — with his talent as quarterback — really win championships or have a shot at it. That’s the thing I think about when I think of where we are and how we are with Dak.”

It doesn’t look like that deal is getting done anytime soon.