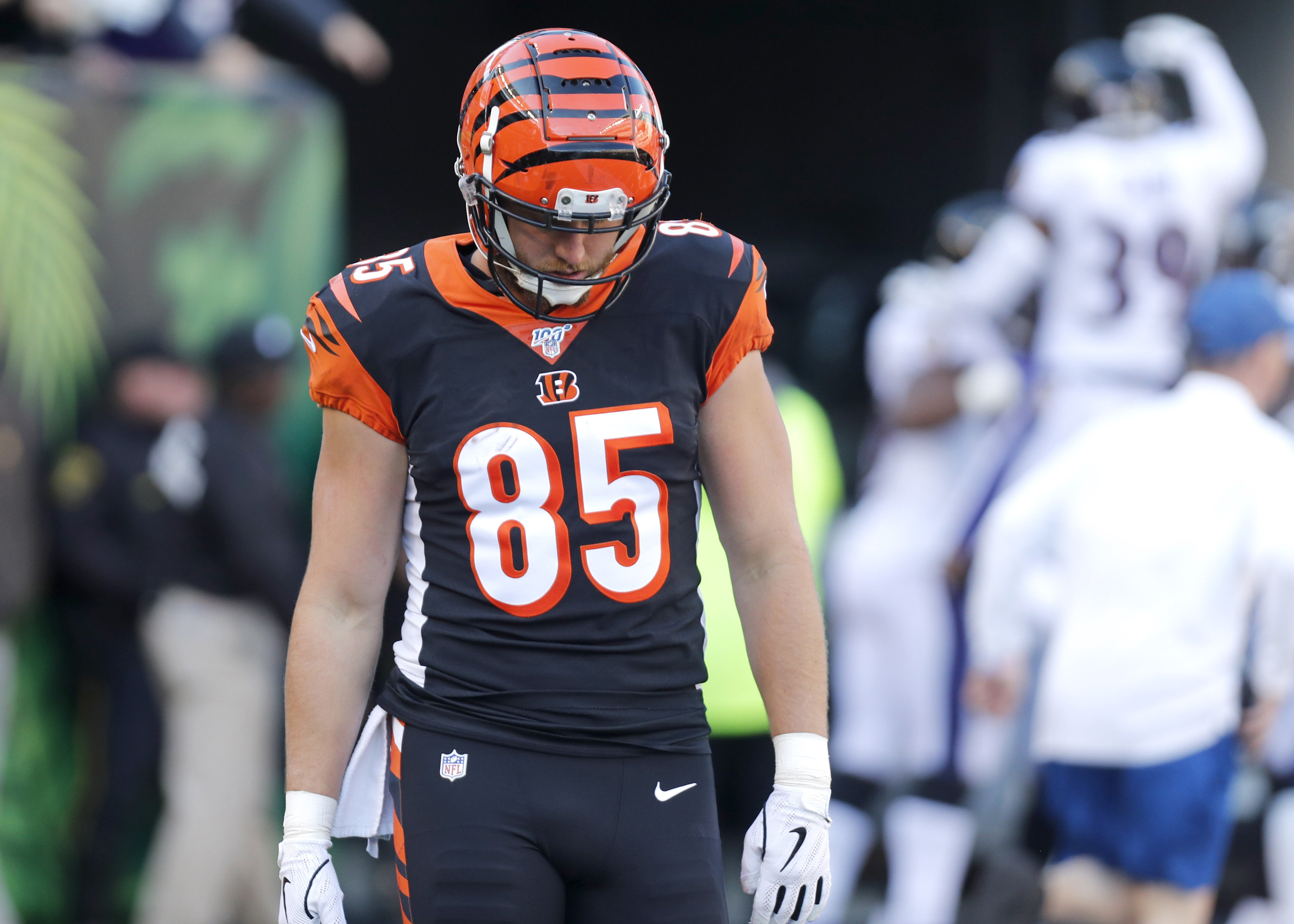 Tyler Eifert had spent the entirety of his career in Cincinnati, but now he’s been forced to adjust to life in Jacksonville.

And he still has some kinks to work out during this adjustment period, apparently.

The longtime Bengals tight end signed with the Jaguars in free agency, giving Gardner Minshew another weapon in the passing game, which is desperately needed. If Eifert can stay healthy, he figures to be an integral part of their passing game, especially in the red zone.

In the meantime, though, he’s been working through other obstacles aside from beating press coverage and getting open. He did a Zoom call with reporters on Thursday, but had to step away in the middle of it to chase his dog out of his neighbor’s yard.

Tyler Eifert's dogs are making a scene during this Zoom call! They have escaped his yard. Eifert put us on pause and is now chasing them down. But he promises to return. All dogs are good dogs. @nflnetwork

Brief pause as Eifert goes to chase his dogs that escaped from the yard during the Zoom call pic.twitter.com/vrxFWfHgNH

But it all turned out OK in the end.

The dogs are back! "I got a little conditioning in too" says Eifert.

A bit of extra conditioning during the quarantine is always welcomed.