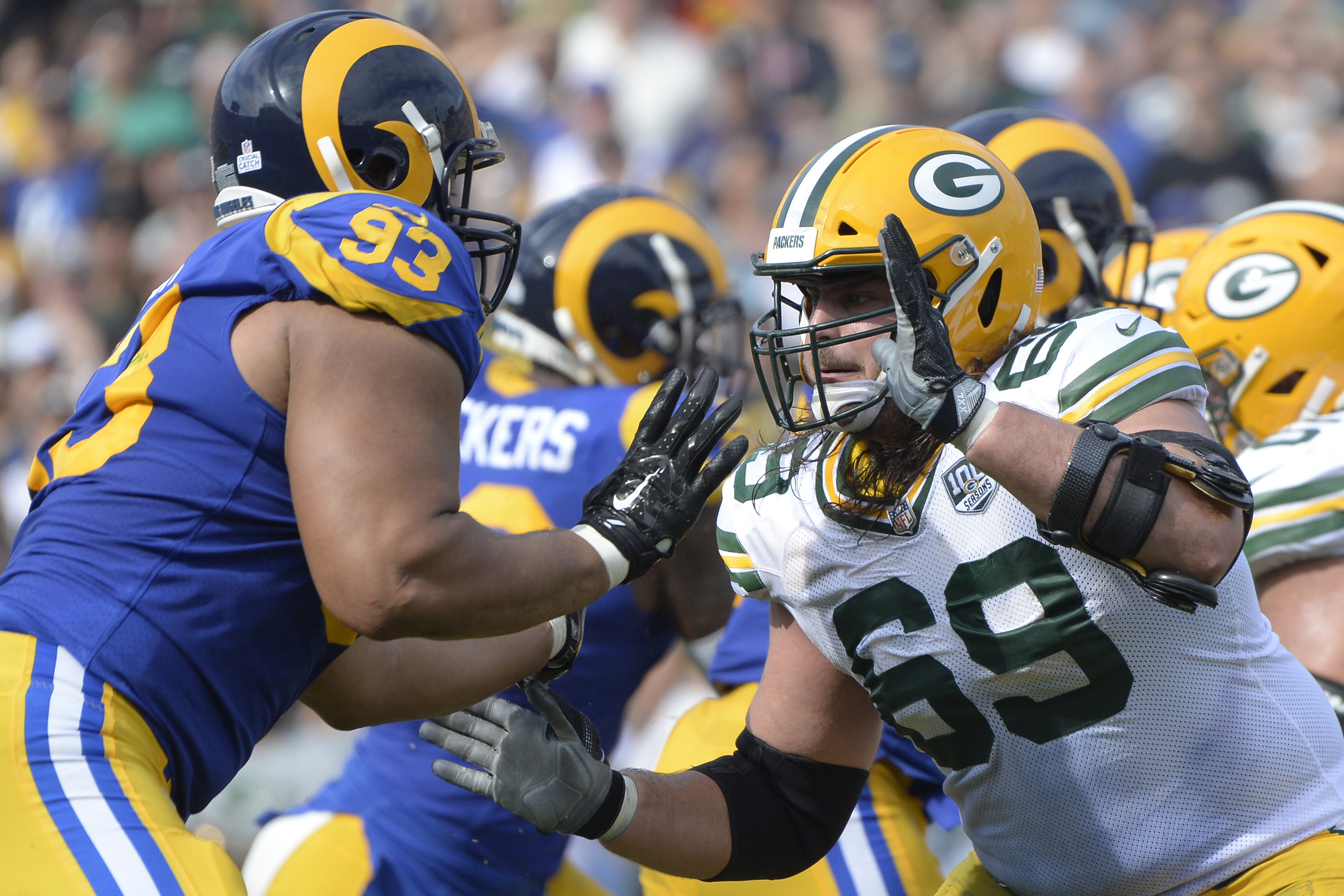 The Packers offensive line will return four starters from last year with Bryan Bulaga being the only first stringer from 2019 not on the 2020 roster. The team signed Rick Wagner to replace Bulaga at right tackle. With this unusual offseason, having continuity will be a big plus for the Packers especially along the offensive line, a unit that requires coordination to be effective.

Many of the Packers linemen are versatile and can play multiple positions which will complicate the depth chart a bit but it will also be a big advantage for the team if injuries strike and players are unavailable.

Here is a look at the Packers offensive line depth chart as the team prepares to open training camp:

Linsley has been the Packers starting center since his rookie campaign back in 2014. He has started all 16 games in each of the last three seasons. Linsley is smart, tough and consistent. He is not a Pro Bowl player but he is reliably good and does a solid job of calling the signals for the line. He is in his contract year and will be extra motivated to play well this season whether that means he re-signs with the Pack or gets a lucrative deal elsewhere.

Patrick is versatile and can play wither center or guard. The fourth-year man out of Duke has started six games in his career and filled in well when Linsley missed portions of two games this past season.

The Packers signed Patrick to a two-year extension after the 2019 season and they like his attitude, hustle and toughness.

The Packers selected Hanson in the sixth round of this year’s draft. The former Oregon star started 49 games in four years in college and earned second-team All-Pac 12 honors as a senior after starting all 12 games. He has good technique and committed only one penalty all season. Hanson will fight for a roster spot or a position on the practice squad as a rookie.

Bakhtiari is one of the best pass blockers in the game today and has done an excellent job of protecting Aaron Rodgers’ blindside since coming into the league in 2013. He has been voted to the Pro Bowl or named All Pro in three of the last four years.

Bakhtiari is also in a contract year and will be an unrestricted free agent next offseason unless the Packers sign him to an extension. The Packers rarely offer big contracts to offensive linemen when they approach 30, but Bakhtiari may very well be an exception assuming his stays healthy this season. He is that good.

Wagner was a big-name free agent signing in 2017 when the Lions inked him to a long-term deal, but he never lived up to his contract and the Lions let him go after last season. Wagner needs to stay healthy and regain his old form. He has trouble with speedy outside pass rushers and that could mean big trouble for Rodgers if he is consistently under duress when trying to throw the football.

The Packers have several players who usually start at guard who can fill in at tackle ahead of these two, but one is likely to be the team’s swing tackle.

Nijman was activated from the practice squad late last season. He is raw but has a lot of ability and if he can improve his technique, has the potential to earn a backup spot. At 6’7” and 314 pounds, he has excellent size.

Conway is a Syracuse alum who the Packers added to the practice squad in late November. He spent time last year in the Titans training camp. He’s 6’6” and 307 pounds and will be fighting to make the roster or the practice squad.

Bruffy was signed by the Packers as an undrafted free agent on April 30. He made 34 starts at Texas Tech and played left tackle there. The limited offseason and truncated or eliminated preseason will hamper the chances of both Conway and Bruffy to make an impression on the coaching staff.

Both starting guards are returning in 2020. Jenkins took over at left guard in Week 2 when Lane Taylor was injured and he enjoyed an excellent rookie season. Jenkins did not allow a sack and was also a strong run blocker. He earned All-Rookie Team honors and has the potential to become a Pro Bowl player if he continues to develop.

Turner had an uneven season but did show some more consistency late in the campaign. Turner is a positive influence in the locker room and can shift out and play tackle in a pinch. The Packers are hoping for a little more from him in 2020.

Taylor took a pay cut to stay with the Packers and will fight to regain his starting job. Taylor provided the Pack with three seasons of quality play as the starting left guard. His experience and consistency should make him a valuable backup or a starter if he can beat out Taylor.

Patrick will be a backup at both center and guard. The Packers are hoping he can continue to develop as he gains experience.

Madison missed a season due to off the field issues in 2018. Last year, he made the team but was never activated for a game before suffering a season ending ACL tear in practice in November. Madison must show he can contribute as the Pack drafted three interior linemen this year. If he’s not fully recovered from his injury, he could start the season on the PUP list or the IR.

Runyan is a second-generation NFL player. He played tackle at Michigan but his short arms make him more likely to play guard at the NFL. He could still move out to tackle in a pinch. Runyan is strong and has a good work ethic. The sixth round pick should at least make the practice squad if he doesn’t earn a roster spot.

Stepaniak was also selected in the sixth round of this year’s draft. He was a solid starter at Indiana and played tackle before shifting to guard later in his career. He gave up only one sack in his senior year and those pass blocking skills should make him a valuable addition to the roster.

Johnson is an undrafted free agent out of North Dakota State. He stands 6’6” and weighs 301 pounds. He was a two-time All-American and moved to right guard as a senior after starting two years at right tackle. He will have less time to make an impression on the coaching staff because of the unusual circumstances this year due to coronavirus.

With four returning starters, the Pack should have continuity and they do have depth. The left side of the offensive line may be the best in the league and if not, is certainly in the conversation. Right tackle is the biggest question mark with the Pack hoping that Wagner can step up and regain his past form if he’s healthy. Taylor, Patrick and the three newly drafted players should provide excellent depth inside but the depth at tackle is more of a question mark that may need to be sorted out in training camp.

Keeping Rodgers upright and opening holes for the running game are big keys to the offense’s success in year two under Matt LaFleur. The tools are there but the Packers must find the best five players to start along the line.