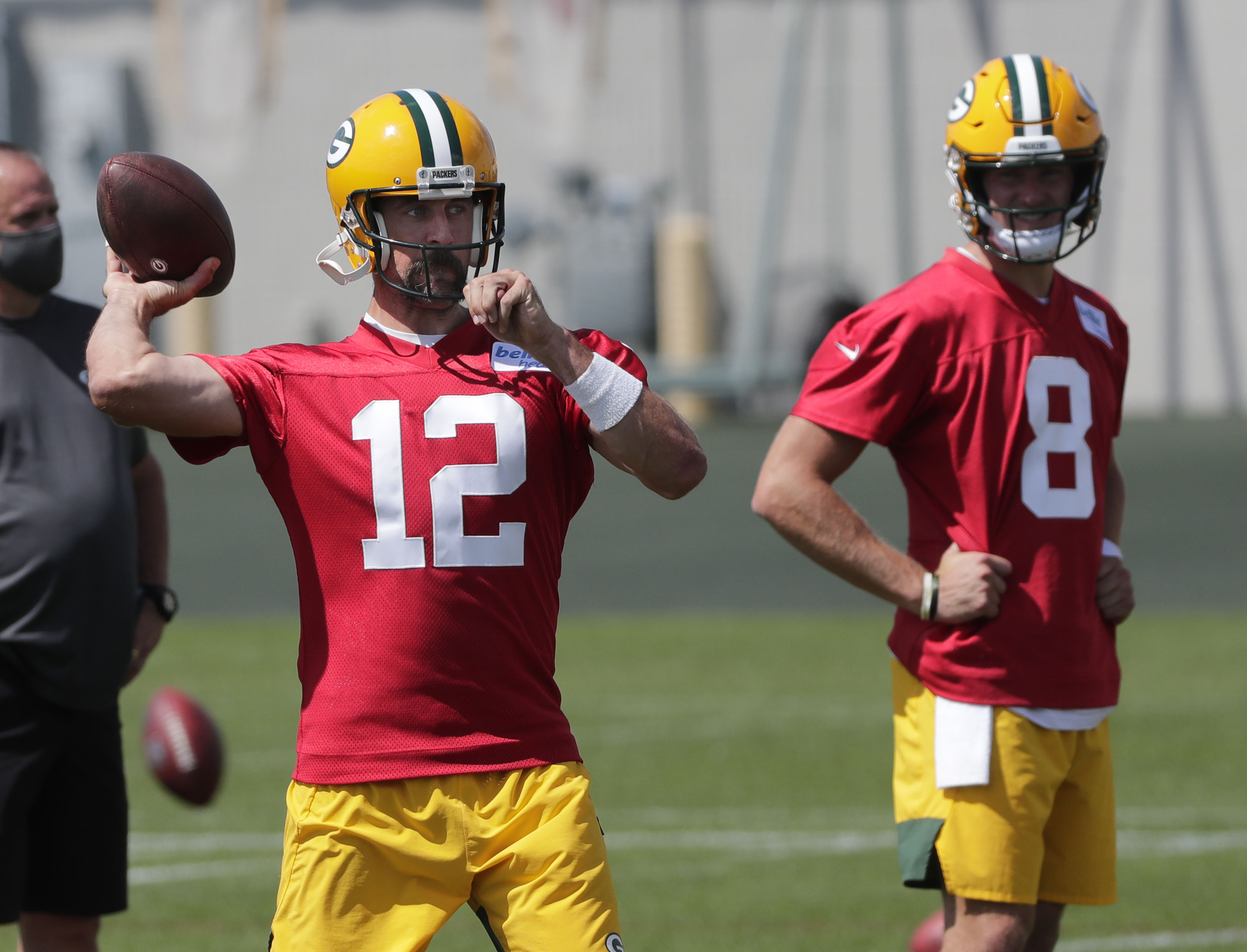 Green Bay Packers quarterback Aaron Rodgers already has a Hall of Fame resume on his hands. The 36-year-old Cal alum is a two-time NFL MVP, a Super Bowl MVP, an eight-time Pro Bowler and has been named All-Pro twice. He has the highest career quarterback rating of all time with a 102.4 and he has thrown 364 career touchdown passes against just 84 career interceptions.

But one of the reasons Rodgers has been so good for so long is that he never seems to rest on his accomplishments. He is always trying to look for ways to improve both his individual performance and the team’s performance on the field.

Rodgers has looked sharp in training camp so far with his coaches indicating that he was doing very well in regular action and during two-minute drills. He looked like vintage “Aaron Freaking Rodgers” again, hitting receivers downfield accurately and making plays that he was not making as consistently over the past two seasons.

Why this sudden improvement? Rodgers has gone back at looked at game film from the Packers 2010 season, the year the team won the Super Bowl. He noticed something different about the way he was doing things and has made an adjustment.

“It kind of hit me,” Rodgers explained. “And I know it was 10 years ago, but the next day I went out to practice and started working on what I saw on the film, and the last couple days kind of happened.”

Rodgers wouldn’t go into specifics, but whatever the adjustment was, it has clearly helped put some more jump in his game in training camp. That plus the fact that Rodgers is now in the second year in Matt LaFleur’s offense and finds himself getting more comfortable in the scheme certainly helps as well.

“It is interesting,” Rodgers told reporters. “It’s just a good reminder for all of us the tape of yourself can often be the most important to watch, because you can always pick things up. I won’t get into exactly what I saw, but it definitely has helped me the last couple days.”

Rodgers is facing a new challenge this season as the Packers traded up in the first round of this year’s draft to select his potential successor in Jordan Love. That gives the Packers starting quarterback more incentive to prove he is still an elite quarterback who deserves to be the team’s starter in the coming years.

Rodgers also continues to show that he is a leader on this team and in the locker room. With the recent tragic shooting of Jacob Blake in nearby Kenosha, Wisconsin, Rodgers felt the most important thing he could do was listen to his teammates who come from different backgrounds to hear their perspective.

“I’ve always tried to listen first and listening involves being silent,” Rodgers told reporters during a recent video conference. “I think there’s too many opinions. There’s an entitlement that comes with a lot of opinions. There’s a lot of opinions and statements made out of emotion. When you react first out of emotion, you lack the ability to listen. I think in listening, you find that empathy. And it’s only through empathy and understanding that you can truly I think have a better awareness about what the actual issues are.”

Rodgers is doing his best to listen and then to empathize with his teammates and to help the team come together during a difficult time when tackling a challenging and painful issue. This helps keep the lines of communication open and helps the team stay unified despite the fact that players may have different perspectives and opinions.

Head coach Matt LaFleur was impressed with Rodgers and the rest of the team’s leadership counsel which met to discuss the issue. “You talk about a thoughtful group,” LaFleur said. “I’m really proud of those guys. You can tell it means something to these guys because this is real life. This is bigger than football. It’s awesome to know that we have some compassionate guys out there on this football team that, number one, they care about each other but also, they care about just what’s going on in society. They’re a bunch of selfless guys.”

As Rodgers said, “I grew up playing sports…I never saw color, it was just my friends.”

By listening to his friends perspective and by working on his own game by watching old game film to improve himself, Rodgers has shown many facets of leadership and why he remains one of the best quarterbacks in the league after all this time.