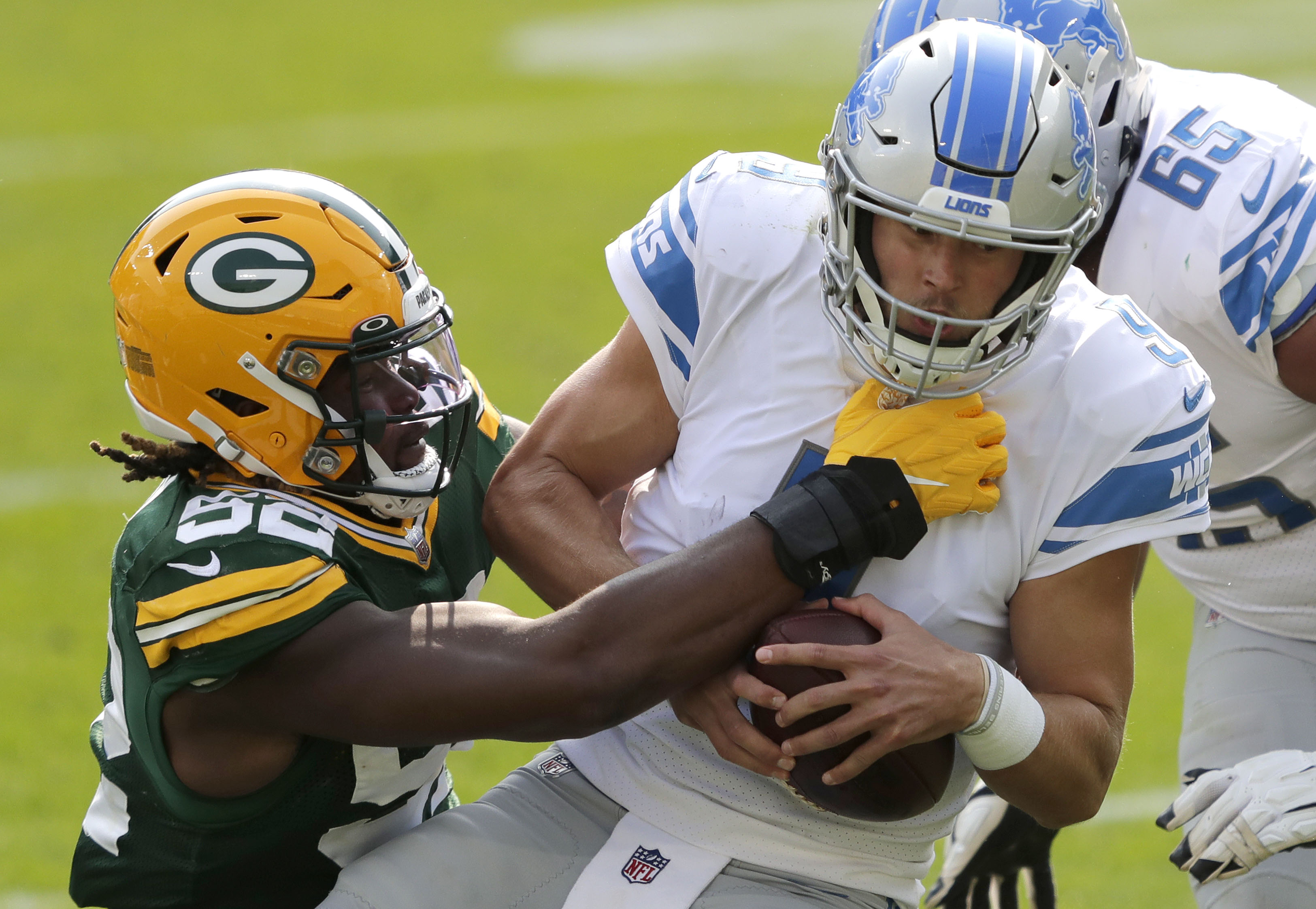 Many people were disappointed in the rookie season that Packers 2019 first-round pick Rashan Gary had. The former Michigan star was fourth on the depth chart at edge rusher and was on the field for just 24 percent of the Packers defensive plays. He finished his rookie season with 21 tackles and two sacks in that limited action. Many fans were disappointed by the lack of productivity from the 12th overall pick in the draft.

During the offseason, Gary worked hard to increase his knowledge of the Packers defense and to prepare for his second NFL season. Videos of his extreme workouts were placed all over social media.

With Kyler Fackrell’s departure to the New York Giants in free agency, Gary knew he would get more chances to be on the field in 2020 if he could prove he was ready. He was clearly determined to show he was.

Thus far in 2020, Gary has made 1.5 sacks, one tackle for loss and was credited with four quarterback hits, one more than he had all season during his rookie year.

In addition, Gary has been making big plays. In week, 1, his pressure helped lead to Jaire Alexander’s key interception that helped beat the Vikings. Against Detroit, Gary pressured Matthew Stafford on Chandon Sullivan’s pick-six that helped clinch Green Bay’s second win in as many weeks.

Head coach Matt LaFleur has noticed the difference in Gary’s game in year two. “It’s a byproduct of his effort, his attitude, his approach on a daily basis,” LaFleur told reporters after the win over the Lions. “With Rashan we know we’re going to get his best day in and day and day out and it’s so awesome to see.”

Sullivan has also seen the difference in Gary’s game this season. “He’s been working extremely hard all offseason,” Sullivan noted. “He promised the defense that he was going to be a difference maker on defense and he was able to get pressure last week and get pressure this week.”

Gary has noted that the game seems to be slowing down for him as he sees things more clearly on the field. When asked why he seemed to be playing better this season, the Michigan alum said, “My second year, just being more comfortable and knowing my role in the defense and knowing what I have to do. And like I said, I can’t not put my best foot forward knowing because when I look to my left and look to my right, I have two brothers with me who are ready to go to war. That’s what I keep in my mind and just keep my personal goals in the back of my head, so that’s how I go.”

Gary is seeing more things on the field and reacting accordingly. On Sullivan’s interception, he noted, “I saw the formation and I could just see in his eyes the back was a little bit wide that play maybe a half an inch. I just went to go get to it and ended up being a part of the play. We got the pick six, got some points on the board and got back out on the field.”

The result was six points and a nearly insurmountable 31-14 Packers lead midway through the third quarter.

Sullivan noted that Gary’s nickname is “Mr. Put Cheese On Everything,” a quote he has on the back of his shirts and something he is using as a motto this season. Gary is serious but clearly has a sense of humor as he works hard to contribute to the team.

The best thing for LaFleur is that he knows he still hasn’t seen Gary’s best football. “By no means do I think he’s arrived,” LaFleur said. “There’s a lot that he can still improve in his game but I think he’s made a lot of progress and it’s really fun to see when you see a guy put as much into it as he does and then reap the benefits of that.”

For Rashan Gary, he’s already taken a big step forward in year two. And he knows if he keeps working hard and putting cheese on everything, the best is still yet to come.