Jayson Tatum on last-second miss: 'That was on me, I should have put more pressure on the defense' 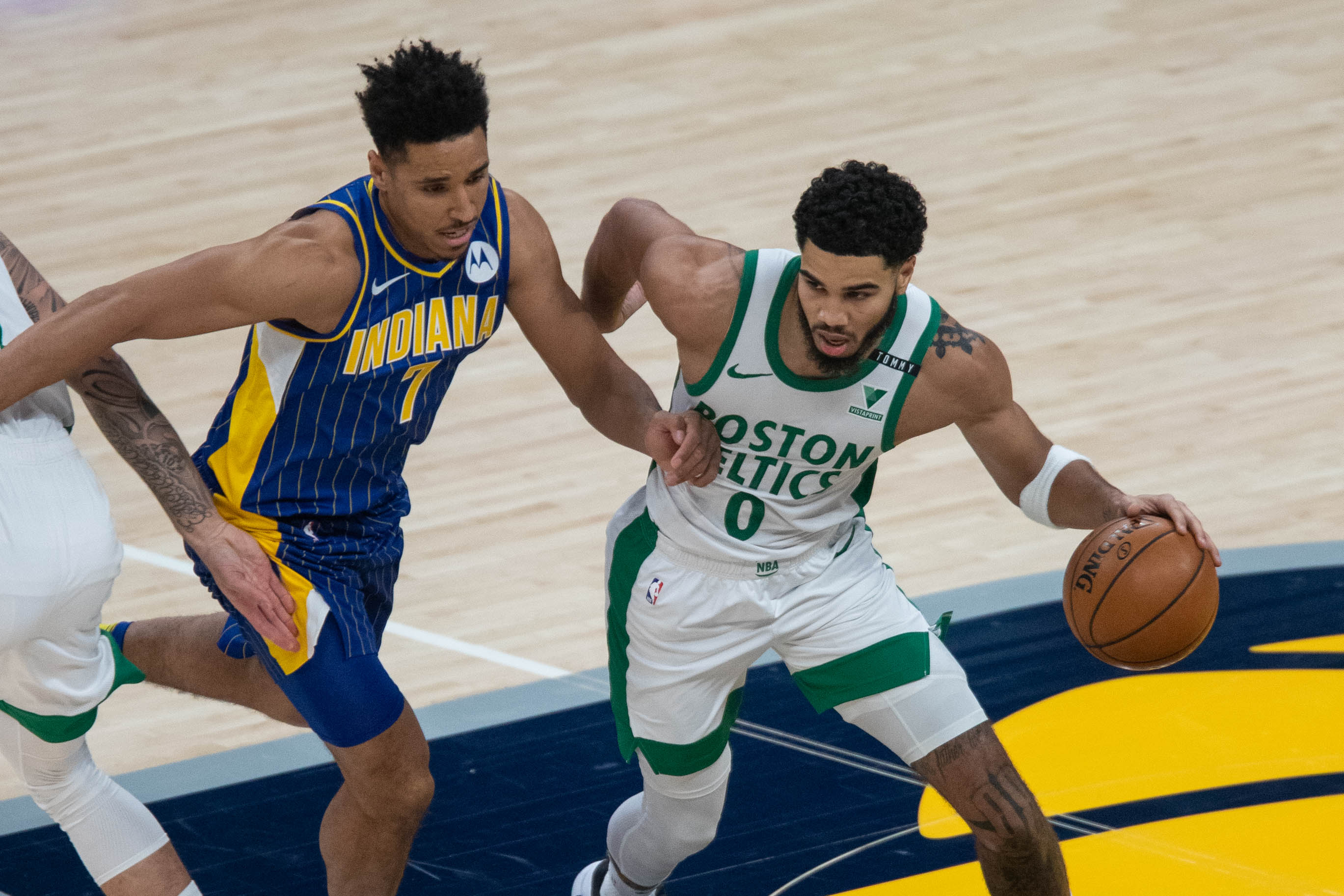 Jayson Tatum on last-second miss: 'That was on me, I should have put more pressure on the defense'

The Boston Celtics rollercoaster of emotions swung them from the high of retaking a lead late in a game that had seemingly slipped away to the low of giving that lead right back. But after Domantas Sabonis missed a free throw that would have made it a two point game with 7.1 seconds left, there was hope.

Boston had a good amount of time, their three best players on the floor, and the freedom to take any shot they could create.

So when Jayson Tatum rose up for a 30 foot side-step 3-pointer, there was certainly a feeling that he could have gotten something better.

Whatever the exact play was, Tatum getting the ball at the top was an option. From there, though, it was clear that there was time and opportunity to do something different, especially considering the Celtics were down one and any bucket could win the game.

“Yeah, I take full blame,” Tatum said. “I didn’t play nearly as well as I needed to, as I’m capable of, and teammates, people expect of me. I gotta take that on the chin.”

The emotions of a loss waft through interview rooms and linger in the podcasts and morning drive sports talk callers, but even in moments like this Tatum absorbs it, processes it, and moves on. Tatum swears he doesn’t feel the pressure of the moment or the weight of those expectations.

“I come in with a clear mind. I’ve been playing basketball my whole life, so I’ve got expectations for myself,” he said. “Ever since I’ve been in the league, good or bad, I don’t let outside noise affect me. I’m always mild-mannered, calm. I don’t tense up. It’s just basketball. I just go out there. I don’t think about it.”

And, in fairness, the tone would have been much different had that shot gone in. If we’re being real, the shot that missed was more on target than the shot that went in versus Milwaukee. It still wouldn’t have been the best shot in the world, but a make changes the tenor of the conversation.

“That’s obviously a tough shot. But he made it the other day,” Brad Stevens said. “And one of our best players, and certainly one of the guys you want to have the ball with a game on the line in the league had the ball, so that was the positive, I guess.”

The Celtics have to shrug this off and move on to Tuesday’s game because the NBA demands that sort of approach. However, the Celtics need to learn their lessons, too. Tatum is a special talent and sometimes he’ll make some special plays, but the team standing around and watching him all the time in these situations isn’t always the best option.

“It’s still early, it’s only the third game,” Tatum said. “We’re still trying to work the kinks out and figure each other out. Find our identity and find our rotations and how we can play well with each other.”