Analyzing the Packers Biggest Wins of 2020 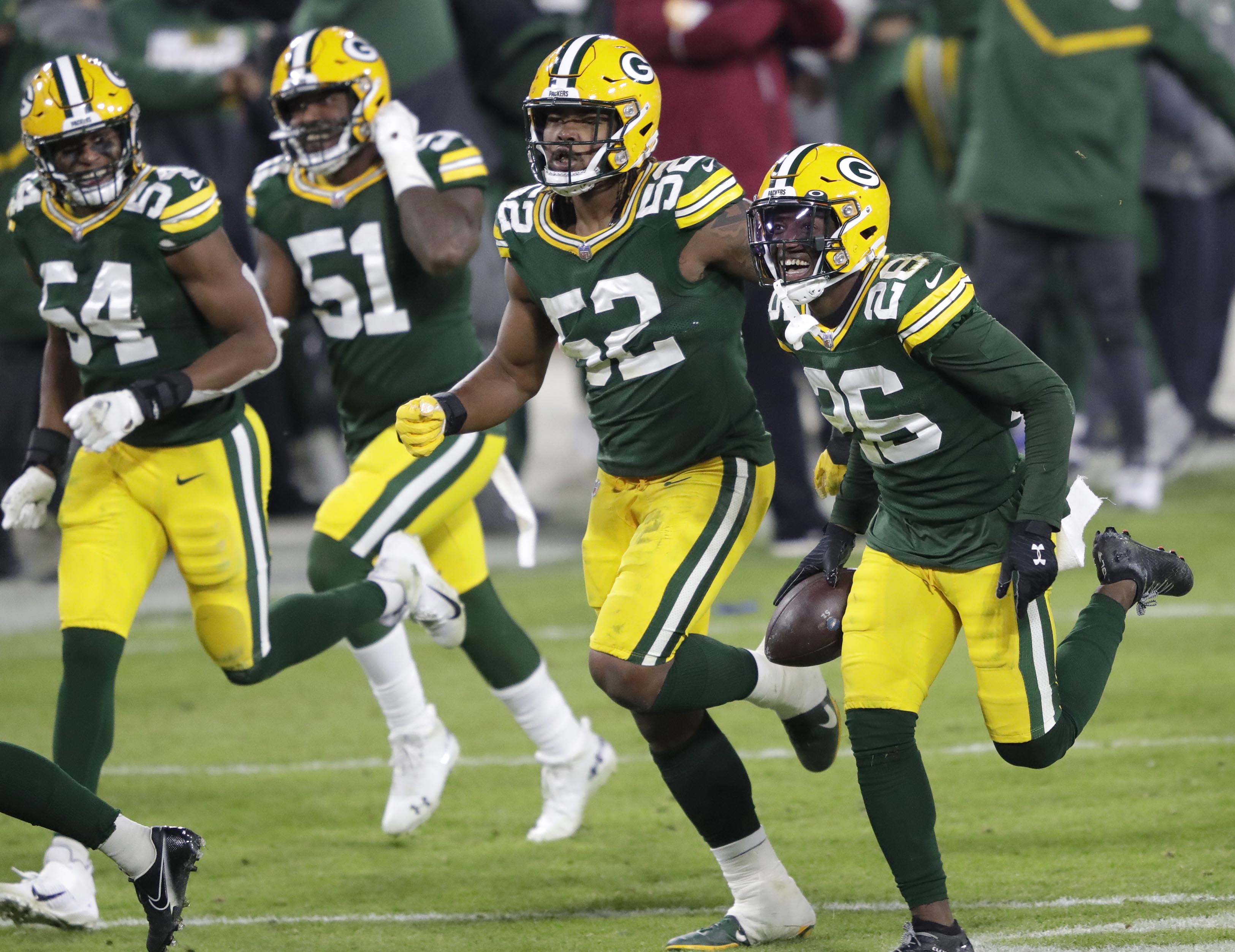 Analyzing the Packers Biggest Wins of 2020

The Green Bay Packers surprised most experts this season by finishing with a 13-3-0 record and matching last year’s success under Matt LaFleur. The Packers started the season with a four-game winning streak and ended it with six straight victories.

Here is a look at the Packers five biggest wins of 2020 and why they were important to the success of the season. Games are listed in chronological order. 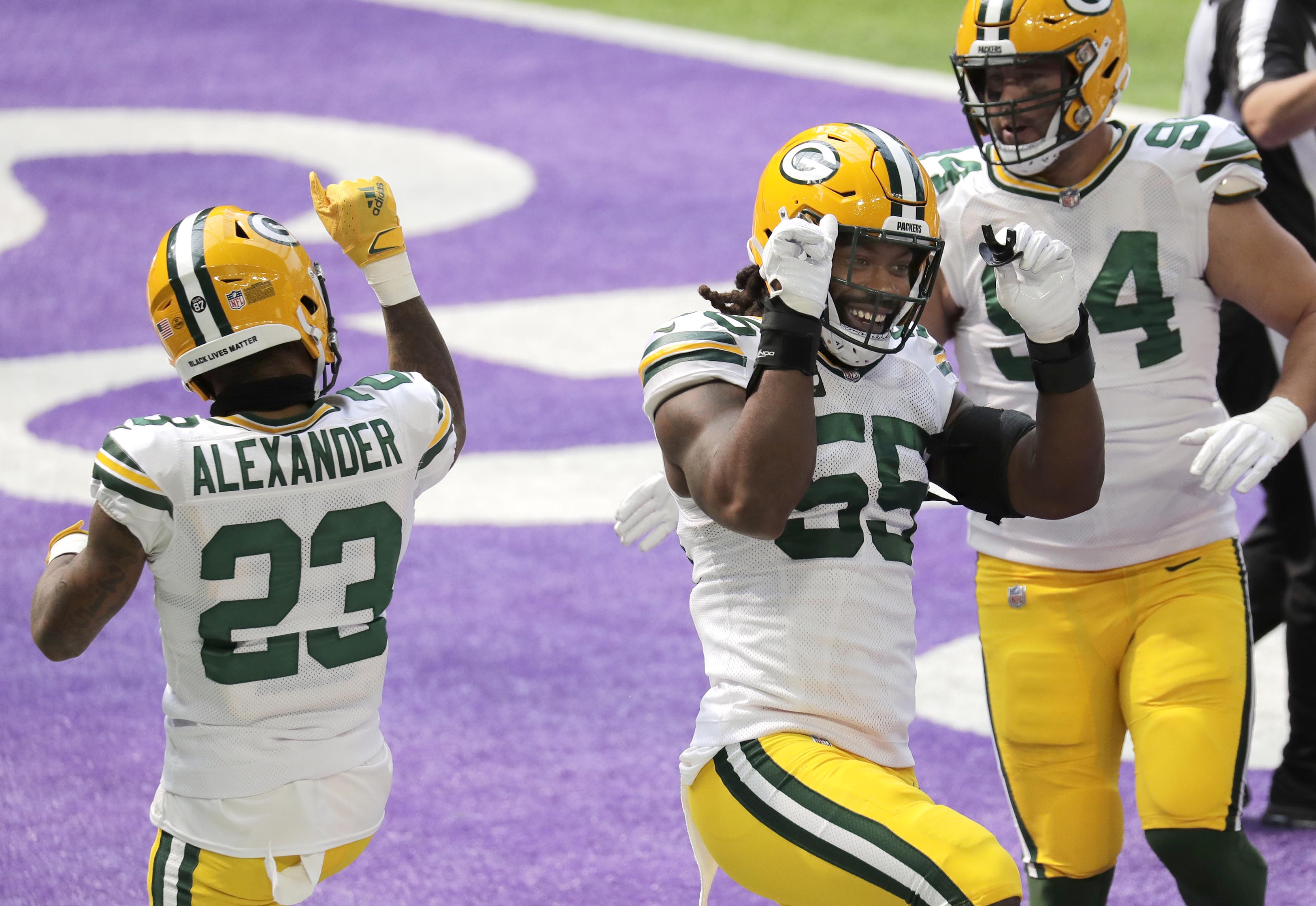 It’s hard to recall it now, but before the season opener, the Packers and the Vikings were considered the two biggest contenders in the NFC North and so this division road game was going to be a big test for Green Bay.

The game was not as close as the final score indicated as the Pack led 29-10 after three quarters and 24 of the Vikings 34 points came in the fourth quarter after the outcome was all but decided.

Several key trends became obvious in this game. Aaron Rodgers showed the world that he was going to play a different kind of game in 2020 and that he was playing an elite level. Rodgers completed 32-of-44 passes for 364 yards and four touchdowns, good for a quarterback rating of 127.5.

Davante Adams also showed how unstoppable he would be this season. The Vikings had no answer for Tae who finished the game with 14 catches for 156 yards and two touchdowns.

Jaire Alexander also showed what kind of impact he would have on the game. He intercepted Kirk Cousins and sacked him for a safety and those big plays helped turn the momentum around in the second quarter.

The offense exploded for 522 yards and the defense played well until they took a big lead when they let up a bit and let Minnesota back into the game.

The season opener announced the Packers were explosive on offense and a potential force to be reckoned with. Like last year’s season opening win in Chicago, it set the tone for the season that was to come. 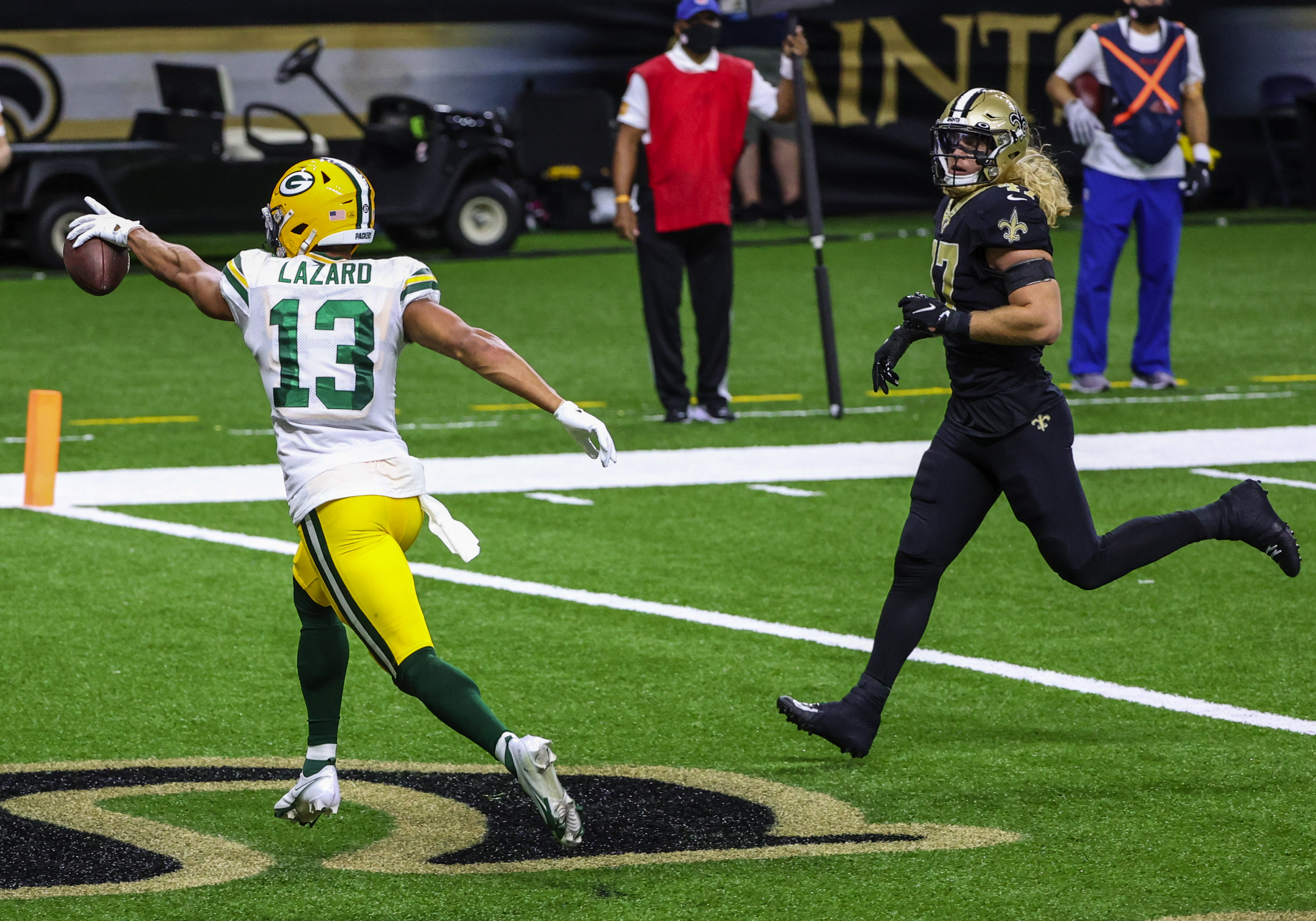 Beating the Vikings and Lions is one thing but going on the road to New Orleans to take on a contending team like the Saints represented something else. Green Bay proved they were equal to the challenge and downed the Saints 37-30.

Za’Darius Smith made a huge play when he tackled Taysom Hill, forced a fumble and recovered it himself early in the fourth quarter. That led to a Mason Crosby field goal that put the Packers ahead to stay 30-27. The Packers iced the win with a one-yard touchdown pass from Rodgers to Robert Tonyan with 2:00 left in the game.

This win showed the Packers could rise to the occasion on the road against a top quality opponent on national television.

The Packers also won without Davante Adams who missed the game due to injury. Allen Lazard stepped up and had a career day, catching six passes for 146 yards and a touchdown although he was injured and missed the next several games after this one.

The Packers also benefitted handsomely from this victory as it gave them the tiebreaking edge over the Saints in the race for home field advantage in the NFC. It also proved they could go on the road and beat a contending team convincingly. 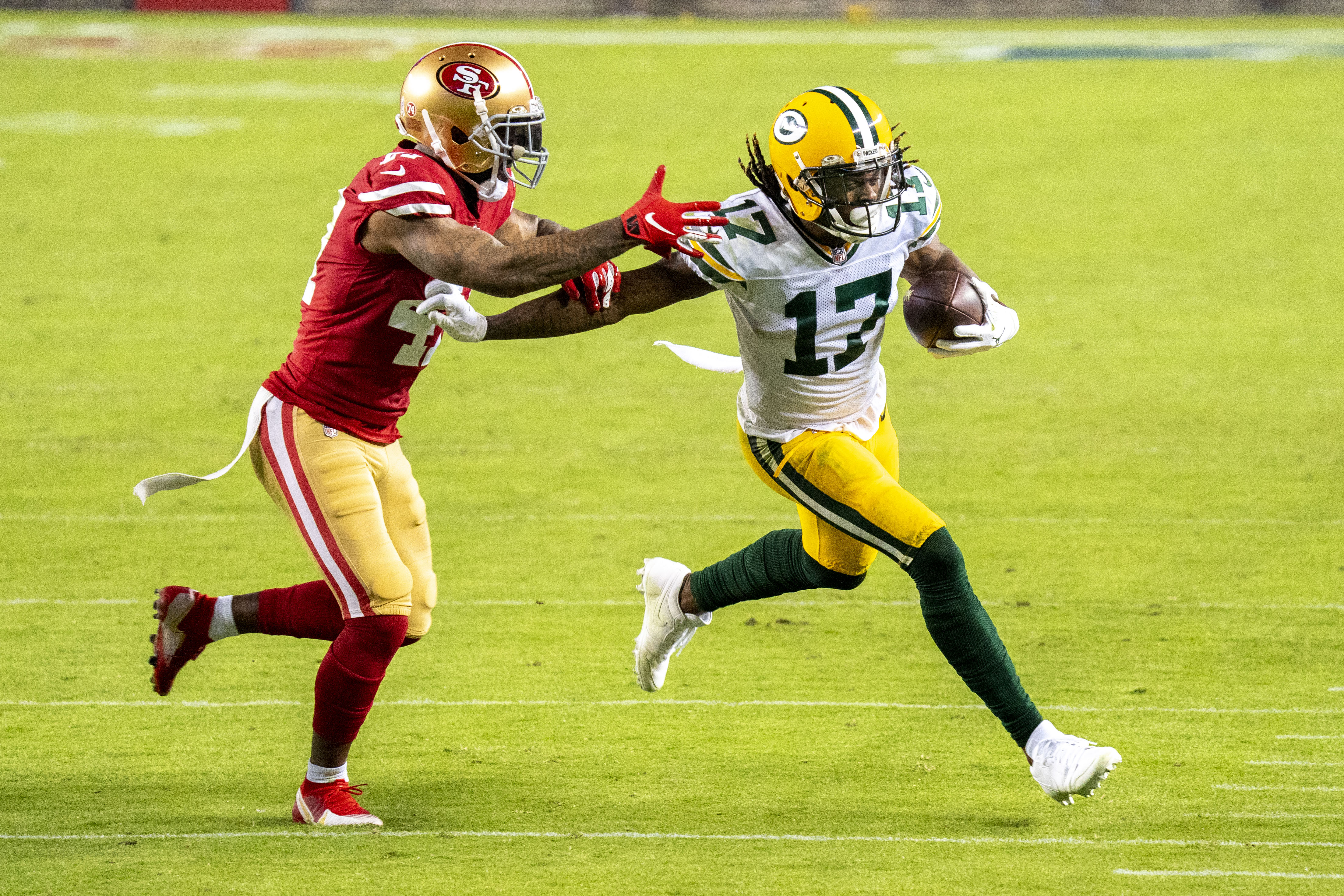 If you go back to Week 9, you realize why this was such a big win. The Packers entered the game 5-2-0 but had dropped two of three after a strong start and they were coming off a sloppy loss to the Vikings at Lambeau Field where Dalvin Cook ran all over them.

In addition, the Packers had to play a Thursday night road game after an emotional loss to a division opponent and they were playing in San Francisco where they were twice beaten badly in 2019, once during the regular season and once during the playoffs.

The Pack had to prove that this year would be different and they did. Sure, the 49ers were shorthanded due to injuries, but the Packers did what good teams are supposed to do against weaker opponents, they took care of business and beat them handily. The Pack was ahead 34-3 with 6:15 left in the game before San Francisco added two garbage-time touchdowns to make the score look more respectable.

Rodgers was deadly efficient, completing 25-of-31 for 305 yards and four touchdowns including two to Marquez Valdes-Scantling. Davante Adams was also dominant with 10 catches for 173 yards and a score.

The Packers showed they were not intimated by a trip to California on a short week and put the demons of the 49ers behind them. 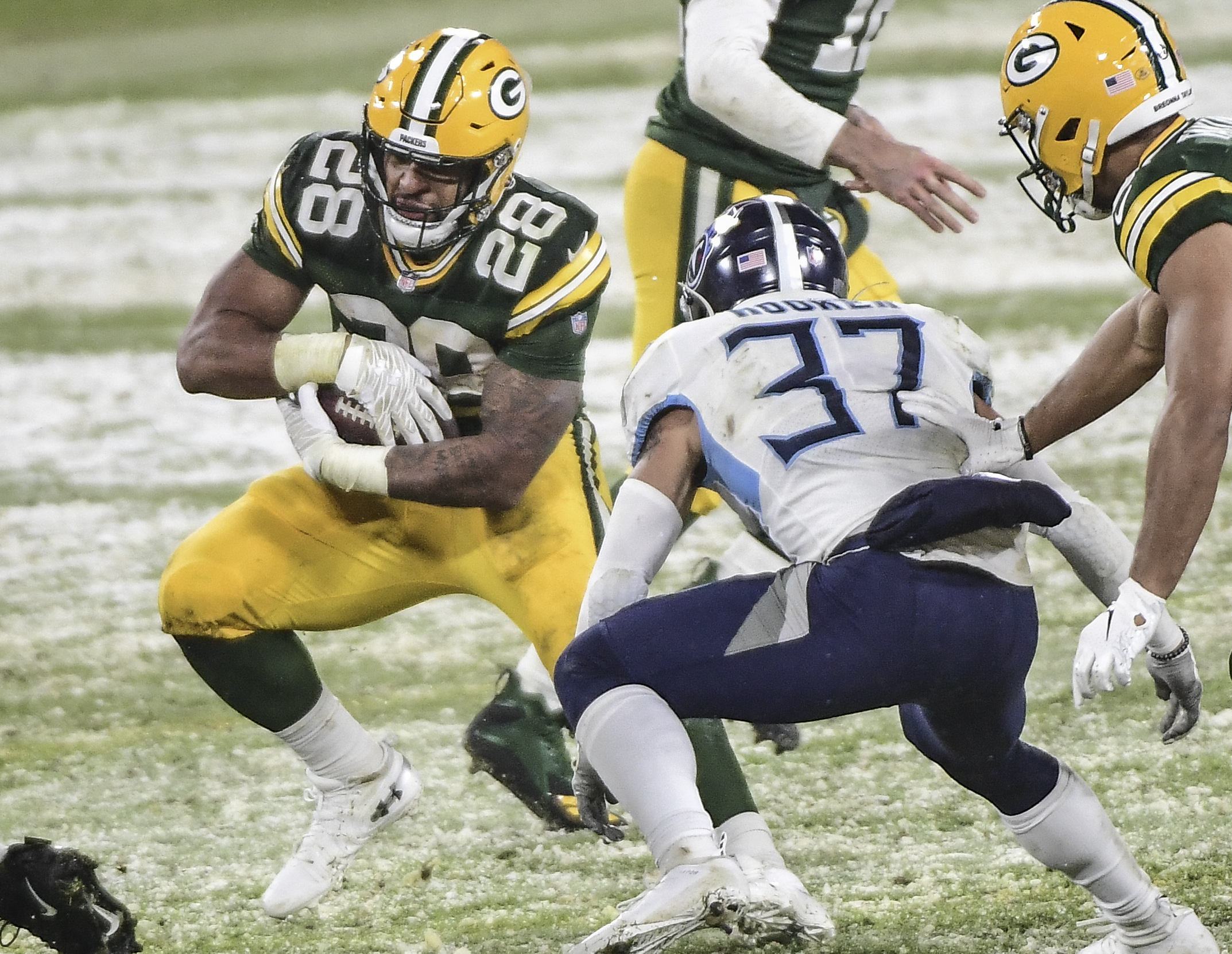 The Packers had a lot to prove when they faced the Titans on Sunday night at a snowy Lambeau Field. Critics claimed the team hadn’t beaten a good team since Week 3 and of course the Saints were without Michael Thomas, their best receiver in that game. Also, the Packers struggling run defense would have their hands full with Derrick Henry, the most dangerous running back in the league.

The Packers dominated the game in all facets. The offense was impossible to stop, the defense stepped up and the game wasn’t even close.

The Green Bay defense held Henry in check, keeping him under 100 yards for the game and a long run of just 10 yards.

The Packers played a complete, 60-minute game and easily handled the Titans 40-14. This effort provided the Packers with the signature win they had long sought this season. 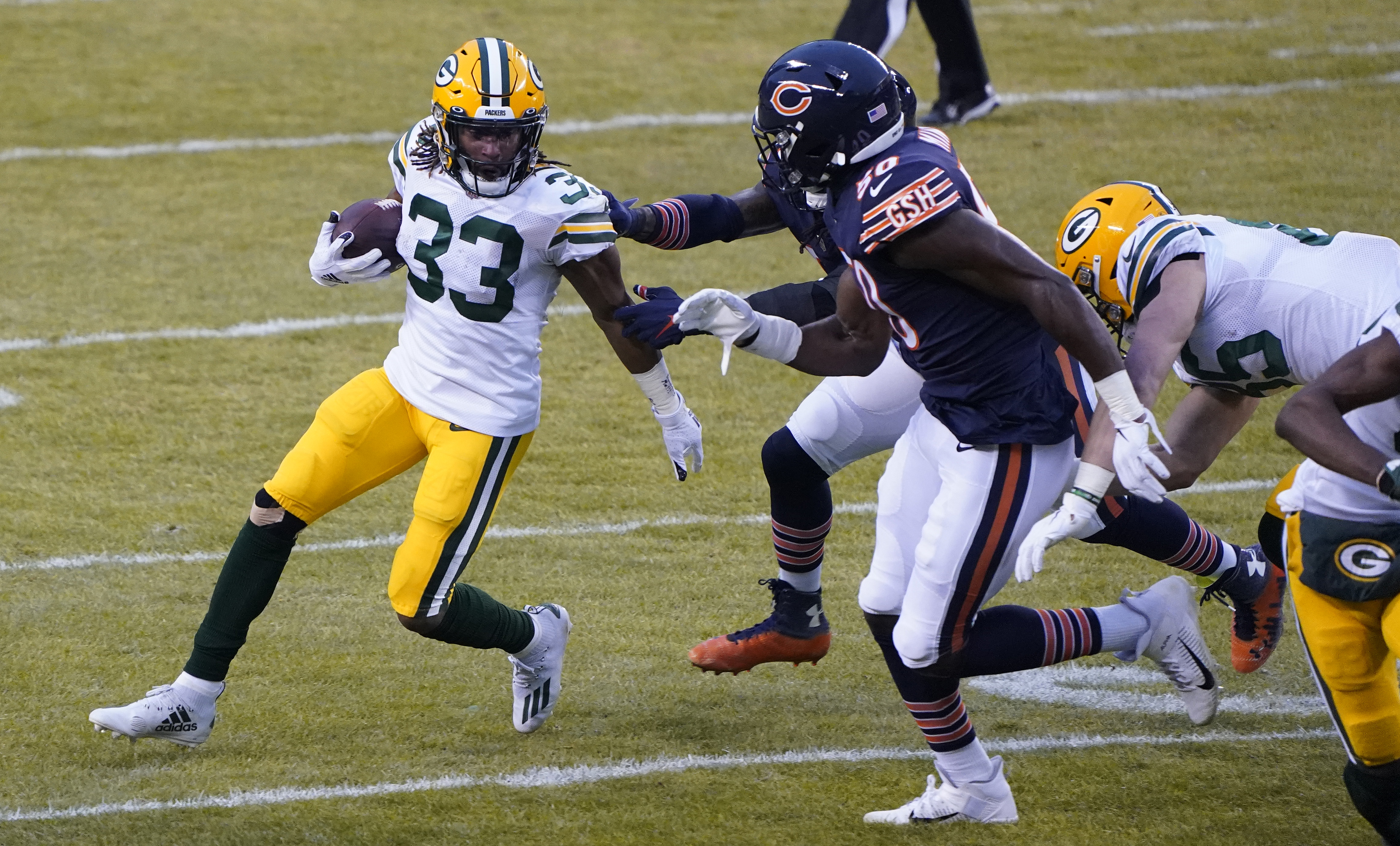 The Packers needed this win to clinch the first-round bye and home field advantage in the playoffs and they got it. Green Bay’s offense started quickly, scoring the first three times they had the ball.

Aaron Rodgers completed all 10 passes he threw in the first half and again tossed four touchdown passes to set a career best with 48 for the season. He all but locked up the league MVP award with his performance.

Davante Adams set a franchise record for most receptions in a season while the defense held David Montgomery in check and repeatedly forced the Bears to settle for field goals whenever they got near the red zone.

Green Bay got a critical road win against a division rival who needed a win to clinch a playoff spot. The Pack overcame a shaky third quarter to win the game handily and lock up home field advantage for the playoffs.